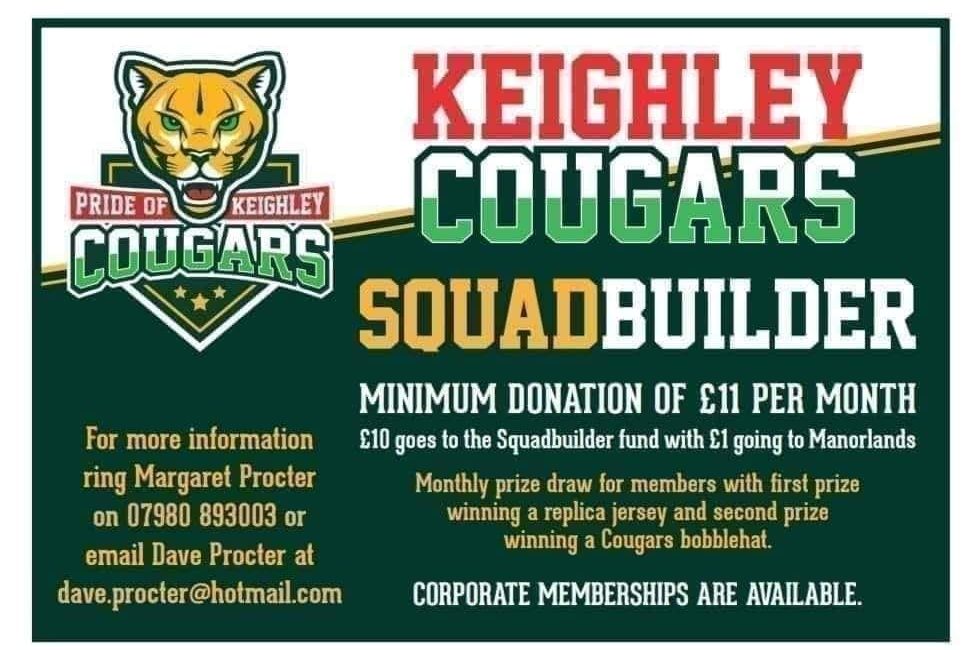 DAVID and Margaret Procter, who run the Keighley Cougars Squadbuilder and club shop, have helped to promote both the Cougars and Rugby League in Africa.

They have very kindly organising a shipment of kit to be donated to a charity which sends shirts, and other rugby items, to young people in Zambia.

Unused sets of kit were collected from the former Pennine League team at Silsden, from old Cougar Cub teams, and from the Cougars themselves, and then taken to a warehouse in Mansfield.

From where they were then loaded into a container, along with hundreds of other donations to then set sail for Africa.

Team Manager Frank Levy said: “It was a shame to leave old, but perfectly serviceable kits, sitting in a bag in a cupboard.

“So why not spread the name of Keighley Cougars, and also the joy of our sport, to a wider audience?”.

The equipment will now be at sea and on the long journey to Zambia where some kids will be the excited beneficiaries.