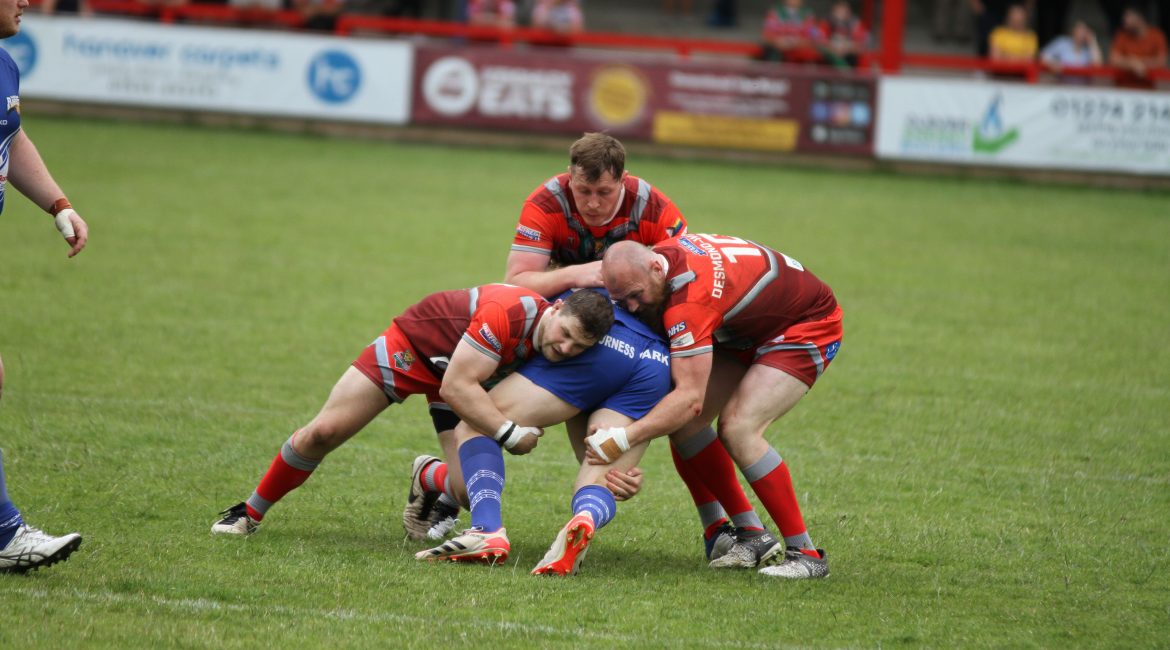 KEIGHLEY Cougars away day horrors continued as they were defeated by a dogged and determined Coventry Bears outfit.

The Bears were more than good value for their victory as they made the most of the opportunities presented to them throughout the 80 minutes to put themselves in the play-off picture.

Keighley started a brightly and nearly opened the scoring within the games first 60 seconds as Mo Agoro broke down the wing on the back of a strong carry by debutant Con Mika.

However, Coventry would then get on the front foot and scored the games first try as Dan Coates stepped through an attempted tackle and dived home beneath the crossbar.

The Cougars were rattled and tried to find a way back into the game, but Reece Rance recovered well to take Phoenix Laulu-Togaga’e into touch.

The Bears then extended their lead as they kept the ball alive on the last tackle of the set, and Liam Welham would get his outstretched arm to the line after handing off a tackler to fight through the defensive line.

There were more questions than answers, but the visitors would find a way back into the contest.

On the back of a penalty, a kick to touch from Scott Murrell would put Keighley in good field position and they shifted the ball left too Charlie Graham who would fight through a tackle to crash his way over from close range.

Coates though would extend the hosts advantage from the boot as he took two on offer after a high tackle 25 metres out from the line.

The Keighley defence would hold Brad Clavering up over the line, but the boot of Coates again kept the scoreboard ticking over after a harsh call was given against the Cougars for offside by the officials.

Rhys Lovegrove’s side finished the half strongly, and nearly found a way through as Dan Parker broke down the field, but play was pulled back for offside.

And just before the interval arrived, they would find a way over the line as Phoenix Laulu-Togaga’e flew over in the corner for his first professional try.

As the second half began, the Cougars came flying out the traps.

After force two knock-ons and a dropout through solid defence, Dalton Desmond-Walker kept the ball alive on the final tackle of the set.

He offloaded to Scott Murrell who shifted play left and used the numbers advantage to send Phoenix Laulu-Togaga’e racing through to score his second try of the evening.

With the margin now only at four points, Keighley continued to push but a moment of controversy would bring their momentum crashing to a halt.

Quentin Laulu-Togaga’e broke the Coventry line and raced through to the line to score, but, as he went to touch down the referee would stun the Butts Park Arena by pulling play back and awarding the Cougars a penalty instead of allowing the advantage.

The immediate outcome would be two quick fire tries that would seal victory for the home side.

Darius Hamilton would score the first, as he powered his way over after coming onto the ball strongly.

And just three minutes later, a missed interception attempt left a hole in the defensive line from which Sam Bowring strolled through to crash over.

With backs against the wall, the Cougars knew it was a case of now or never but attempts to force plays and create opportunities would lead to errors that coughed possession back up to their hosts.

Mo Agoro would score a consolation on the sound of the final hooter, diving home in the corner.