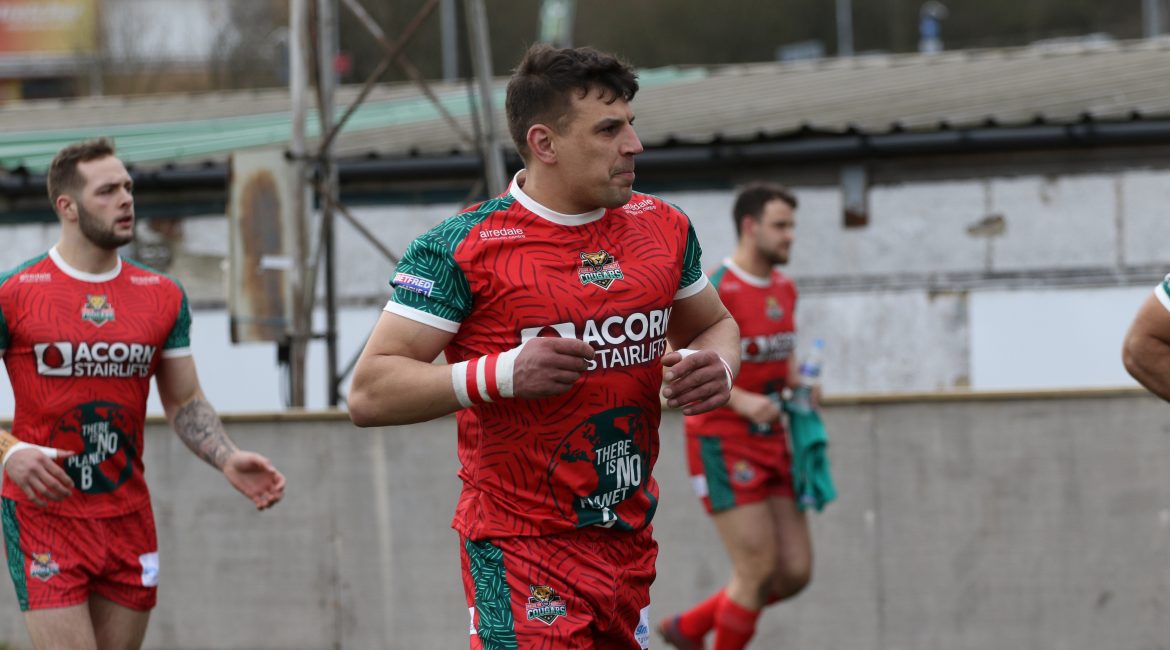 Next up in the hotseat, ahead of making his 350th appearance for the club this weekend, is James ‘Buster’ Feather!

Previous Clubs: None, just the Cougars.

Biggest Inspiration on you Career? My Father

What attracted you to the club? The original Cougarmania when I was a kid, the entertainment before the games was first class

Longest in the shower? I wouldn’t know, I’m always in and out and straight to the bar

Which player wouldn’t you want to be stuck in an elevator with? Scott Murrell

If you could invite any 3 people over for dinner, who would they be? Brendon Rawlins, Olly Pursglove, Josh Lynam

What 3 things would you take with you to a deserted island? I’d only take my dog, that will do for me.

Tell us a joke? Two snowmen are in a field and one said to the other, do you smell carrot?