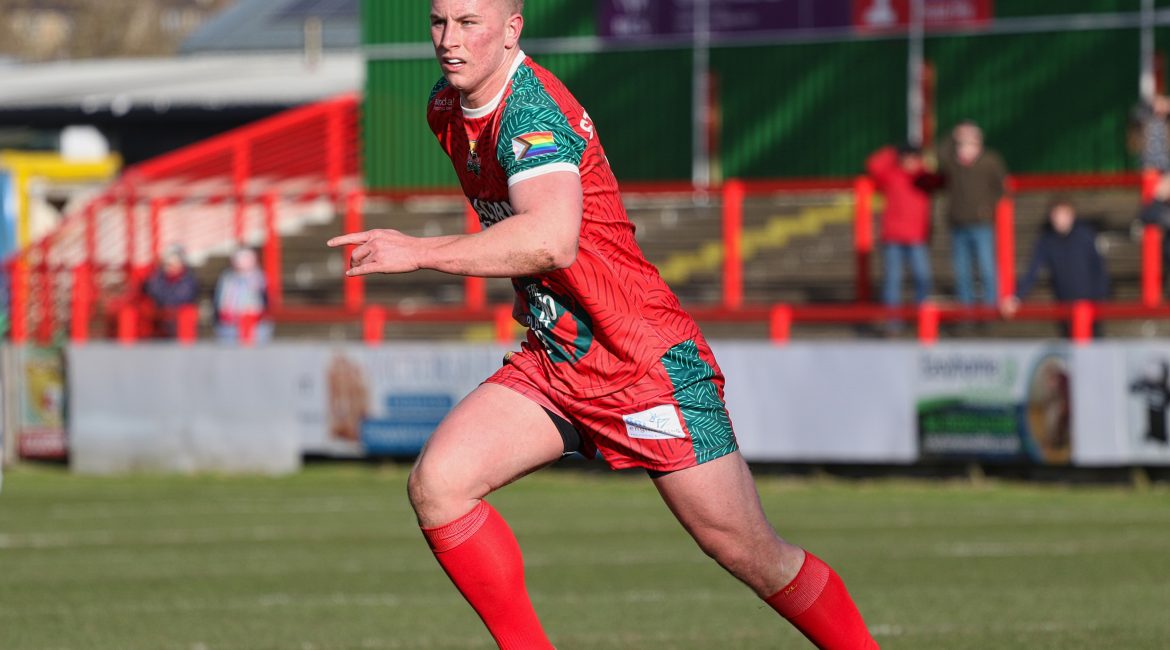 In the next of a new addition to our matchday preview series, we sit the players down for a series of quickfire questions.

Second up in the hotseat for this season is last week’s Man of the Match, Alix Stephenson!

What attracted you to the club? My Grandad, Dad, and Uncle have all played for the club and I wanted to follow in their footsteps

Favourite Memory as a Cougar? Scoring on my home debut at Cougar Park against the North Wales Crusaders

Longest in the shower? I wouldn’t know, I’m in and out so quickly myself

Favourite band/artist? I like all types of music, don’t have a specific favourite

If you could invite any 3 people over for dinner, who would they be? Will Ferrell, Tyson Fury, Michael Jordan

What 3 things would you take with you to a deserted island? Phone, Mattress, Speed Boat

Tell us a joke? What did one ocean say to the other? Nothing, they just waved!