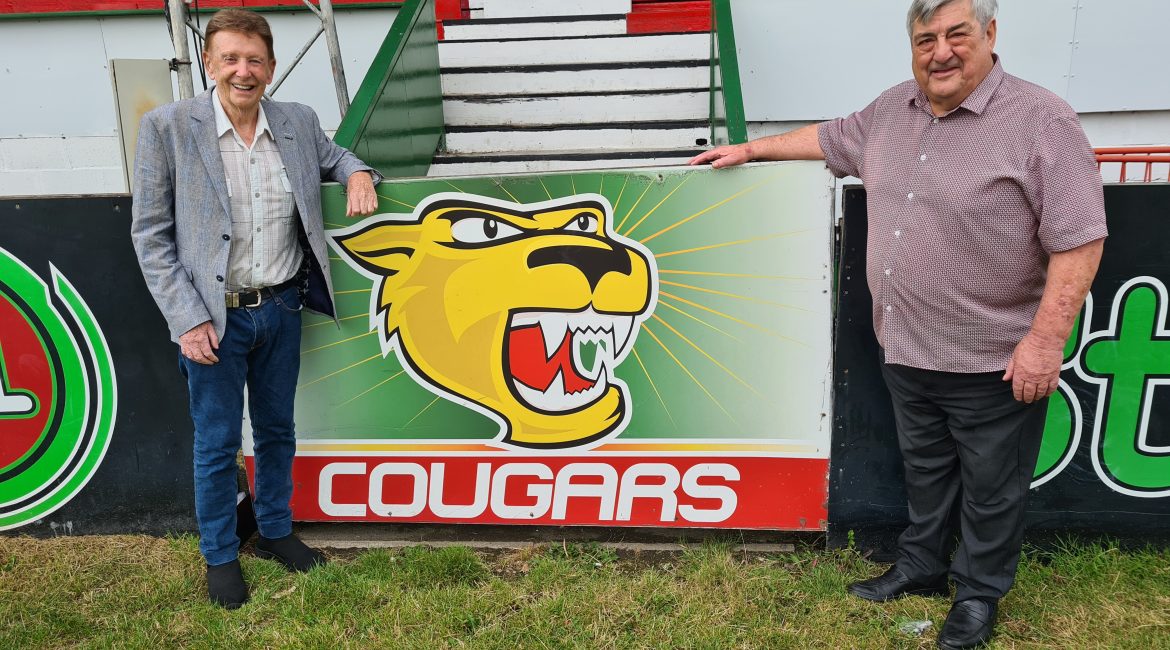 The former Keighley Town mayor was a part of the original application process for the development following the return of the O’Neill family at Cougar Park in 2019 before leaving the role as mayor last year.

Mick was keen to place his thanks on record to Peter after yesterday’s announcement of the new build Danny Jones Stand, expected to be completed in time for the 2024 season.

And the pair are both delighted to see the plans now coming to fruition following the chain of events that began as a conversation between the pair back in January 2019 after the Cougars chairman returned from Australia to save the club.

“As a boyhood fan of Keighley, I am delighted to see that the redevelopment of the main stand is to begin,” beamed Corkindale.

“I remember walking down Lawkholme Lane as a young boy and the stand was always the first part of the ground you would see and generate that excitement.

“It is important that the Cougars as a club but Keighley as a town has a legacy to carry forward into future generations and this stand is one of those legacies.

“The new stand will provide a community hub for the town as a whole to use and provide opportunities for our young people.

“It will also continue to honour the memory of the late Danny Jones who the stand is named after, and I am delighted that the club will continue to carry his name on the new build.

“I will be sad to see the old stand come down in the coming months, but I am excited to see the new build and the future ahead for the club and the town.”

Chairman O’Neill added: “I would like to place on record my thanks to Peter for his support in this project.

“When I first came back to the club in 2019, the first thing I wanted to do was build a new stand and Peter at the beginning was a major advocate for the club to do so.

“Now we have the funding and will begin work subject to planning at the end of this season, I like Peter, am excited about what the future holds for the club and the town.

“I stated on that first night in Keighley Cricket Club that I wanted to leave a new legacy, but a part of that legacy was one that benefitted the disabled supporters of the club.

“The new stand will provide our disabled supporters with modern and accessible facilities that will make their enjoyment of gameday at Cougar Park even more enjoyable.”