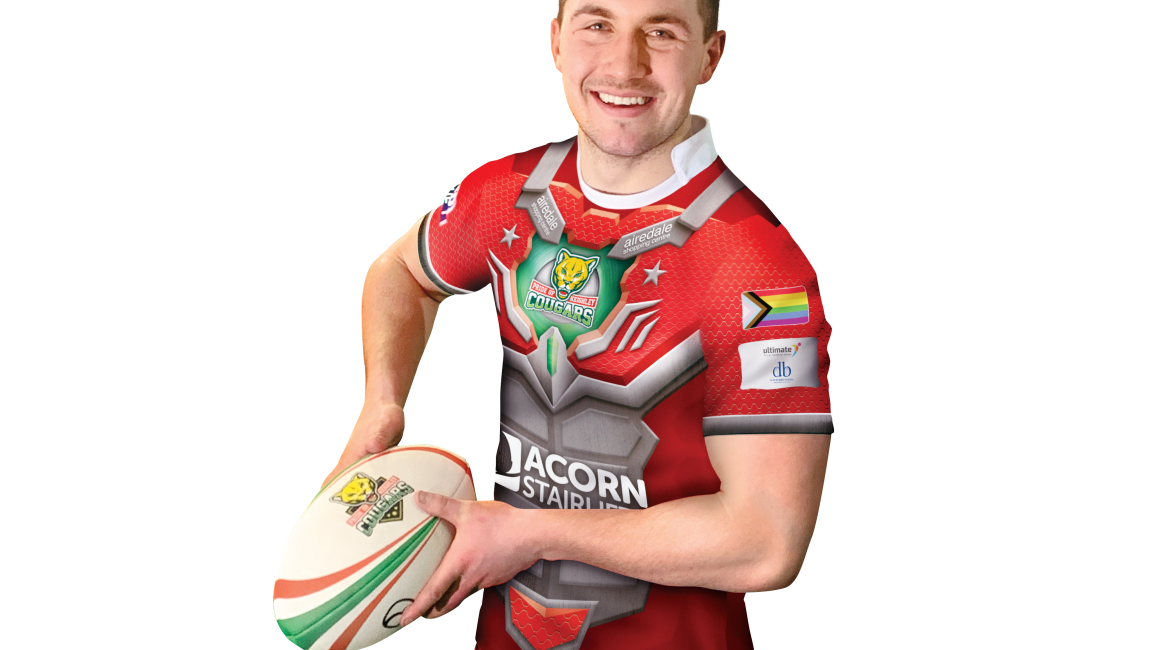 Professional rugby league team Keighley Cougars have incorporated the Progress Flag on their playing kits for the 2021 season, making us the first professional sports team in the world to do so.

The Progress Flag includes the traditional rainbow and in addition includes black and brown stripes to represent people of colour, and baby blue, pink and white to represent the trans community.

Keighley Cougars became only the second professional sports team in the world, after the Chicago Cubs baseball franchise, to have an openly gay owner in 2019 when Ryan O’Neill and husband Kaue Garcia took over the club.

The club then committed to inclusivity and equality for all when they hosted a Pride Game against the West Wales Raiders in July 2019 at Cougar Park, which was also a first for professional sport.

Keighley Cougars are committed to inclusivity and equality for all people and will continue to hold inclusive events.