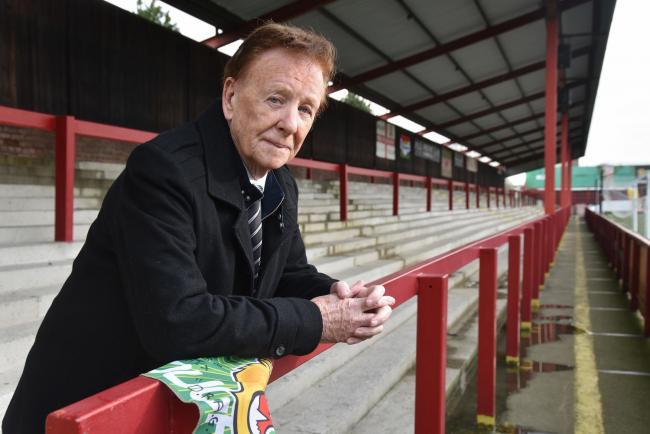 IT was 25 years ago today that Keighley Cougars swept aside Huddersfield 26-6 to win the Second Division Premiership final in front of thousands of their adoring fans at Old Trafford.

But for then-chairman Mick O’Neill, it is hard to remember the day with fondness, after the club were dealt the bitterest of blows a month earlier.

They had romped to the Second Division Championship title, but with Super League on the horizon, Cougars were denied promotion at the expense of London Broncos, who only finished fourth.

Twenty-five years on, with O’Neill at the helm again, Keighley have still never reached the promised land of Super League.

Speaking to the Keighley News, O’Neill said: “We had invested in Daryl Powell and spent big money to get up there, and it all collapsed.

“Something I didn’t like was why they (the RFL) didn’t tell us when we were battling away rather than at the end of the season in April.

“We fought it and were in and out of courtrooms. Why did they let us buy Daryl Powell if they wanted London up?

“Nobody told us and we’d invested a lot of money. I lost quite a lot personally.

“I think it was the biggest travesty in sport, it should never have happened to us.”

Speaking about how Cougarmania transformed the community and the game itself, O’Neill said: “According to the police, the crime rate had gone down tremendously (since we joined in 1991), because the youths, mums, dads and crowds were all down here.

“We did all right but we got stood on. It was teams in Super League that voted against us (going up) too and I found that disheartening. They just wanted to share their money between them. There was a lot of jealousy.

“We were told by one club that our music was rubbish, but six months later they had music, acrobats and all sorts.

“We helped out schools and all the big clubs came to see what we were doing, like Wigan and St Helens. They all followed it.”

Speaking about the fight to go up and the aftermath, O’Neill said: “It was unjust, Batley came second and should have gone up with us. We fought it together but they backed out as they thought they were fighting a losing battle, whereas I thought we might still pull it off.

“(After missing out) I was heartbroken and felt wrecked that so much effort had gone to waste, so I decided to leave the club and go back to live in Australia.

“We had a great team at Cougars then and I think we could have been in the top four or five of Super League.

“The fans were brilliant, at a time for rugby league where crowds for a lot of run of the mill clubs were dwindling, we would sometimes take 3,000 or 4,000 to away matches.

“It was scandalous that we were denied and it still gets me emotional now. Even after all these years, I’ve never got over it.”