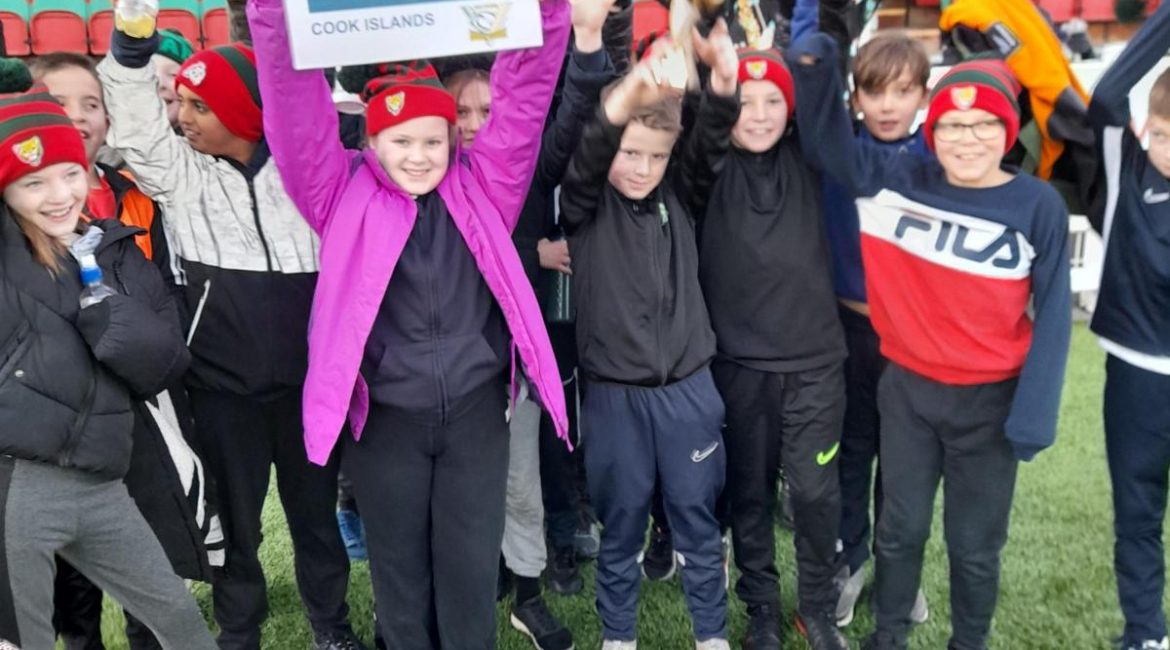 A RUGBY league tournament which brought together schoolchildren from across Keighley has been hailed as a huge success.

After the sport’s 2021 World Cup was postponed, the Cougarmania Foundation decided to hold its own version of the event.

Keighley Cougars players and coaches delivered training sessions in a dozen primary schools for six weeks leading up to the tournament, when each school was allocated a nation to represent.

Due to poor weather in the period before the event, the matches were switched to Keighley rugby union club’s 4G pitch.

Four round-robin competitions were held simultaneously, which resulted in St Joseph’s (Cook Islands), Worth Valley (Tonga), St Anne’s (Italy) and Our Lady of Victories (England) making it through to the semi-finals.

St Joseph’s and Our Lady of Victories then met in a competitive final, with the former coming out on top and lifting the trophy.

Joe O’Keeffe, general manager of the Cougarmania Foundation, thanked those who gave their support and said it was hoped to hold similar events in the future.

“We are very grateful to Keighley rugby union club for making us welcome at its fantastic facility at Utley – I must say a huge thanks to Graeme Sheffield for his help and hospitality,” said Mr O’Keeffe.

“We’ll continue to give young people in Keighley the opportunity to engage in sport and we hope to see some of the children involved in this programme playing for community clubs – hopefully some will progress to be Cougars of the future.

“The foundation is very grateful to Bradford Council and Keighley Area Committee for funding what was a very enjoyable event for all concerned. We have received extremely positive feedback from all the schools involved.”

Among those at the event was Keighley town mayor Councillor Julie Adams, who opened it and also presented the trophy to the winners.

“I was delighted to attend this fantastic tournament,” she said.

“It was great to see so many children enjoying themselves whilst participating in sport and I hope this is the first of many such events.”