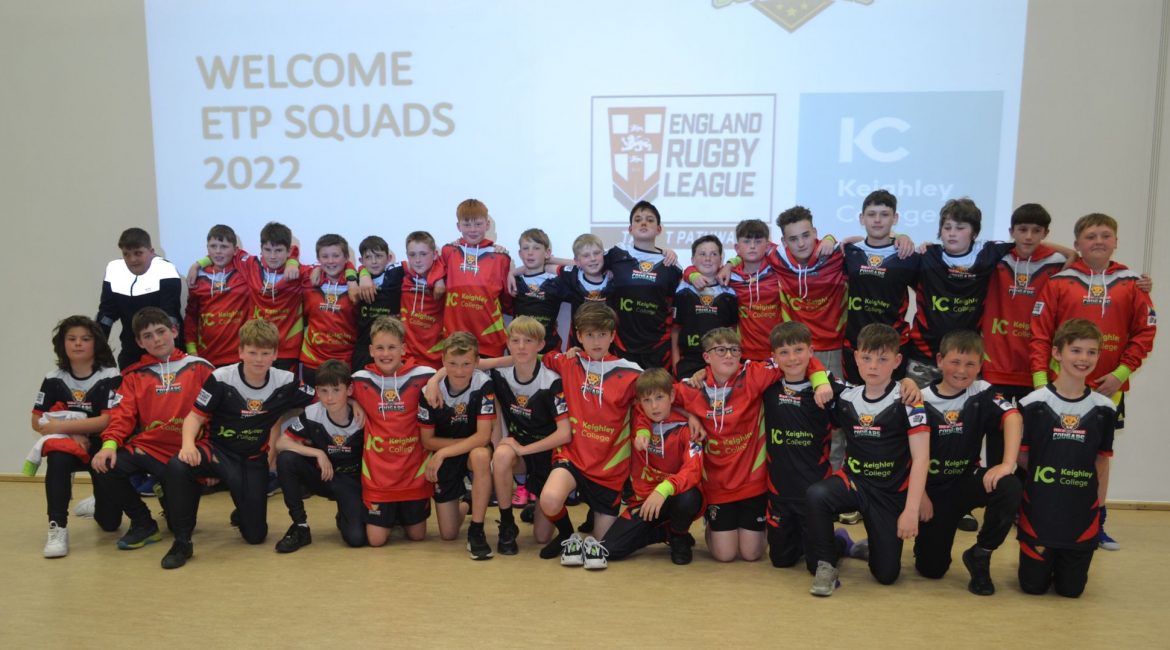 The Keighley Cougars England Talent Pathway programme, sponsored by Keighley College, was officially launched last night, and will run until the first week in August.

The launch event saw those who will play on the Under-12’s programme attend an evening presented by lead coach Dean Muir and Cougars Head of Rugby Andrew Henderson.

Speaking at the launch, Henderson said: “I am really pleased to finally see our England Talent Pathway (ETP) get off the ground.

“It was brilliant to see so many young players of the future with their parents last night, and you could sense the enthusiasm and excitement from them all.

“It is an introduction for these young players to life as a professional rugby league player and forms the first stages of our performance pathway.

“As a club we employ a strong development philosophy, and this programme supports this by giving local players an opportunity to learn and develop skills to a higher standard.

“A lot of work has been done behind the scenes to make this a reality.

“I would like to personally thank the fantastic support from our club owners, our major sponsors Keighley Cougars, our committed coaching team, and tireless volunteer staff.

“Also, thanks finally to Amin Ali at Carlton Keighley for being a great host and arranging our training facilities for the squad.”

“It was an amazing turnout with over 30 players for the under-12’s side attending,” added Muir.

“The players came from a variety of clubs, and it was also amazing to see the parental support.

“That support gives young people within Keighley an opportunity to start their pathway into professional rugby league.

“This pathway shows Keighley Cougars progressing as a club and hopefully creating a new pathway for players to go on a play for their hometown club as we understand how important it is for our fans to support players who what it is to play for this club.

“It was a really professional and sharp start to the ETP, and I would like to thank the coaching staff and volunteers who have given their time to better young people and expand their knowledge of the game.”

First training session will take place on Wednesday 18th May at Carlton Keighley where the players will be skills assessed and fitness tested.

The programme however will focus primarily on core skill development and athletic movement and supported with some education in nutrition.

There will be some playing opportunities for the kids at some stage throughout the programme against other professional clubs that run similar programmes.

With it being our first year getting it off the ground, we have decided to focus heavily on our under-12’s programme and will run an under-16’s development squad.

Next year we are hoping to run all 3 teams of an under-12’s, under-14’s, and under 16’s, and possibly a girls section if we can recruit enough quality coaches and players for it.

For more information on the England Talent Pathway (ETP) then please keep your eyes on our website and social media channels, or alternatively buy a copy of #PRIDE at our home games.