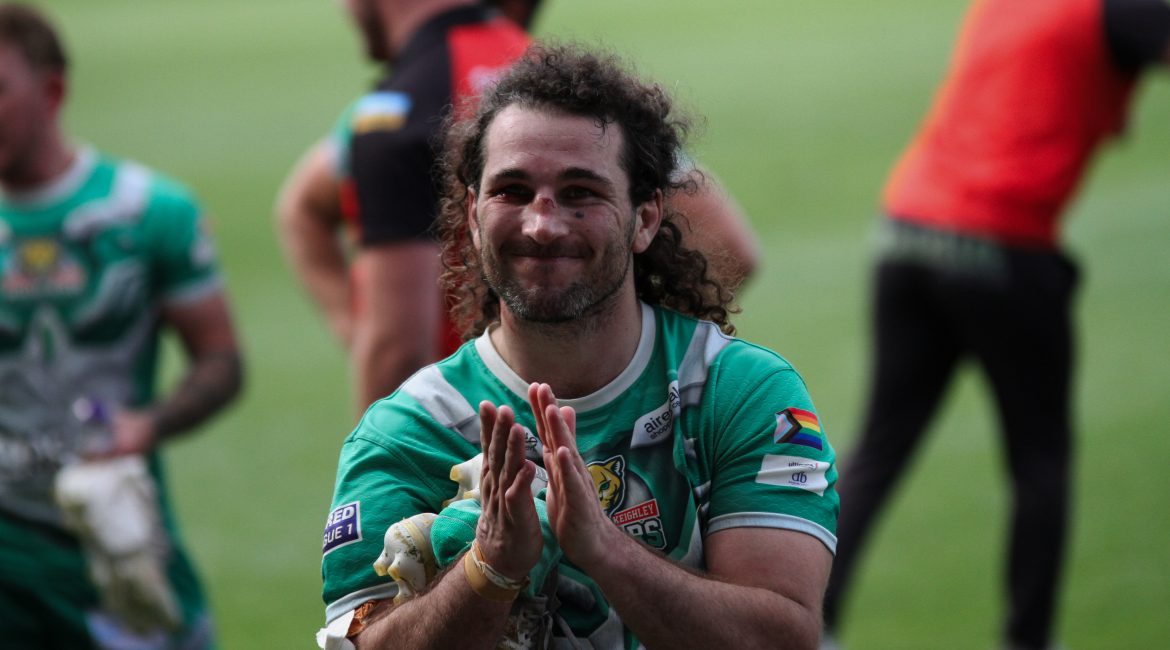 KEIGHLEY Cougars are today delighted to announce that Brenden Santi has agreed a new two-year deal with the club.

The Italian national team captain has set Cougar Park alight since arriving from the Newcastle Thunder ahead of this season, with both Head Coach Rhys Lovegrove and Chairman Mick O’Neill MBE acting quickly to secure his services until the end of 2023.

Speaking of the decision to retain Santi, Lovegrove said: “Brenden has added top level experience to this organisation since joining.

“I have been really excited by the leadership qualities he has brought to us as a club both on and off the field and to see him progress to the next stage of his career with Keighley has been exciting for both myself and the fans.

“When he’s not on the field you notice that we miss certain aspects from our game, and it is not surprising that those aspects are represented by Brenden Santi.

“As both a player and as a human being, Brenden is a massive part of everything we do both on and off the field and that’s shown by the appreciation he receives from his teammates and the supporters.

“I’m delighted he sees his future with us here at Keighley and I’m looking forward to Santi continuing to be a big part of everything we do and want to achieve at this club.”

Joining the Cougars for 2021, Brenden has quickly cemented himself as a fans favourite both on and off the field.

Moving into the town after joining the club, Santi has become a friendly and familiar face to all those who live locally.

Becoming a regular sight within Keighley itself, he has partaken in several community activities such as coaching on the Cougars holiday camps, supporting local businesses, and supporting mental health in the local area along with teammate Dalton Desmond-Walker.

His herculean efforts in both defence and attacks on the field have also wowed the Keighley faithful to date this year, whether he be playing in the front or back rows, reaping his own rewards as he has scored 11 tries in his 15 appearances so far this season.

These qualities and attributes, coupled with his leadership qualities, has seen him firmly established as a favourite amongst both supporters and teammates alike.

And after putting pen to paper on his new deal, the utility forward couldn’t hide his delight at staying not just with the club, but also to putting down roots in his home away from home.

“It was an easy choice really to stay at Keighley,” admitted Santi.

“The Cougars are a great club with a real passionate community backing them.

“Some great things are happening at this club, and I want to be a part of that.

“I couldn’t be happier with my decision and I’m really looking forward now to showing what our club and little town has to show for ourselves in the future.”