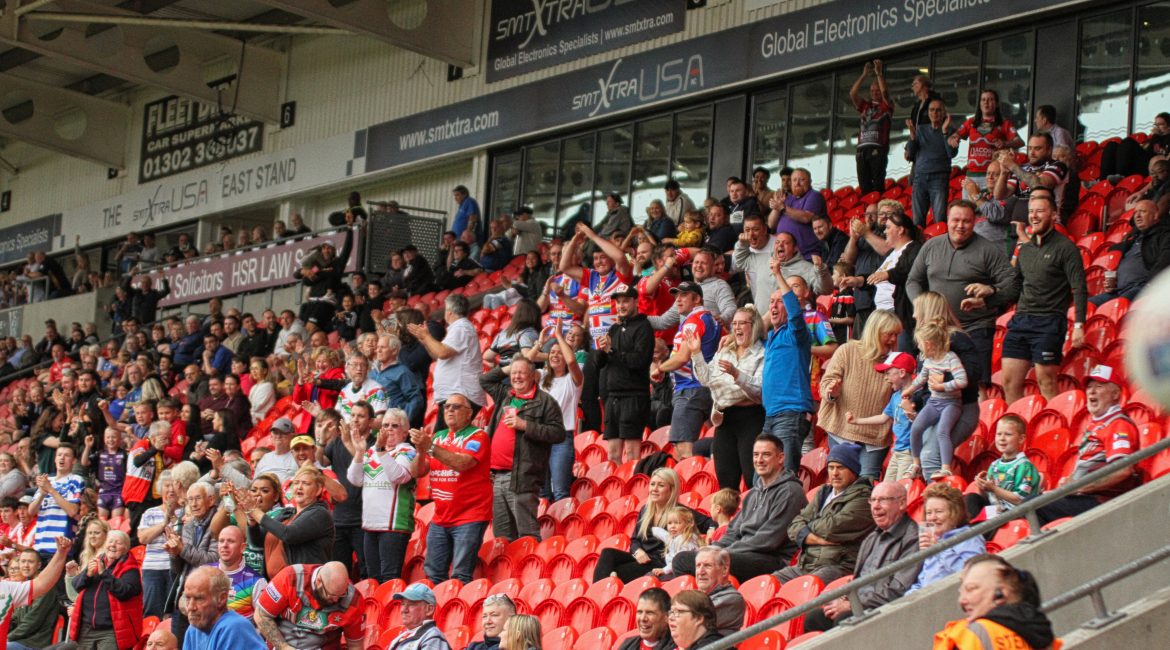 AHEAD of Sunday’s trip to Derwent Park to face Workington Town in the Betfred League 1 play-off semi-final, the club have four SOLD OUT buses making the journey north.

As a result of this, the club are today issuing the following statement to inform those on the buses of which of the four coaches they are allocated too for Sunday.

The idea of this is to allow you the supporters to familiarise yourself with the rules of the coaches and which coach you are to travel on to make it easier for both yourselves and the staff present prior to departure.

As a thank you for your incredible support, all those travelling on the buses will be treated to FREE Cougars goodies which have been paid for and provided by the club!

ALL supporters who travel will be given a Keighley Cougars scarf, club Hawaiian necklace, club branded flashing badge, and club-coloured ponchos.

We will also be holding raffles on each bus with a SIGNED 2021 home and away jersey and a box of chocolates available to win on each coach.

Raffle tickets will be priced at £2 per strip with the money raised going back into the club to help us build for the 2022 season.

The coaches will be departing Cougar Park at 10AM SHARP meaning that any supporter who is running late without prior notice will be unable to travel on the buses.

Supporters who have not paid in advance of arriving on Sunday will NOT be allowed to board the coach until payment has been made.

If you are paying upon arrival on Sunday morning, please make sure you arrive in plenty of time to pay and you can make your payments directly to HAZEL STEVENS who will be located near to Bus One.

Please make a note of your bus number and bus steward prior to arriving at Cougar Park on Sunday morning, the bus stewards are as follows:

Please also note that for group bookings, the lead person will be that of the name the seats were booked under meaning that individual will be responsible for all payments and behaviour of those booked under their names.

En route to Workington, the buses will be making a short 15-minute stop at Tebay services to allow supporters to use the facilities available BUT no buses will be stopping in Cockermouth for a pub stop meaning that once the buses depart Tebay, they will be travelling directly to Derwent Park.

We will also be providing bin bags to allow supporters to clean up any rubbish they will make during the journey to and from Workington.

We hope that all supporters enjoy their day, and we want you to make plenty of noise, back the boys, and hopefully cheer us onto victory that will result in a home Grand Final at Cougar Park in a fortnight’s time.