Toby Everett Comes In On Loan To #JoinThePride 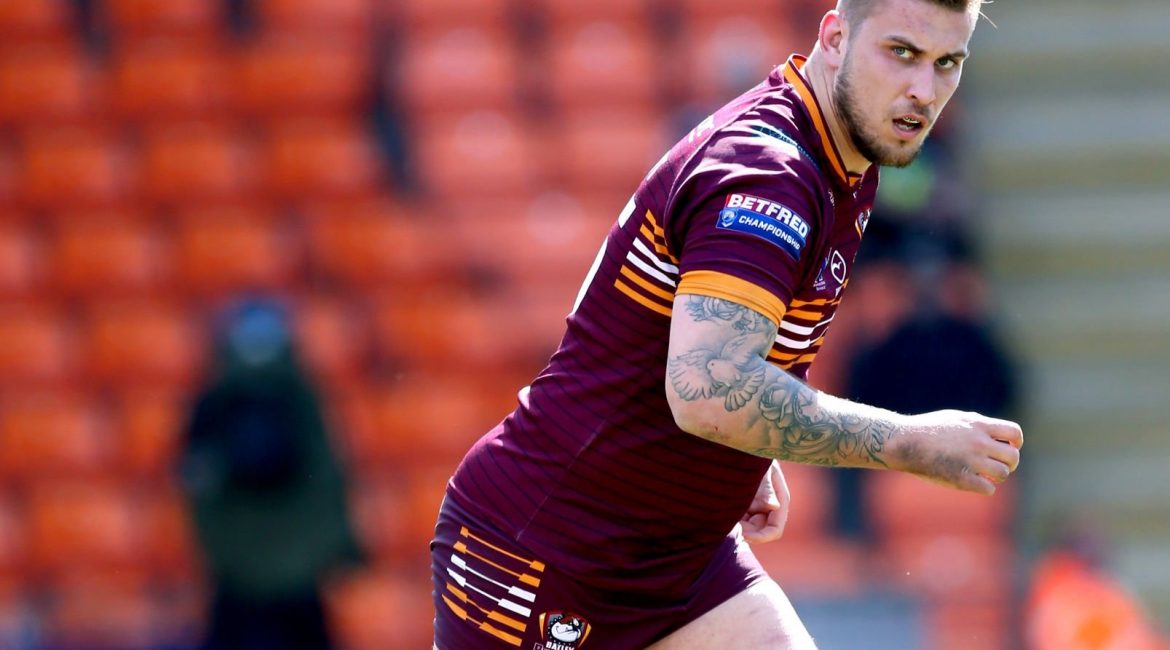 KEIGHLEY Cougars are today delighted to announce the signing of Toby Everett on loan.

Everett, a 6’3 prop forward with over a century of career appearances, joins the Cougars with immediate effect from Championship club Batley Bulldogs.

The decision to bring Toby to the club was taken after Anesu Mudoti sustained a shoulder injury playing for the Bradford Bulls reserves last weekend that is set to rule him out of action for a minimum of 6-8 weeks.

Speaking of the latest addition to the squad, Head of Rugby Andrew Henderson said: “With the news of Anesu Mudoti’s recent injury we felt it was necessary to find a quality replacement to keep challenging our current middle unit players and help take this team forward.

“Toby brings Championship and Super league experience but more importantly is a good person who will bring plenty of positive energy and enthusiasm to the group.

“He has always demonstrated a willingness to learn and want to improve his game.

“Hopefully his performances here will help the team and he grows with us during his time here.”

Born in Kent, Toby began his rugby league career in the junior game with the Greenwich Admirals before being signed by the London Broncos at 16 years old.

Whilst in the academy at the Broncos, he would go onto become a regular in their Under-19 side whilst also representing England at youth level.

Everett’s performances attracted the interest of other Super League sides, but he committed his future to London and would make his professional debut for the club against Salford after their relegation from the top tier was confirmed.

Ahead of the 2017 season, Toby would join the Toronto Wolfpack on loan, but a knee injury would restrict him to 3 appearances for the Canadian outfit before he moved north to sign with the Dewsbury Rams.

Helping the Rams to consecutive Championship Shield semi-final appearances, his impressive form during his 36 appearances at the Tetley’s Stadium would see a move across the Heavy Wollen divide to join the Batley Bulldogs ahead of the 2019 season.

To date, Everett has made 55 appearances at Mount Pleasant and was a crucial part of the side that finished 4th in the Championship last season before being defeated in the play-off semi-finals by the eventual winners Toulouse Olympique.

However, he has not featured as regularly this season as the Bulldogs have again cemented themselves in the second tier’s top six and this prompted Craig Lingard to loan the player to his former club.

Toby has been allocated the number 35 jersey and is kindly sponsored by KBW Barristers Chambers.