Toby Everett To Stay With The Pride 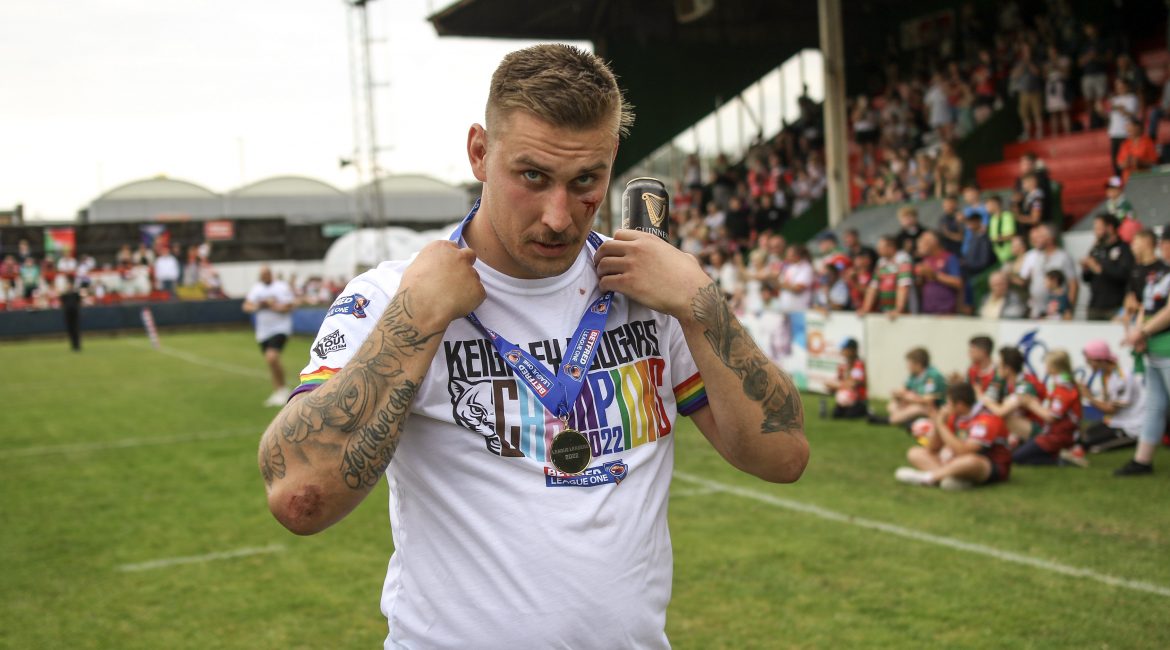 KEIGHLEY Cougars are this evening delighted to announce that Toby Everett has signed a permanent deal with the club.

The forward, who is currently on a season-long loan from the Batley Bulldogs, has penned a two-year deal that will keep him at Cougar Park until the end of the 2024 season.

Becoming a regular within the side since his arrival in May, his barnstorming runs and hard-hitting style have seen Toby establish himself as a favourite amongst the Keighley faithful.

And now making the move on a permanent basis following promotion, he is grateful for the carrier renaissance that the club have provided him.

“With the season not going to plan at Batley, I was extremely grateful to Rhys and Andrew for bringing me into an organisation as successful as this one,” said Everett.

“After playing my first game down at West Wales, and being made to feel so welcome, it was a no brainer that I wanted to stay for the remainder of this year and help this fantastic club get to the Championship.

“All my family have been made to feel so welcome at every game they have attended both home and away, and that meant an awful lot to me.

“When the opportunity was offered to me to stay long term, I sat down with my Mrs and knew this is the club where I wanted to be to further my career.

“I would like to thank Batley for everything they have done for me over the past few seasons, but I am excited to be staying at Keighley for a further two years.

“I am ready to rip in and continue to learn and develop under Rhys and his great coaching staff.”

Head of Rugby Andrew Henderson added: “Toby has progressed well in our environment this season since his arrival from Batley.

“He has fitted in with the playing group and we have seen an improvement in his performances over the course of the season which has earned him a new deal.

“Toby has made the most of the opportunity on loan in showcasing to the Head Coach what he has to offer this team going forward.

“I feel Toby has yet to reach his peak as a player and can develop further under the guidance of Rhys and his coaching team over the next two years.

“We are pleased to have secured Toby’s services for the next two seasons.”

Born in Kent and produced by the London Broncos academy, the towering prop broke through at a young age whilst also further his development with spells out on loan at the London Skolars and Hemel Stags.

From there, Everett would move north and sign with the Dewsbury Rams on the back of a loan spell with Toronto Wolfpack.

Impressing in a struggling Rams team, he crossed the heavy woollen divide to sign with the Batley Bulldogs ahead of the 2019 season.

A regular at Mount Pleasant, Toby would feature in the Batley side that qualified for the Championship play-offs last year but struggled for gametime at the start of this year.

In need of gametime, he would come to the Cougars on an original month’s loan in May before the deal was extended for the remainder of the season.

And his impressive performances during our promotion campaign have not only got Everett enjoying his rugby once more but prompted the club to move to secure his services permanently ahead of life in the second tier.