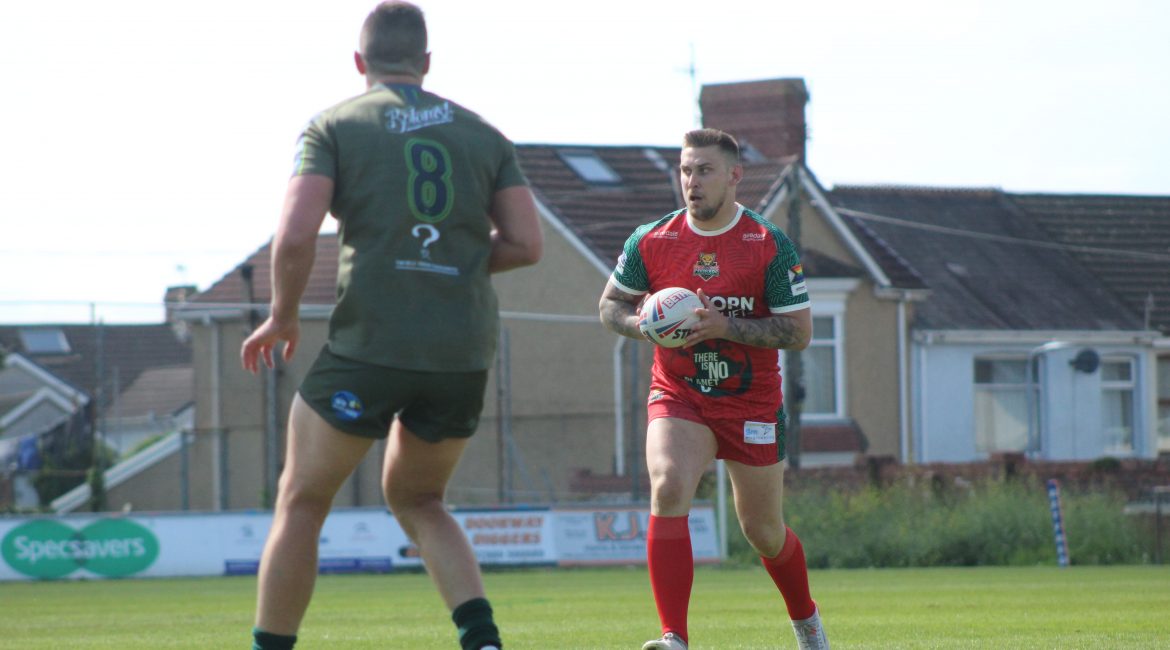 Keighley Cougars have today extended the loan of Toby Everett for the remainder of the 2022 season.

The Kent born prop has featured in all three games since initially joining earlier this month from Betfred Championship club, the Batley Bulldogs.

Making several barnstorming line-breaks, complemented by his offload game out the tackle, and contributing with a number of big tackles in defence, Everett has caught the eye since arriving at Cougar Park.

And whilst he has already established himself as a new favourite on the terraces, the towering forward has also immersed himself within the club culture and with his new teammates.

A combination of these differing factors is why Head of Rugby Andrew Henderson acted to extend the loan for the second half of the league campaign.

“We brought Toby into the club to strengthen our squad and add further competition for places,” said Henderson.

“The coaching team have been impressed with his attitude and application during his initial month’s loan period.

“Toby has added value to the team thus far and we feel he will continue to improve in our performance environment moving forward.

“We are pleased to extend the loan until the end of the season, giving Toby the best opportunity to earn a contract for 2023 with the club.”

The Keighley Cougars would like to thank the Batley Bulldogs for supporting this move.