Thomas Doyle To Join The Pride 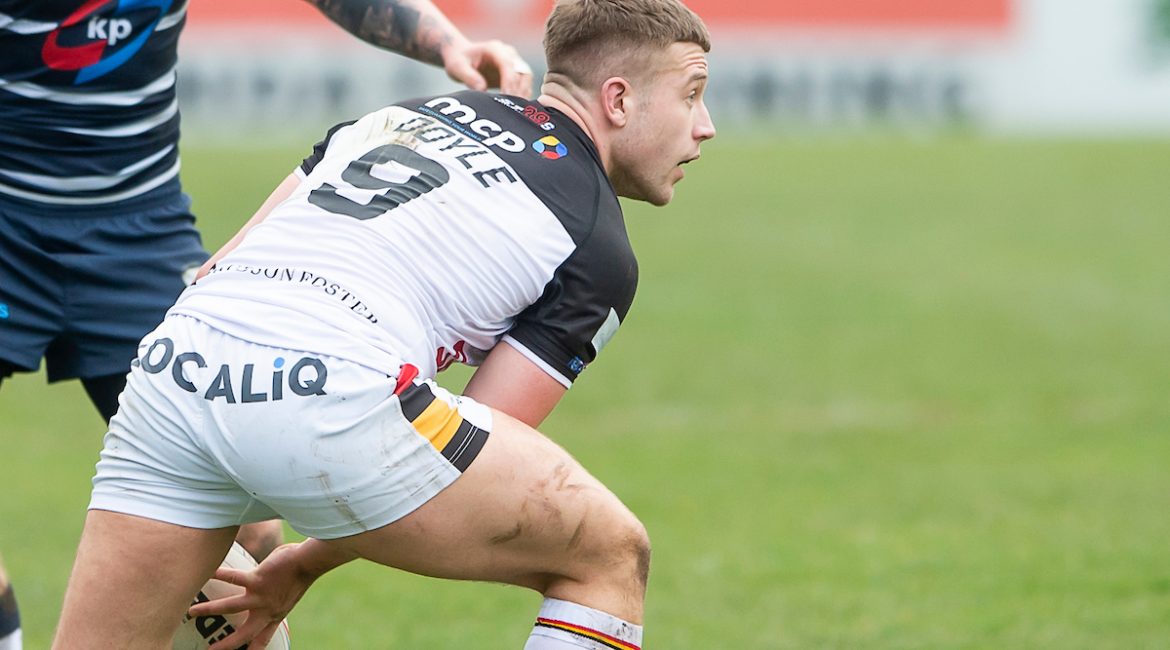 KEIGHLEY Cougars are today delighted to announce the signing of Thomas Doyle.

The hooker becomes our first new recruit ahead of the 2023 season, signing a two-year deal upon arrival from local rivals Bradford Bulls with the club beating of a number of other suitors to his signature.

Crossing the district divide, Thomas is being driven by the ambitions of the club as they head into the Championship.

“I chose Keighley because I know how successful the club was this past season to get promoted and doing it unbeaten,” admitted Doyle.

“Through talking with both Andrew Henderson and Rhys Lovegrove, they explained what the club wants to achieve moving forward and, in my opinion, there is a good thing going at Cougar Park.

“What I would love to achieve personally is a play-off spot with the Cougars.

“This a chance to show people what we can do at the higher levels of the Championship, and I believe we have the squad in place to do that.”

Head of Rugby Andrew Henderson added: “Thomas is an exciting and talented hooker who will thrive and develop further in our environment.

“His best years are ahead of him, and I believe he has the potential to become a Super League player in the future.

“I tried to secure his services earlier this year but had to be patient as he was attracting interest from Super League and full-time clubs at the time.

“However, he was always open and honest in wanting to explore those options and in the long run after weighing everything up he felt Keighley was the right fit for him at this stage of his career.

“It makes me proud that people and players believe in our development model.

“They want to come to Keighley for the right reasons, because they believe in our performance programme and how we operate.

“We have a brilliant performance and coaching team here that truly care about the development of our players.

“The proof can be seen in the way our current players have progressed in their performance levels and game development.

“Thomas will be a direct replacement for the outgoing James Feather but understands he will face healthy competition for the hooking role and will have to earn the right to be in this team.

“We extend a warm welcome to Thomas and look forward to him adding value to the team of 2023.”

The 23-year-old was born in Bradford and came through the youth system at Odsal from a young age.

Impressing in the club’s under-19 side, Thomas was brought into the first team set-up ahead of the 2019 season and made his debut that year in a home victory over the Rochdale Hornets.

Quickly establishing himself as the first-choice hooker in the Bulls first team, he would make 57 appearances over the next four seasons as he developed into one of the Championship’s standout young players.

Despite interest being shown from the full-time game, Doyle remained loyal to his hometown club and was a near ever present for Bradford this past year and was rewarded at their recent awards night with the Player’s Player of the Year accolade.

With his contract at Odsal expiring, Andrew Henderson and Rhys Lovegrove worked tirelessly to secure Thomas’ future with us at Cougar Park.