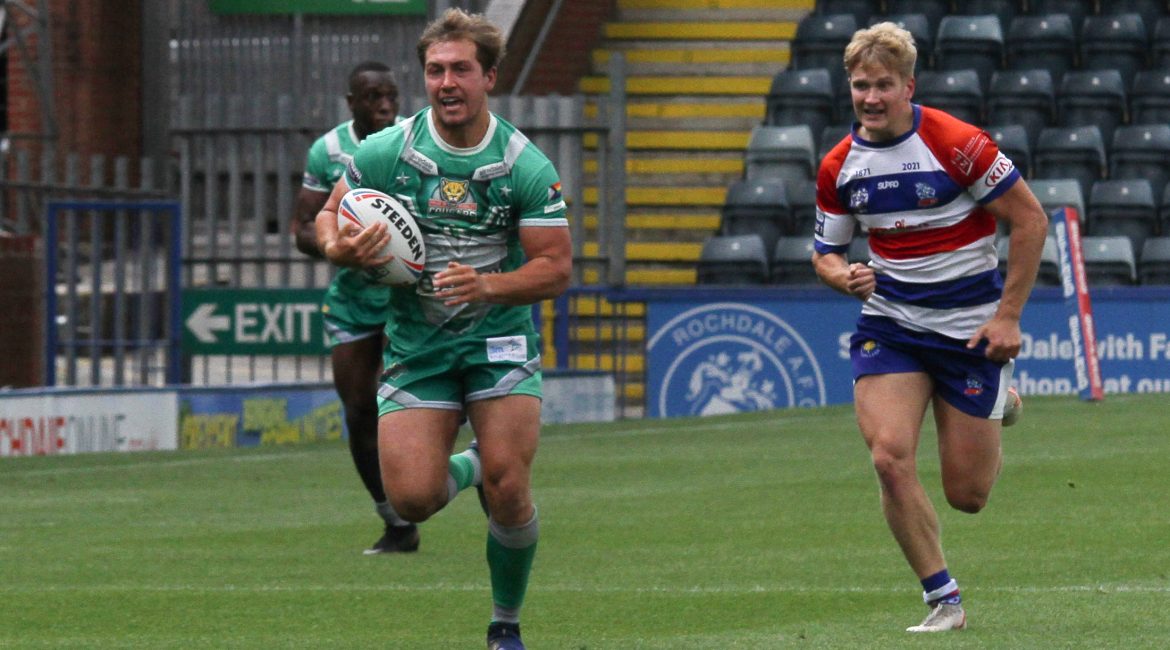 KEIGHLEY Cougars are today delighted to announce Taylor Prell has agreed a new deal with the club.

‘Prelly’ has put pen to paper on a new one-year contract until the end of the 2022 season, taking the utility back into a fourth season with the Cougars.

And after the ending to last season, there is only one target in mind for the forthcoming year.

“The goal for this season has to be promotion to the Championship and play my part for the team wherever that might be in the squad,” admitted Prell.

“I’m a reasonably local lad and Keighley is my closest Rugby League team, so I want to help them succeed.

“The board we have and the core of players we’ve kept during my time at the club makes it a good environment and one I want to continue to play in.

“Margaret and David, two of the volunteers at the club, also helped persuade me to stay by promising me my own personal supply of Jammie Dodgers for the season!

“But it is an exciting time to be involved with the club.

“The coaching and backroom staff we have are of the highest quality which gives us the best opportunity to get promoted and compete in the Championship.

“The plans in place for new facilities at Cougar Park in the future will also be exciting for us as players but also the supporters.”

One of the first signings made by the club in 2019 following the takeover by the O’Neill family, Taylor wasted little time introducing himself to the Cougar Army.

After a breath-taking try for the reserves side against Bradford in a game used to gain match fitness, he would back it up with a memorable effort on his debut against Doncaster on Good Friday at Cougar Park.

Prell continued to steal the limelight with his scintillating try scoring exploits with another sensational four point for the highlight reel against the North Wales Crusaders later that season.

With the 2020 season cancelled due to the Covid-19 pandemic, he made the transition from the wing inside to centre ahead of the 2021 campaign.

Despite a change in position, Taylor picked up where he left off from before the pandemic hit with 10 tries in 18 appearances before agreeing his new deal for the coming year.