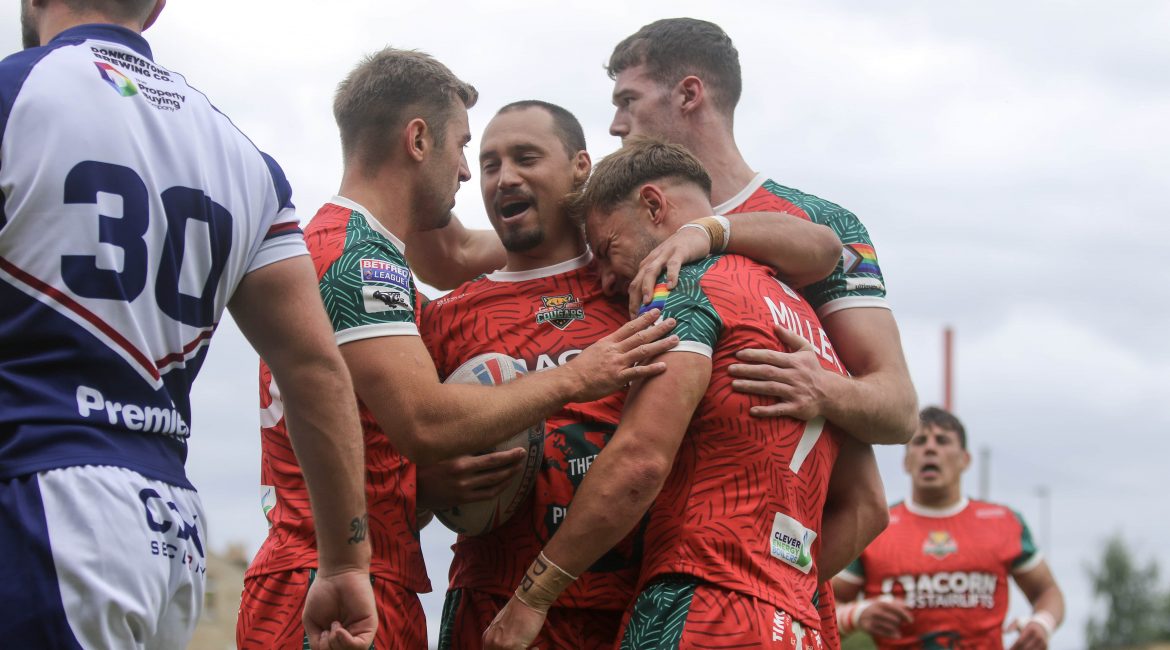 Rhys has named an unchanged squad from that which beat Oldham 62-0 at Cougar Park last Sunday in another scintillating performance.

New signing Kyle Trout only trained with his new teammates for the first time on Wednesday evening and Lovegrove has opted against bringing his latest recruit straight into the side.

Dalton Desmond-Walker and Josh Lynam (both Hand) returned to full training this week but the visit of the Raiders comes too soon for the pair.

Dane Chisholm’s two-match suspension does not begin until next weekend’s away fixture at the London Skolars.