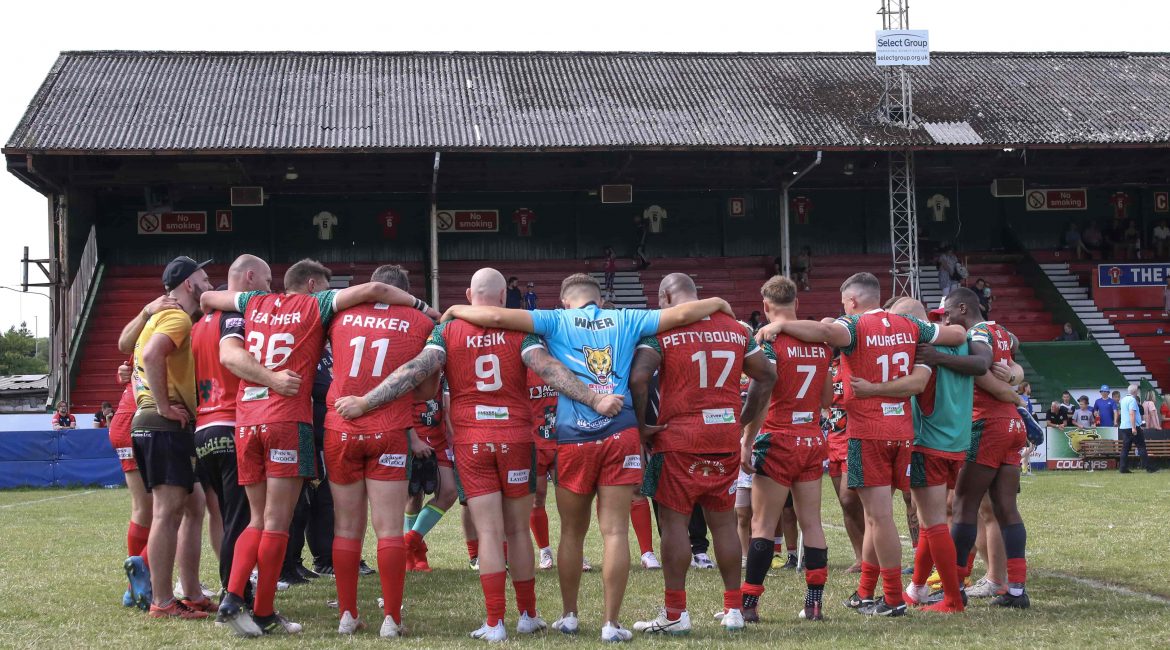 KEIGHLEY Cougars Head Coach Rhys Lovegrove has today named his 21-man squad for Sunday’s away fixture against the Midlands Hurricanes.

Following last weekend’s victory over Cornwall, Lovegrove has made two changes to his squad.

Dane Chisholm returns after serving his two-match suspension as does Nathan Roebuck, who missed the victory over the Choughs last time out through injury.

Dalton Desmond-Walker drops out as he is unavailable under RFL player welfare protocols with the forward to feature for the Bradford Bulls reserves side on Saturday as he gets gametime under his belt following his injury lay-off.

Jake Webster (Leg) is ruled out through the injury sustained in the first half last Sunday.