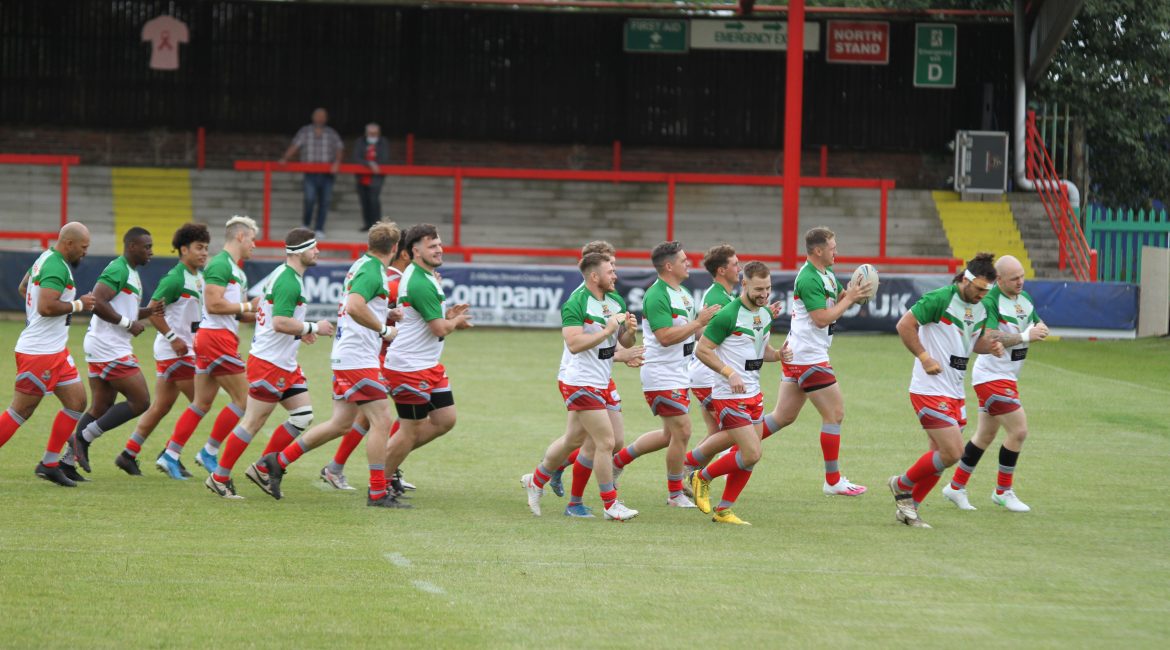 Lovegrove has more options available to him as he is able to welcome back six players to his side who were stood down by the Rugby Football League under Covid-19 protocols last weekend.

Charlie Graham, Ryan Wright, Matthew Bailey, Jack Coventry, Spencer Darley, and Jason Muranka are all available once again and all return to the squad for the trip across the border.

Robert Matamosi has now completed his return to play process following the head injury he sustained in last month’s win against the West Wales Raiders at Cougar Park.

Billy Gaylor is also available following the shoulder injury he picked up in May’s loss to Rochdale.

Jake Webster (Ankle) and Aidan Scully (Shoulder) are both ruled out through injuries sustained in last Sunday’s victory against the Skolars with Dalton Desmond-Walker unavailable for selection.

Scott Murrell’s incredible career will reach another landmark as he is in line to make his 400th career appearance this Sunday in Colwyn Bay.