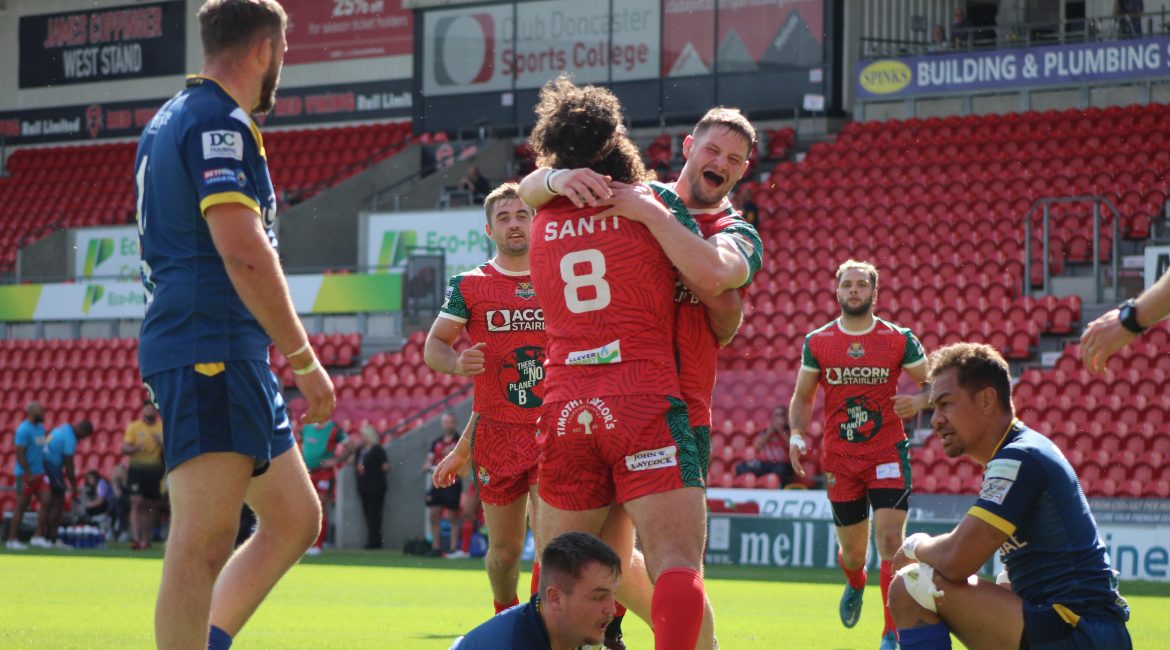 KEIGHLEY Cougars Head Coach Rhys Lovegrove has been forced into four changes ahead of Sunday’s visit of the North Wales Crusaders.

Junior Sa’u & Mo Agoro (Both Concussion) are forced out through the injuries sustained in last week’s win at Doncaster following the failed head injury assessments once they had left the field.

The respective suspensions of Kyle Kesik and Dane Chisholm begin this week, ruling both players out of the final home game of the season.

Coming into the side is Keenan Dyer-Dixon, who was recalled earlier this week from his loan at the West Wales Raiders.

Dalton Desmond-Walker (Calf) and Anesu Mudoti (Knee) are both named following injury whilst there is a return to the squad for Aidan Scully.

Both Scott Murrell and James Feather will take to the paddock at Cougar Park one final time this Sunday afternoon.

Nathan Roebuck (Knee) and Kyle Trout (Tricep) will both miss the remainder of the season through injury.