Cougars Go Down The Spenny Arcade 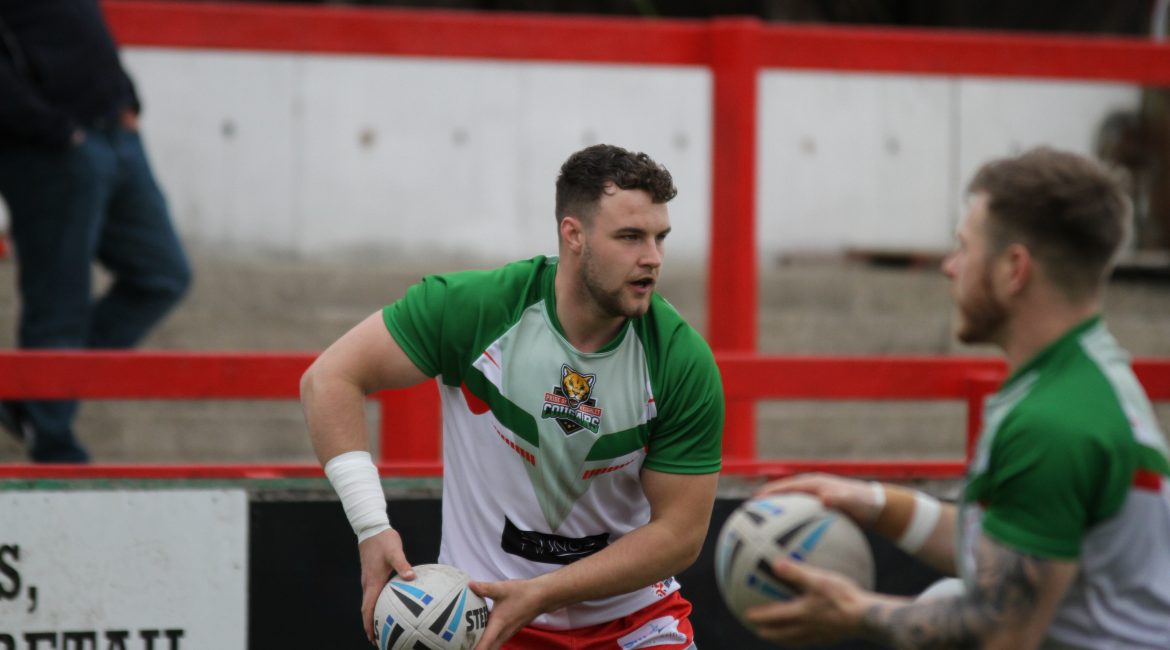 KEIGHLEY Cougars are today happy to announce that Spencer Darley has extended his stay with the club.

Spencer, who originally arrived at the club midway through the 2019 season from Featherstone, has put pen to paper on a new one-year deal.

And the prop, who recently became a father for the first time, is looking to make up for lost time in the coming year.

“I am really excited to get back to the grind and make up for some lost time and opportunities last year due to Covid reasons,” admitted Darley.

“The desire and passion for everyone involved in the club to be promoted this season is massive and is already giving the playing group a great atmosphere and environment to want to succeed and achieve our goal.

“The new recruits from the players and the staff have really added to the squad and are bringing a real professional and driven feel.

“After my two weeks off for paternity leave, I’m eager to show what I have to the squad and start building for this exciting upcoming season.”

A product of the Leeds Rhinos academy system, Spencer would depart Headingley to join the Featherstone Rovers.

Whilst at the Rovers, he would find first-team opportunities limited but was recommended to the Cougars to then Head of Rugby Gary Moorby by former player and Leeds academy coach Johnny Wainhouse.

Initially joining on loan, Darley made his debut for the club in an away defeat to the North Wales Crusaders.

Featuring regularly throughout the back end of the 2019 campaign, his performances promoted Head Coach Rhys Lovegrove to secure the forward’s services on a permanent deal for the 2020 season.

However, the pandemic would bring a premature end to his first full season at Cougar Park before he was forced to take a step back at periods throughout the past year to shield to protect his partner and his now new-born son.

But Spencer is raring to go for 2022 after returning to pre-season training earlier this week from paternity leave.