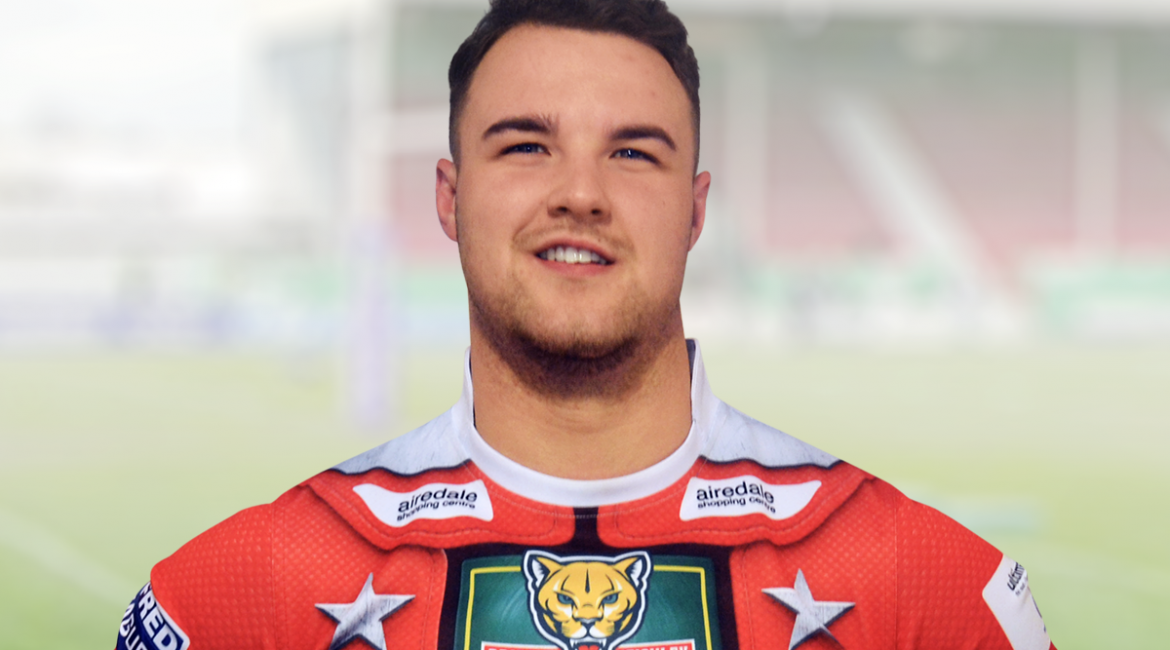 KEIGHLEY Cougars are this afternoon happy to announce Spencer Darley has signed a new deal with the club.

The prop forward has signed a 12-month extension that will keep Spencer at Cougar Park until the end of the 2021 season.

Recommended to the club by Leeds Rhinos academy coach, and former Cougars player, Jonny Wainhouse prior to the 2019 season, Darley joined the club on loan from the Featherstone Rovers.

However, after sustaining in an injury in his first game for the club against the Rhinos in a pre-season friendly, Spencer returned to the Millennium Stadium for treatment and the loan agreement was terminated.

After failing to break into the first team set-up back at Featherstone as they pushed for promotion to the Super League, Darley returned to Cougar Park once more on loan in June following Rhys Lovegrove’s appointment as Head Coach.

Following his return, Spencer went straight into the side and made his debut in an away defeat to the North Wales Crusaders.

The 21-year-old would go on to make a further 5 appearances towards the back end of the season and impressed Rhys Lovegrove to earn himself a permanent move to the club ahead of 2020.

An impressive pre-season followed for Spencer, but he would see his year ended a month before COVID-19 cancelled the season, being carried from the field with a leg injury during February’s Challenge Cup loss at the hands of Newcastle.

But now, both Darley and his Head Coach are looking forward to what a fully fit Spencer can bring to the field in the 2021 season.

Lovegrove said of his latest retention: “Spencer is a really talented young player who is well on his way to establishing himself as a key member of our first team.

“He really impressed me in the pre-season friendlies we played at the start of this year but due to a combination of both injury and COVID-19, he came up short in the respects of being able to establish himself within our matchday seventeen on a weekly basis.

“I’m now really excited about helping Spencer continue push on in his development both on and off the field as he is well on his way to becoming an established front rower.”

Darley added: “Extending my contract with the Cougars is very exciting for me as I see a big opportunity for myself at this club.

“I have genuinely enjoyed my time at Cougar Park both on and off the pitch so far, so I can’t wait to see what the next twelve months have in store for me.

“The mix of both the new signings and lads who are staying for next year, along with the coaching and backroom staff in place, really excites me.

“I’m sure the way Rhys likes us to play will definitely bring out everyone’s strengths within the team, including my own.

“I just can’t wait now to return for a very big and hardworking year and getting to play in front of full crowds once again.”