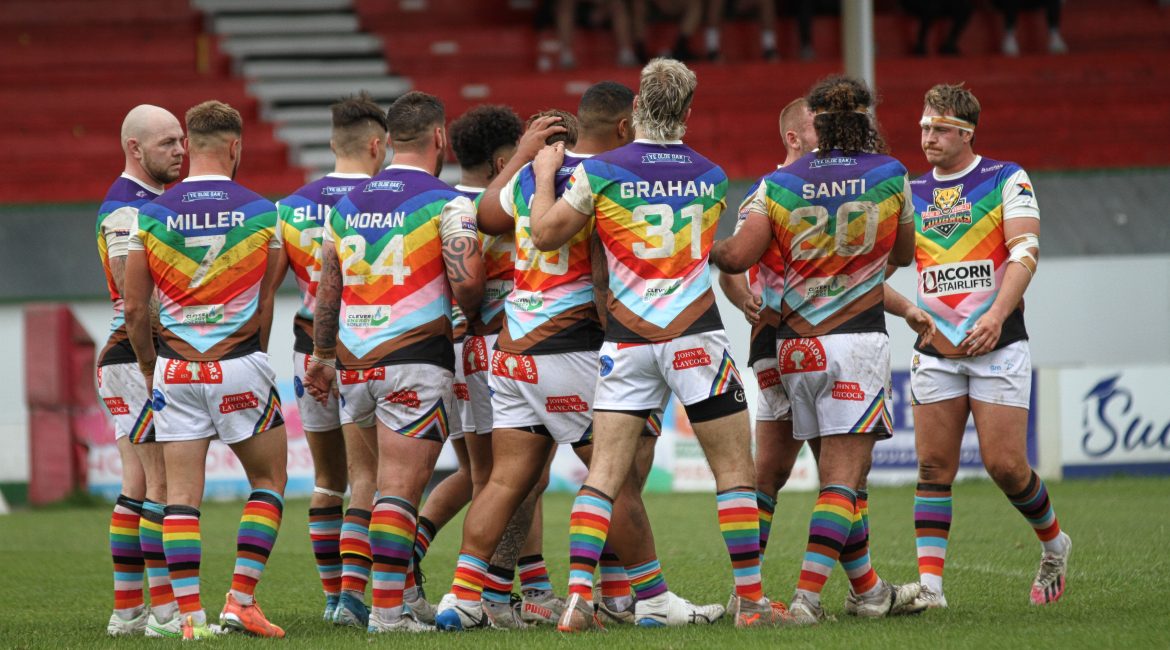 In the second part of the season review, Josh looks back at the Friday night disaster that would rejuvenate the season, the end of a two-year jinx, and a first taste of play-off Rugby League for six years.

Less than a week removed from the victory over Barrow, a Friday night to forget would follow at Coventry.

A tenth consecutive defeat on the road, that stretched over a two-year period, left Head Coach Rhys Lovegrove questioning the mentality of his players as they slipped to a season low of sixth in the table.

It appeared the jinx would continue away at Hunslet the following weekend, but a dramatic try at the death from Dalton Desmond-Walker rescued a draw and sparked life back into the Keighley Cougars for the run-in.

The fans adopted chant of “We never win away” would be made redundant after just one week as the jinx was finally broken away from Cougar Park as the right edge pair of Mo Agoro and Taylor Prell inspired the Cougars to victory away at the Rochdale Hornets.

There was a rare blip though as a late try from Brad Holroyd saw Workington Town escape West Yorkshire with a 22-18 victory at Cougar Park.

The second annual Cougar Pride though followed the next week as a first four figure crowd since 2019 filled Cougar Park for the visit of the Coventry Bears.

Hurting from the embarrassment of the defeat at their hands just a month previous, Dan Parker inspired the side to a comfortable victory at the biggest party of the summer with Mo Agoro also scoring a hat-trick on the afternoon.

History would follow over the next fortnight as James ‘Buster’ Feather further cemented his name into the folklore of Keighley Rugby League.

It would prove to be emotional too as he first equalled the late and great Phil Stephenson’s record in an away victory at the London Skolars on the ground where he last played with Danny Jones.

Then the following Saturday, another away victory at the West Wales Raiders saw Buster break the record outright on the day that Phil’s nephew, Alix Stephenson, made his debut for the club to become the third generation of Stephenson to play for Keighley.

Alix would steal the spotlight in the final home game of the regular season though as his first try for the club sealed a sensational second half comeback that resulted in the Cougars ending the North Wales Crusaders eight game winning streak at Cougar Park.

Things would be even more dramatic in the final game of the regular season away at Doncaster, the team scoring three times in the games closing minutes as Betfred League One Young Player of the Year Phoenix Laulu-Togaga’e crossed for the winning try in a 28-26 victory.

On a dark and wet night in Colwyn Bay, the Cougars squandered a fourteen-point lead early in the second-half but rallied to victory as Brenden Santi’s late brace sent the travelling fans into raptures.

300 fans would then make the excursion north to Workington for the semi-final as Kyle Kesik’s 79th minute try took the game into golden point, but a Carl Forber penalty conversion would break Keighley hearts.

And the heartbreak would only intensify a week later, as despite leading by 14 points, Doncaster ran in three tries in the games final ten minutes to level the scoreboard after Liam Johnson dived in at the corner at the sound of the final hooter.

Jake Sweeting would then nail the touchline conversion to send the visitors into raptures and end the Cougars season.