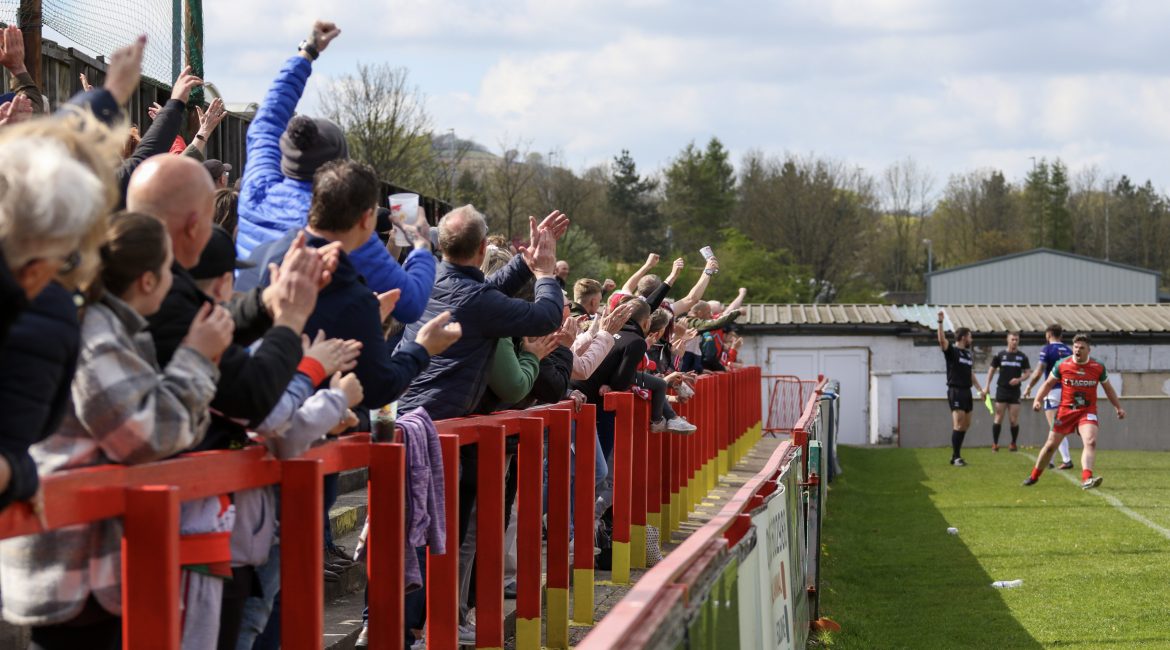 Scott Murrell has today announced he is to retire from Rugby League at the conclusion of the 2022 season.

The decision by ‘Muzza’ to hang up his boots will see the half-back bring the curtain down on a professional career which has spanned two decades and over 400 appearances.

And whilst the decision to end his career has been a hard one, Scott is looking forward to the next chapter away from the pitch.

“It was a hard decision to call it a day but to end on the high of this season feels the right way to go,” said Murrell.

“I have loved every club that I have ever played for.

“I have always worn my heart on my sleeve and given 110%, and I can’t thank all my coaches, teammates, and supporters enough for their back over the years on and off the pitch.

“I went to watch my brother Gareth train at Drighlington one day, thought I want to do that myself, and the rest as they say is history.

“The amateur coaches, Heppy at the start, then my old man, Karl Richards, and Big Macca, in my youth helped make all this possible so to them, I owe the biggest amount of gratitude.

“I would like to say a massive thank you to all my family and friends, especially my Mum and Dad who gave up so much when I was younger to allow me to pursue my dream and play this sport.

“My wife, Claire, and kids Logan, Archie, and Lily-Mae, especially deserve the biggest of thanks for all their sacrifices as they have had to give up as much as I have done over the years, whether that be anniversaries, birthdays, or family events.

“None of this would have been possible without all of them behind me.

“Now I am looking forward to my next chapter in the game away from the pitch and I can’t wait to see where that takes me.”

A product of the Drighlington amateur club, Scott began his professional career in 2003 with the Leeds Rhinos but would only make one appearance for the club and would join Hull Kingston Rovers in 2006 after a loan spell with the London Broncos.

His first season at Craven Park would be a memorable one as Murrell cemented a regular spot in the side at the Rovers, helping them earn promotion to the Super League as they defeated Widnes in the 2006 National League One play-off final.

Following the club’s promotion to the top division, Scott would continue to be a first team regular as the Rovers cemented their place amongst the northern hemisphere’s elite competition before pushing on to becoming regulars in the end of season play-offs.

During his six years on Humberside, he made 178 appearances before moving on to join Halifax ahead of the 2013 season.

In an 8-season stint at The Shay, ‘Muzza’ established himself as a cult hero amongst the Fax faithful and one of the best players outside of the Super League.

Becoming renowned for his intelligent play on the pitch, and his fun-loving nature off it, he led Halifax from the forefront through a successful period for the club.

During his time at The Shay, Halifax secured a top four finish in the Championship on three occasions, seeing them reach The Qualifiers to earn a chance at being promoted to Super League, before a memorable cup run to the 2019 Challenge Cup semi-finals, with Scott an integral part of the side that achieved these feats.

During this time he would give back to the sport through both the Calderdale College side and then coaching junior teams at the club that produced him and began his journey in the sport, Drighlington.

He would depart the Panthers after a near decade to move across the hill to join the Cougars.

Again a favourite with both his teammates and supporters, his leadership and experience over the past two season has seen Scott become a vital cog in the machine as the club has transformed for one that finished second bottom of the professional game to currently leading League 1 with an unbeaten record.

During his time so far at Cougar Park, he made his 400th career appearance in July of last year and has contributed to many memorable moments both on and off the pitch.

But with the side now three points from securing promotion, Scott has made the decision that the current season will be his last and upon the conclusion of the campaign will retire from playing professional Rugby League.