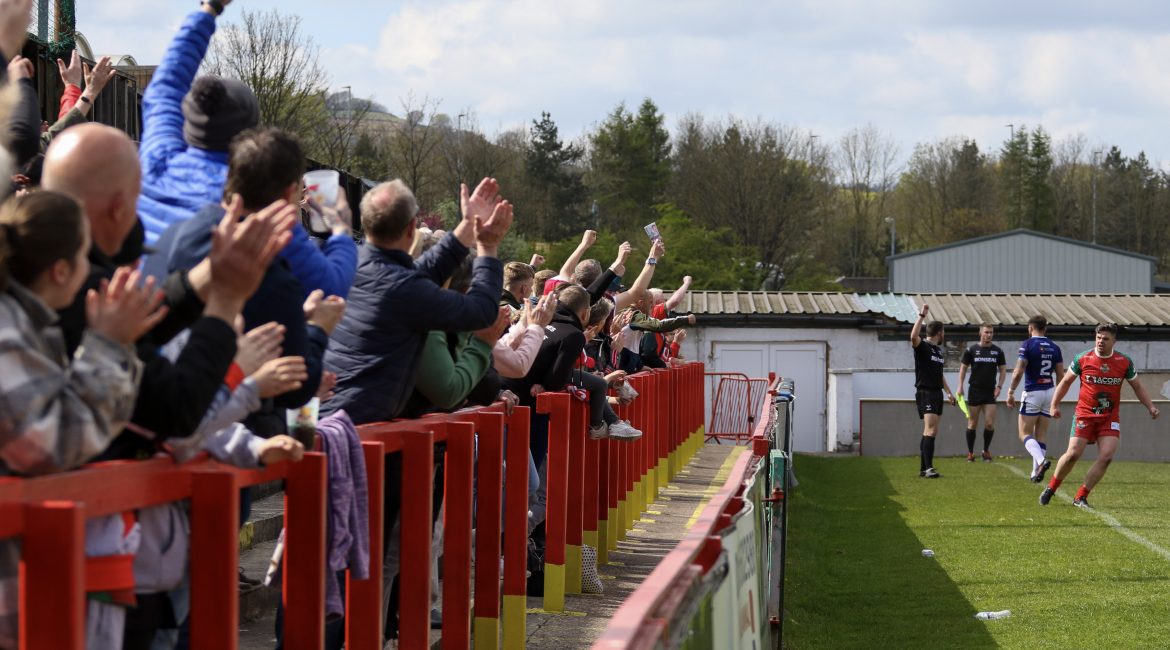 KEIGHLEY Cougars can today announce that Scott Murrell will remain at the club for the 2023 season.

Following his retirement as a player at the conclusion of the 2022 promotion season, Scott has agreed a deal that will see him join Rhys Lovegrove’s coaching staff as an Assistant Coach.

Making the step into coaching on the back of a two-decade playing career, ‘Muzza’ is looking to give back to the club whilst also helping to continue to push the team to the next level now from off the pitch.

“I’ve enjoyed my time at the club so far,” admitted Murrell.

“Keighley stood by my in a tough time and I am now in a position to keep repaying that faith and trust in me as a coach after doing so as a player these past two years.

“Last season was a memorable one for all involved with the club and it was a great way to go out in terms of my playing career.

“But now I’m moving over to the coaching staff, I’m looking forward to the future.

“This is only the start for the Keighley Cougars, and we know we can make our mark next season in the Championship.”

Head of Rugby Andrew Henderson added: “We are really pleased that Scott has taken the opportunity to join our coaching team for 2023, as he is well respected by the club and the playing group.

“We believe Scott has demonstrated during his time here some coaching potential which we look forward to progressing here at Keighley.

“He has had previous coaching experience at Halifax on their community programmes and in the amateur game with Drighlington, so this is naturally the next progression for him.

“I believe he will offer good support to Rhys with his knowledge of the Championship and provide a lot of good energy to the playing group within the training environment.

“His pride and passion for the game for the game is undoubted, but he has a smart rugby brain and will offer plenty of good ideas both technically and tactically.

“Rhys and I are looking forward to working more closely with both Scott and Jake next season to support their development as coaches as we both feel they have the attributes to be quality coaches and add value to the performance team.”

Joining the club ahead of the 2021 season following his departure from the Halifax Panthers, it didn’t take Scott long to become a favourite amongst teammates, staff, and supporters alike.

Departing the Panthers after a near decade at The Shay, his leadership and experience over the past two season have seen Scott become a vital cog in the machine.

The half-back playing a major part in the way that the club has transformed for one that finished second bottom of the professional game to winning the League 1 table with a perfect season in just under three years.

During his time so far at Cougar Park, he made his 400th career appearance in July of last year and has contributed to many memorable moments both on and off the pitch.

Helping the side win promotion this past year, Scott made the decision that it would be his last and made his final appearance as a player in August’s home victory over the North Wales Crusaders.

Now moving into the next phase of his career, his knowledge of the game will help further develop the young players within the first team squad whilst also maintaining his lively presence in the dressing room.