Sting Added To The Pack As Nettleton To #JoinThePride 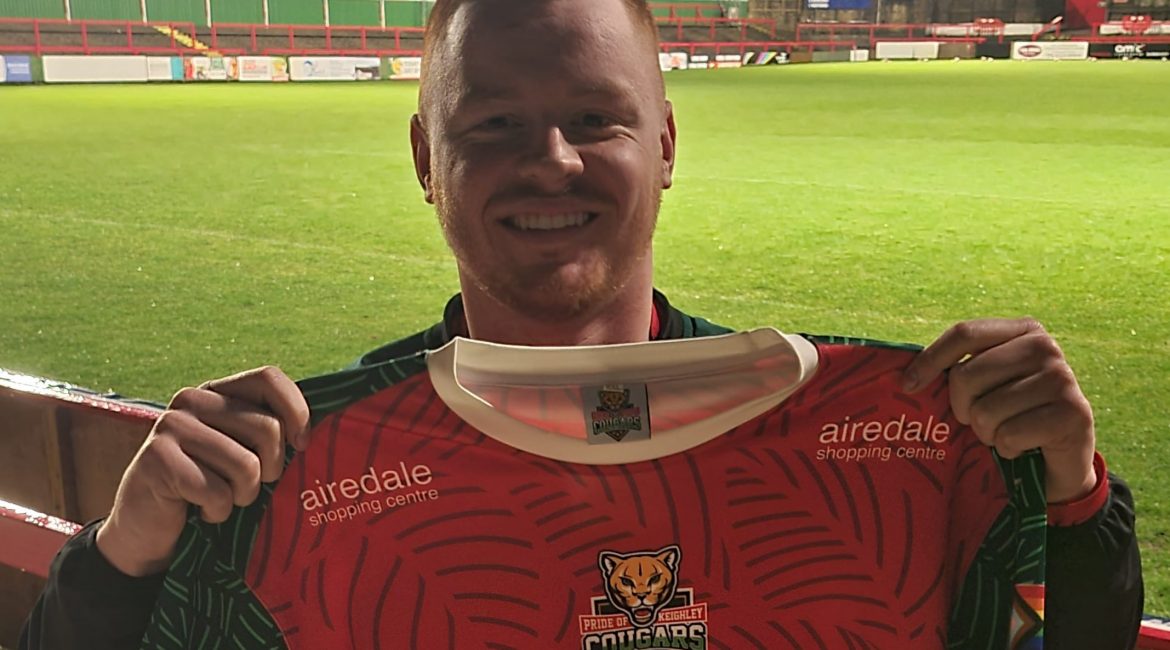 KEIGHLEY Cougars are today happy to announce that Rory Nettleton has signed a one-year deal with the club.

Rory, a prop forward by trade, has signed a deal for the 2022 Betfred League 1 season following a successful trial period with the club throughout February.

Head of Rugby Andrew Henderson said of the decision to sign Nettleton to a permanent deal: “Rory came to us looking for an opportunity and we were happy to offer him a trial.

“Rhys was impressed with how Rory acquitted himself throughout this period and howe he engaged and interacted within the group.

“We both felt that Rory has potential to develop further in our environment and could offer further value to the team.”

A product of the academy system at the Newcastle Thunder, the Geordie native would come through the ranks at Kingston Park.

During this time, he would continue his education both on and off the field as a part of the successful Rugby League set-up at Northumbria University.

His performances would earn a call-up to the Yorkshire academy origin squad that would face the Australian Schoolboys side in the autumn of 2018.

Rory would then be appointed the Thunder’s under-19’s captains and continued to impress for the academy outfit and was rewarded with a first team contract with the club for the 2020 campaign.

Making his first and only appearance in the Thunder first team set-up in a pre-season friendly against Whitehaven, the Covid-19 pandemic would bring an end to Nettleton’s time with his hometown club.

Departing Newcastle ahead of the return of the sport outside of Super League in 2021, the forward would spend last season with the Gateshead Storm and Jarrow Vikings before heading to France to sign with the Montpellier Sharks.

Returning home from across the channel in the autumn of last year, he would initially join the York City Knights on trial and feature in the pre-season victory over the Midlands Hurricanes before being released by James Ford and arriving at Cougar Park for a trial period.

His performances in training caught the eye of both Head Coach Rhys Lovegrove and Henderson, who have now made the decision to sign Nettleton to the club on a permanent basis.

Rory has been assigned the number 34 jersey for the forthcoming season and is kindly sponsored for 2022 by Paul Wilson.