Rhys Lovegrove To Stay With The Pride 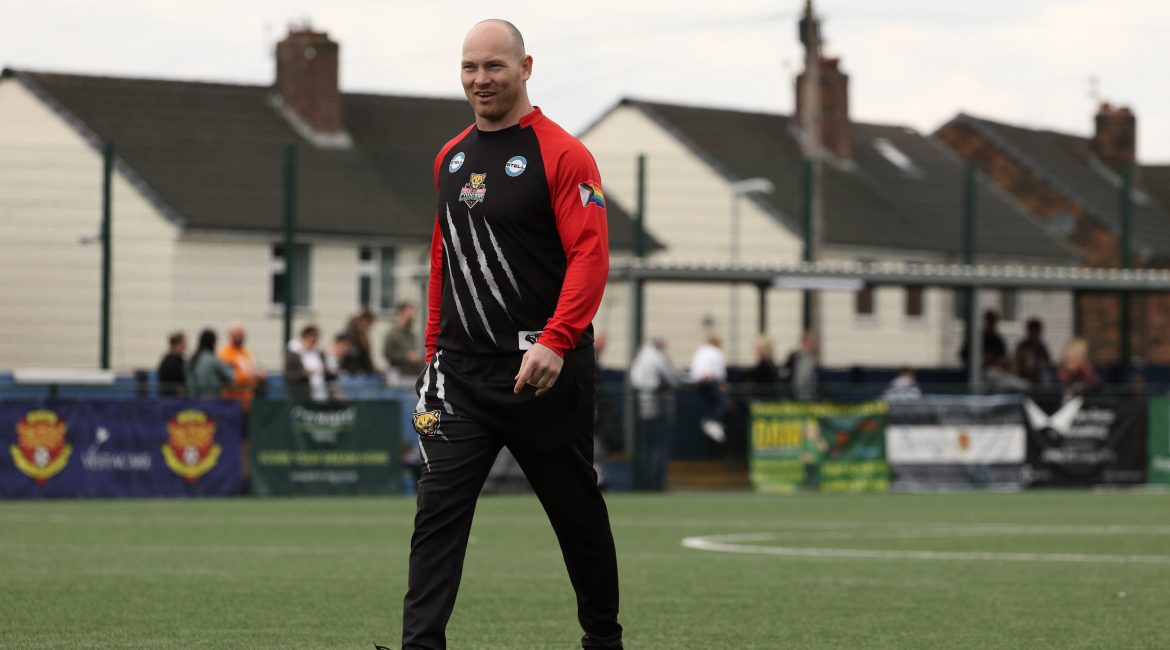 Keighley Cougars are today delighted to announce that Head Coach Rhys Lovegrove has signed a new deal with the club.

Lovegrove, who took charge in June 2019, has penned a two-year contract that will see the former Scotland international remain in charge of the club until the end of the 2024 season.

With player retentions and plans for the 2023 season on and off the field now in motion, Chairman Mick O’Neill MBE is delighted to secure the services of his coach for another two years.

“I am absolutely delighted that Rhys has accepted our offer to remain as our coach for the next two years,” said O’Neill.

“To be undefeated and top of the division after fifteen games is better than anyone, myself included, could have ever imagined.

“Rhys has built something special on the field with a great group of lads who have a fantastic spirt and team ethic and will work together to get the win.

“Myself, and my fellow directors, are delighted with the work and coaching style that Rhys has brought to Cougar Park over the last 3 years.

“With the news of the stand development off the field earlier in the week, we felt it was important to bring some stability on it as well.

“And with Rhys signing his new deal, things are continuing to build and looking exciting for the future here at the Cougars.”

Lovegrove added: “Staying at Keighley was a no-brainer for me.

“The O’Neill family gave me the opportunity to begin my coaching career and the time to implement my brand of Rugby League even though it is against the norm and the mainstream.

“That time and that trust that they have given me means more than anything.

“I want to continue my journey with the club, and I’m really excited about the future and the way things are progressing.

“I am really thankful to the club for putting their trust and belief with me these past three years and will continue to do so for the next two.”

Initially joining the club as Assistant Coach ahead of the 2019 season, Rhys would be appointed Head Coach following a spell as caretaker after the departure of Craig Lingard.

Overseeing the club’s ‘plus one party’ with his first victory as coach against the London Skolars, he would begin to rebuild and mould the side in his image ahead of the 2020 campaign.

With the Covid pandemic resulting in the cancellation of that season, he would continue to rebuild the squad and implement his now renowned systems and processes ahead of the 2021 season.

Recovering from a disappointing first half of the season, the side would only lose one in their last eight before suffering play-off heartbreak at the hands of Doncaster in the final seconds of the elimination semi-final.

Following the arrival of Andrew Henderson as Head of Rugby, Rhys has this season focused solely on the coaching aspects and with the further recruitment of players that have adapted to the Cougars unique style of play, the results have followed.

Currently sitting top of Betfred League 1 with five games remaining, the side have won all 15 games to date so far in the league campaign, a testament to the O’Neill families patience and trust in their Head Coach.

And with the run-in to begin next week at Swinton, the club have acted to retain the services of Lovegrove for a further two years.