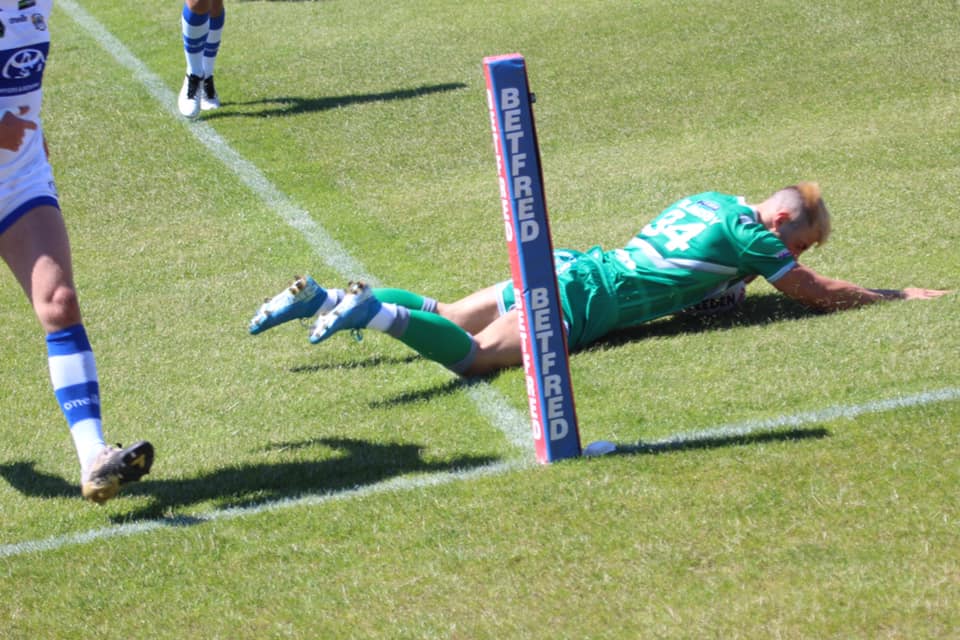 KEIGHLEY Cougars away day woes continued as they were defeated 34-20 by Workington Town at Derwent Park.

Despite a battling performance, the home side took the opportunities presented to them to inflict a third consecutive loss on the road for Rhys Lovegrove’s side.

Cougars started the game brighter and their early pressure paid off when Quentin Laulu-Togaga’e, returning from injury, sent a long ball over the top to Josh Slingsby, the young winger diving home in the corner for his first professional try.

The first half would swing back and forth between the two sides, and Workington would take the lead through two quickfire scores.

A knock-on allowed the home side a fresh set of six and Jake Moore fought his way over after Jamie Doran broke the Keighley line.

And just a matter of minutes later, a set restart would see Town work the ball across the face of the line and Brad Holroyd scored in the corner after stepping through an attempted tackle.

Momentum swung back to the away side and after staunch defence kept Dalton Desmond-Walker at bay, Brenden Santi turned through a tackle on the line to ground the ball.

From the restart, a penalty gave Keighley the opportunity to work down the field and an outrageous offload out the back from Laulu-Togaga’e found Slingsby, who in turn dove over in the corner for his second try of the afternoon.

However, Workington would take the lead into the half-time despite outstanding defensive efforts from Alfie Seeley and Jake Webster to deny the hosts.

A high tackle would allow the home side to pressure the Keighley line, Rhys Clarke the beneficiary as the veteran powered over from close range.

Charlie Graham would have an opportunity to restore the Cougars advantage just before the hooter sounded, but he was denied on the line.

The home side would start the second half stronger, making the most of errors and penalties from their visitors, to extend their lead through Holroyd.

A knock-down from Seeley would see the tackle count restarted and his opposite number would weave through after catching the defensive line sleeping.

But resilience would start to show from Keighley, and they got back within four points after Taylor Prell powered his way on the back of great play from Webster and Kyle Kesik.

Kesik would try to drag his side back into the lead, but Alex Young would recover and deny Slingsby a hat-trick from the captain’s clever grubber.

Workington would however win possession and go the length of the field, and after a wicked bounce wrong footed Laulu-Togaga’e, Jack Miller produced an outstanding defensive play that left the entire ground in amazement to deny Joe Brown a certain four pointer.

The visitors had chances to get back into the game with Miller first being held up, before Arnold spilt the ball on the back of a line break.

Keighley would though become the creators of their own downfall in the closing stages of the afternoon and the games toll would affect tiring bodies.

After being penalised for obstruction, a Cougars voice would raise the ire of Gareth Hewer and the referee marched them further down the field for dissent.

Caine Barnes would be the man who made the most of the opportunity this presented as he showed great strength to force his way over.

Chris Thorman’s side put the game to bed minutes later on the back of a handling error that allowed Workington to regain possession on the halfway line and work their way to the line, from where Matty Henson squeezed over from close range.