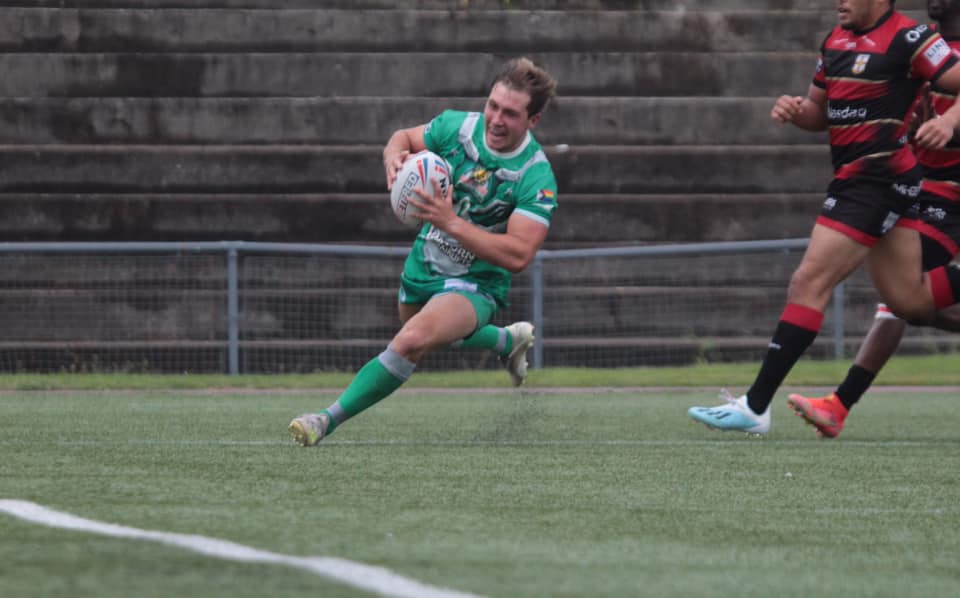 KEIGHLEY Cougars continued their play-off push with a hard-fought victory on the road at the London Skolars.

On the day that James ‘Buster’ Feather equalled the late Phil Stephenson’s club appearance record of 343 games, the Cougars recovered from a slow start to see off their hosts in front of a raucous travelling support from West Yorkshire.

The away side would strike first on the afternoon as Kyle Kesik kicked a 20/40 to put them into a good field position.

From the resulting restart, a missed tackle would allow Aaron Levy to step through the defensive line and race to the line to touch down.

However, the Skolars would then have a quarter of an hour of sustained pressure that resulted in ten unanswered points.

Neil Thorman would kick a 40/20 to move them close to the Keighley line and the ball would be worked to the left edge where Jerome Yates took advantage of an overlap to walk the ball in at the corner.

The boot of Thorman would extend the London lead further as he converted two penalty goals in quick succession as the official pinged the visitors for offside near to their own line.

Dan Parker thought he had levelled the scoreboard, but the touch judge ruled he was held up after the referee had originally awarded the score.

However, the sinbinning of Jacob Ogden for a late shot on Kyle Kesik would give Rhys Lovegrove’s side a man advantage and they turned the screw to take a comfortable lead into the half-time interval.

The resulting set from the penalty was finished with a kick in goal from Jack Miller that Abevia McDonald spilled under pressure from Charlie Graham, Matthew Bailey reacting quickest to touch the ball down and bring the Cougars level.

The remainder of the half would be the Kyle Kesik show as the Cougars captain took the game by the scruff of the neck.

A big tackle from Bailey and Brenden Santi forced a handling error from the hosts, and on the last tackle from the turnover, Kesik put a sublime chip over the top that the onrushing Jack Arnold got to and scored his first ever try for the club.

And on the sound of the hooter, another beautiful chip from the Keighley skipper was plucked out of the air and touched down by Taylor Prell who read the kick superbly before chasing.

The momentum carried over into the early stages of the second as Ryan Wright burrowed his way over the line after the defence forced a handling error from Paulos Latu.

Keighley continued on the front foot, but an interception prevented Wright from scoring a second try after the hooker broke through the London defensive line.

Robert Matamosi was forced from the field with a knee injury, but this did not stop the visitors pushing forward.

As play restarted, Feather marked his historic day with a try assist as his show and go drew in the left edge and allowed him to feed Prell in the corner for his second.

The kick-off that followed through would result in controversy as Dan Parker was taken out off the ball, resulting in the forward requiring treatment for a spinal injury.

Josh Slingsby saw an effort disallowed and London would score the afternoon’s final points, Latu powering over in the corner with three minutes remaining.

The game though would finish with both sides exchanging blows on halfway after the final hooter had sounded, the referee opting to show a yellow card to Mike Greenhalgh for his role in the fracas despite the game ending.