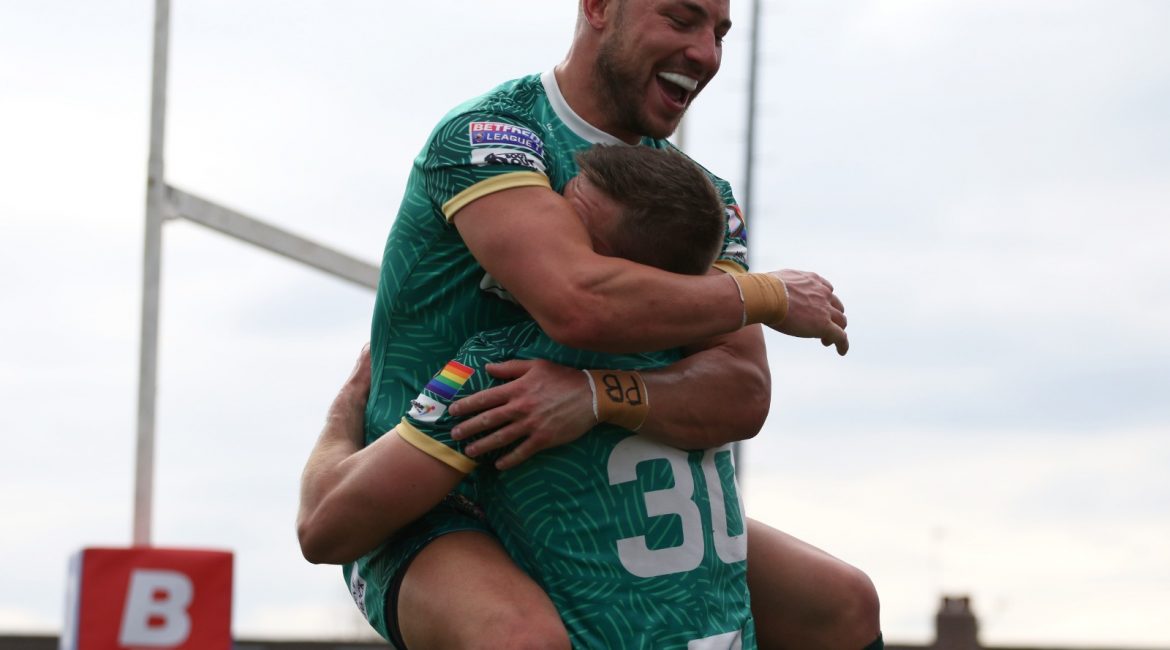 KEIGHLEY Cougars began their Betfred League 1 season with a comprehensive 32-6 away victory over Oldham.

Just three weeks removed from a friendly defeat to the same opposition, a depleted Keighley outfit that went into the match with 12 players unavailable controlled the game throughout to return across the Pennines victorious.

Rhys Lovegrove’s side got off to a bright start as Charlie Graham forced a handling error early in an Oldham set.

Jack Miller would follow the shot up from the scrum by breaking through a tackle and shifting the ball out to the left wing where Alix Stephenson would dive over to open the scoring.

The Cougars nearly extended their lead through Nathan Roebuck, but the winger couldn’t get to Miller’s kick to the corner.

Consecutive Oldham penalties would allow their visitors near to the line once again, and this time they would take advantage.

The home side cracked under the attacking pressure with Aaron Levy forcing his way over on the back of a dummy half pass.

From the restart, Bradley Ho ran straight over an attempted tackle to put Keighley on the front foot once more.

The play the ball that followed saw Brenden Santi break through the defensive line and race 30 metres before offloading inside to the supporting Lewis Young, the full-back racing home beneath the crossbar.

Mo Agoro was twice bundled into touch by the Roughyeds defence but would prove just as promising in defence, smashing Joe Hartley into touch to prevent an Oldham try.

Keighley again had a chance to extend the lead on the sound of the hooter, but Miller dragged his drop goal low and wide of the uprights.

The visitors continued to turn the screw early in the second half as they forced a six again near to the Oldham line.

And they would again make the most of the opportunity as Harvey Spence opted to play on the last tackle and this allowed the Cougars to load up their right edge and get Roebuck through for his first try since joining the club.

Oldham would have their only spell of regular possession in the game following the try but were constantly denied by superb Keighley defence.

They would finally find a way over though as Owen Restall buried his way over near to the line, Martyn Ridyard converting.

The referee would then have two big decisions to make after both Stephenson and Santi were victims of high shots, but he would opt to just speak to the captains on both instances.

The Cougars defence would again rise to the occasion, forcing a handling error that would allow Mo Agoro to break inside from the right edge.

Play was shifted left, and Levy would fend off three would be tacklers to force his way over for a second try of the afternoon.

Oldham would have an opportunity for a second score, but Restall spilled under pressure in the air from Stephenson.

A penalty in Keighley’s favour would be followed by a knock-on from Tommy Brierley, and Kyle Kesik made the call to the officials to take the scrum from bang in front of the sticks.

And from the scrum, Scott Murrell passed to Roebuck who walked through a bus sized gap left in the defensive line to seal his brace of tries.

Concerning scenes would follow as Brierley was carried from the field with a knee injury after staying down following a tackle.

The Cougars would continue to pressure in both attack and defence until the final hooter sounded to spark scenes of celebration amongst the players, fans, and supporters.