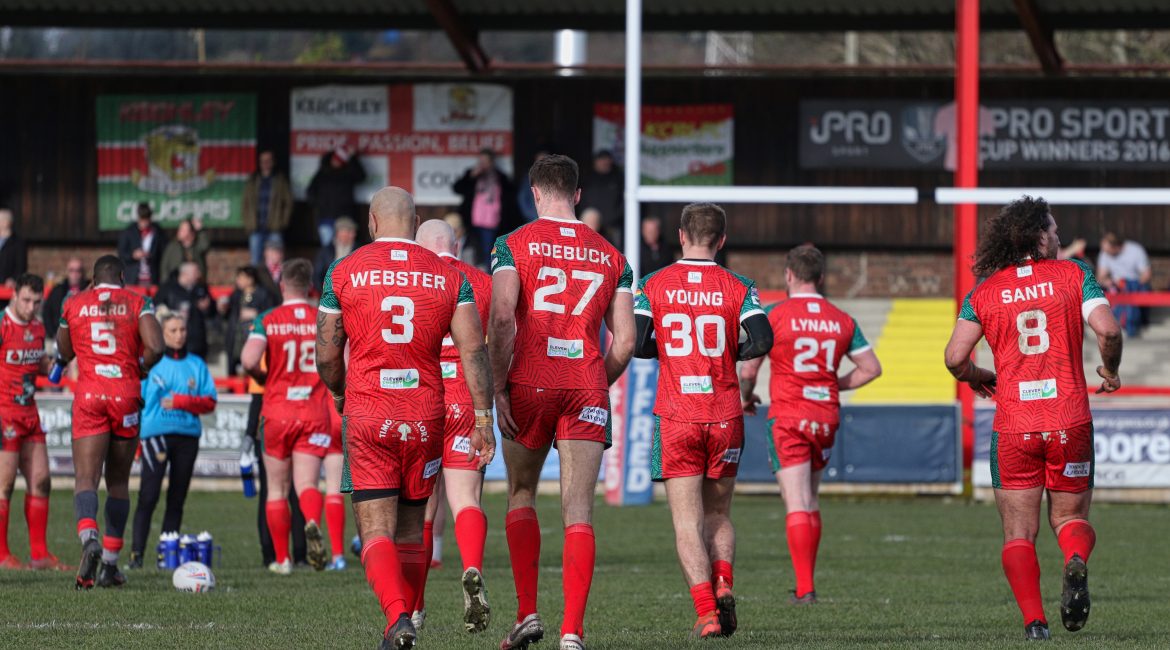 KEIGHLEY Cougars fell to a 34-26 friendly defeat at home to Oldham in both sides first runout since their respective Challenge Cup exits in January.

The game in truth had all the markings of a friendly between two sides who haven’t played much rugby, with the flow of the game disrupted throughout by handling errors and interchanges.

Oldham nearly opened the scoring through Joe Hartley, but the centre was held up over the line by Mo Agoro.

The resulting turnover saw Taylor Prell break down the right edge and offload inside to the supporting Jack Miller to race over, Miller also adding the extras.

Handling errors from both sides would see possession turned over on a regular basis.

However, an Oldham scrum was read superbly by Alix Stephenson as the pass out the ruck was intercepted by the half-back who then went over unchallenged from 15 metres out.

Another knock-on allowed the visitors back into the contest as Lewis Young spilled the ball from the scrum Oldham worked their way to the line where Brad Jinks burrowed his way over from close range.

Oldham would draw level on the back of a period of sustained pressure, Owen Restall racing through a gap in the defensive line following a dropout after a Cougars man shot out the line, leaving the left wing exposed.

The Cougars would retake the lead as the visitors gave away a cheap penalty, allowing their hosts to go the length of the field on the back of a kick to touch.

Great link-up play would follow from Jake Webster and Lewis Young to send Charlie Graham diving over in the corner to touch down.

The home side finished the first forty with only 12 men on the field as Brenden Santi was sin-binned for delaying the restart by kicking the ball away after having an effort disallowed for a knock-on.

Both teams made a host of changes at the interval, and it showed in the halves early exchanges.

After the restart bounced out on the full, Oldham made the most of their temporary numbers advantage to create an overlap from which Tommy Brierley powered his way over to give his side the lead.

The lead though would prove temporary as from the kick-off, a handling error allowed Keighley to pressure the line and after both Graham and Spencer Darley were held short, Josh Slingsby fought in to restore the home sides advantage.

Nathan Roebuck was unlucky not to extend the home sides lead as he spilt the ball near the line, but the 20-metre restart that followed saw Oldham shift the ball right to Brierley who used a combination of speed and strength to go in for his second try of the afternoon.

Another handling error would lead to another score for the away side, the Roughyeds moving a converted try clear as Liam Copland spectacularly finished under pressure.

There was then concerning scenes as Oldham’s Sean Slater went down injured in the tackle, with the hooker carried from the field before leaving Cougar Park on crutches.

The boot of Ridyard following a penalty for offside would give Oldham a bit of breathing space heading into the final ten minutes of the game.

The grandstand finish though would be set up when after yet another knock-on, Aidan Scully burst through the visitors defensive line after running onto a Harvey Spence offload to get the try.

However, the sound of the hooter would seal the Oldham victory but not before Ridyard managed to fight through a tackle to touch down beneath a pile of bodies on the line.