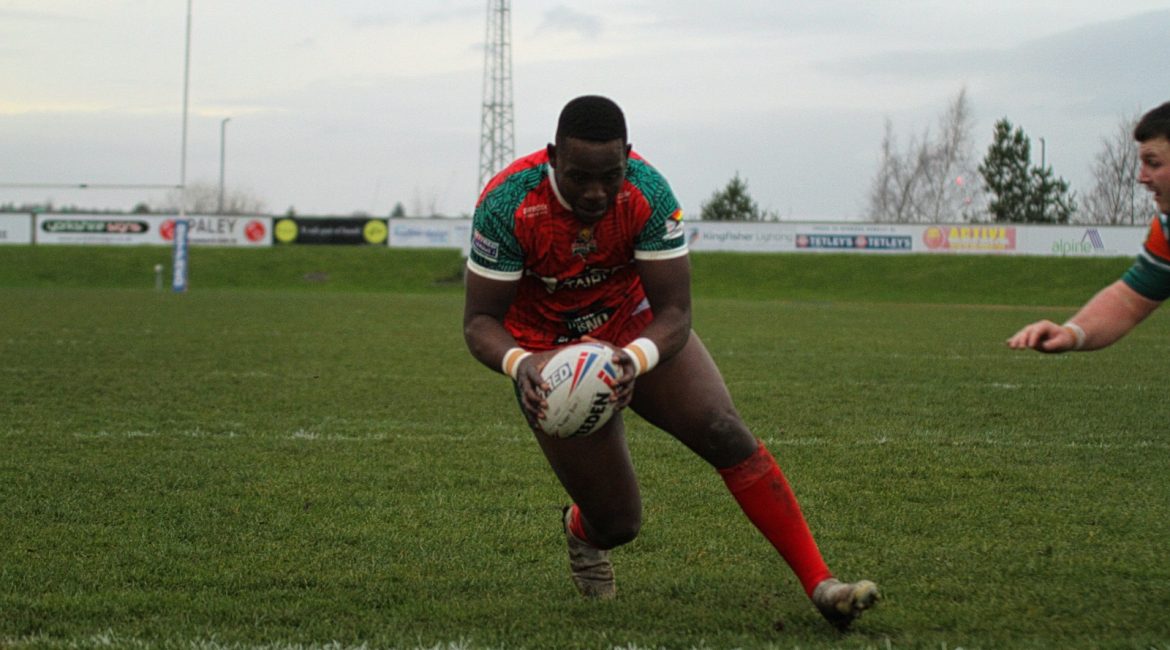 KEIGHLEY Cougars fell at the first hurdle on the road to Tottenham in the Betfred Challenge Cup as they were defeated 22-6 away at Hunslet.

In a game that was both low on quality but high on talking points, an ill-disciplined final quarter by the Cougars proved the difference as Hunslet capitalised on the numbers advantage presented to them to secure their passage.

Handling errors from both sides made for a very sloppy opening to the game as both sets of players looked to blow off the cobwebs in their first hit-outs of the 2022 season.

The home side though would open the scoring as on the ten-minute mark, they opted to keep the play alive, and Jack Mallinson’s pass out wide was touched down in the corner by a diving Kiedan Hartley.

Keighley had chances to register their first points of the afternoon, but Anthony Dyne was desperately unlucky on his debut, first finding himself a matter of inches away from a grubber in goal before the Hunslet defence knocked him into touch.

The Parksiders though extended their advantage through the boot of Jordan Syme, as the loose forward took the two points offered after consecutive penalties against the visitors.

However, Rhys Lovegrove’s side would level up the scoreboard heading into the half-time break.

With just two seconds left on the clock in the half, Kyle Kesik broke the line on the back of a turnover and offloaded to Anesu Mudoti, the prop marking his Keighley debut with a try.

Jack Miller extended his scoring streak for the club as he successfully converted from the tee.

The half-time interval though presented problems as Billy Gaylor would fail a head injury assessment and as a result, be ruled out of the remainder of the game.

Keighley began the second half slowly and would be punished as on the back of a penalty, Jason Mossop tried to burrow his way over.

The defence would begin to drag the centre into touch, but Mossop managed to free himself and force his way over to put Hunslet back into the lead.

Both sides would have plenty of chances, but also make plenty of errors, with the best chance for the visitors to get back into the game coming through an 80-metre break from Charlie Graham but Jack Render recovered to deny the score.

Moments later though, Dan Parker would collide off the ball with Dave Gibbons which gained the attention of the touch judge.

After deliberation between the officials, Cameron Worsley would brandish a yellow card to give Parker a ten-minute breather.

The numbers advantage would eventually catch up with Keighley as the home side extended their lead further as Harvey Whiteley went from dummy half and managed to squeeze himself over the line.

And just before the ten-minute sin-bin period ended, Whiteley bounced off a would be tackle and raced over for his second try to kill off the game as a contest.

The closing stages of the game would result in tensions boiling over and as a result, the Cougars finished the afternoon with only 11 men on the field.

Spencer Darley was dismissed first, the referee ruling that the prop had used his head in the tackle.

And just moments later, Kyle Kesik was also shown a red card after the officials had deemed the hooker had used his knees in the tackle.

Mallinson called for the kicking tee and converted the game’s final two points to put further gloss onto the scoreboard as the side from south Leeds progressed into the Third Round of this season’s Betfred Challenge Cup.