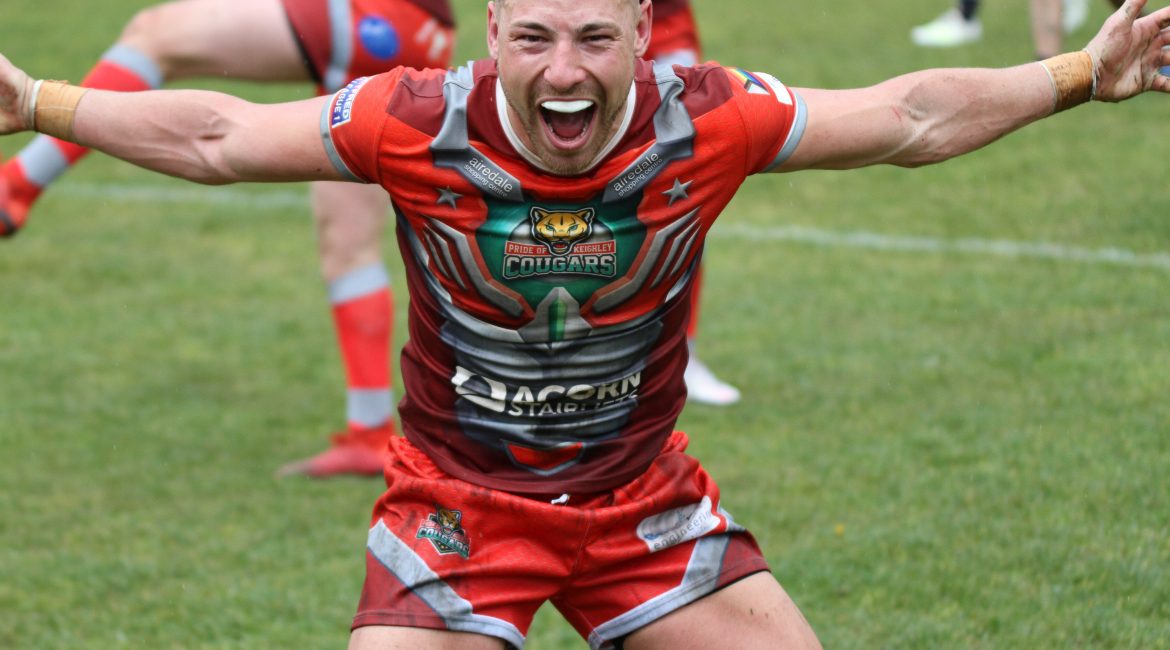 KEIGHLEY Cougars began their League 1 season with a statement victory over Doncaster at a windy Cougar Park.

Doncaster’s rustiness showed early as an ill-disciplined start allowed the Cougars field position and they took advantage through the quick-thinking of Scott Murrell.

Murrell put an audacious kick over the top early in the tackle count and fellow debutant Quentin Laulu-Togaga’e run the footrace to touch down.

Jack Miller’s successful conversion took him to 100 points as a Keighley player.

The visitors would keep giving away penalties and it eventually caught up with them as a tip tackle from Matty Beharrell would see him sent to the sinbin against his former side.

The sin binning would galvanise the men from South Yorkshire and two quickfire scores would see them turn the tide of the game onto its head.

Kieran Cross levelled the scoreboard when he burrowed his way over from close range after Keighley were penalised for offside close to the line.

And from the restart, the Dons would find a way to cross again as they took advantage of Mo Agoro being down injured in back play to cross near to the corner through Liam Johnson.

Keighley were on the backfoot and Richard Horne’s men continued to turn the screw, but Charlie Graham put life back into his side as he intercepted a long pass attempt on his own 20 metre line and raced the near length of the field to dive home beneath the uprights.

The home side then headed into the sheds with a one score lead, after the referee called six again and on the first play Aaron Levy crashed his way over from close range.

Doncaster would level once more as Beharrell weaved his way over with the opening score of the second half after taking the bounce of his own kick, but from then one it was only one way traffic as Keighley stormed to victory with relative ease.

Both sides were reduced to 12 men after an apparent headbutt in the tackle from Ben Johnston saw him and Jake Webster come to blows, the referee giving both men a flash of yellow for their troubles.

Despite losing Webster, the Cougars carried on the momentum and after Dan Parker was held up, the ball was worked out wide where Alfie Seeley crossed in the corner.

And on the back of a penalty, Jack Coventry spotted a gap in the defensive line and crashed through to dive over and put the game firmly in Cougars hands.

Johnston returned from the bin and got caught ball-watching as he allowed the bounce to ball from a Murrell kick, and Brenden Santi reacted quickest to get the score.

Rhys Lovegrove’s side finished with a flourish, with Laulu-Togaga’e turning provider on two occasions as he broke the line twice and managed to find offloads under pressure.