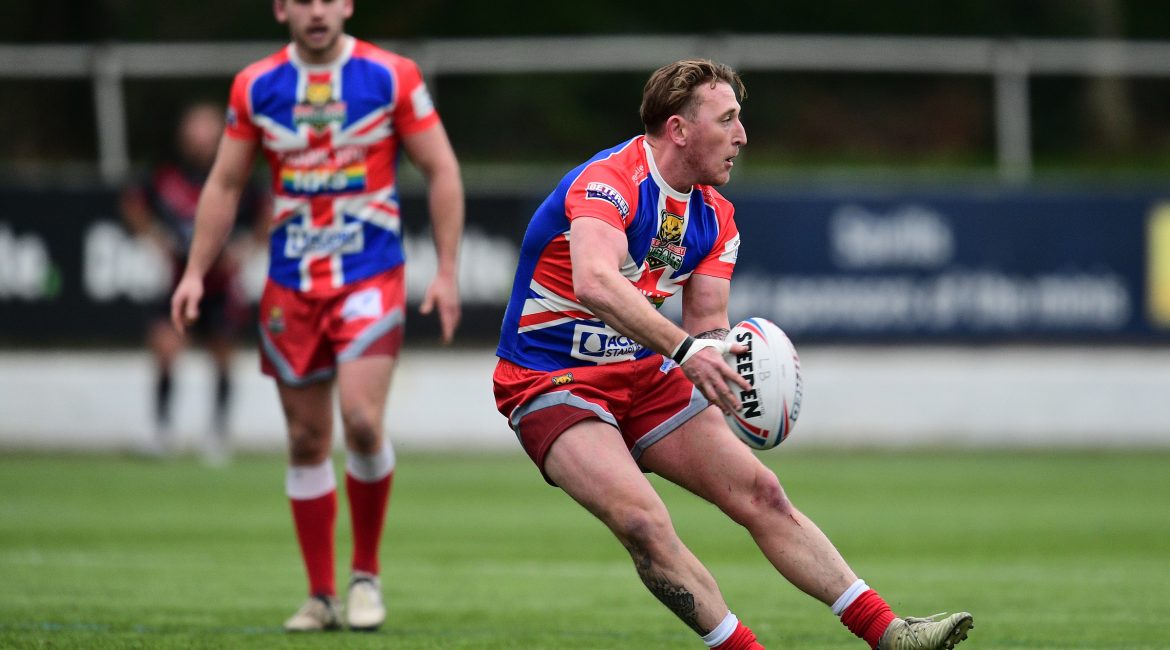 KEIGHLEY Cougars return to competitive action after over a year saw them fall to a battling defeat at the hands of the London Broncos.

One of three League One sides to be invited into this season’s Challenge Cup, the Cougars were handed the toughest draw imaginable against the side relegated from Super League prior to Covid-19.

However, Keighley did themselves proud against their full-time opposition and gave Head Coach Rhys Lovegrove plenty of positives to take into the new League One season.

It appeared that a long afternoon could be on the cards within just the first two minutes of the game.

Dan Parker was forced into touch from the kick-off, and from the resulting tap restart the Broncos worked the ball out wide to Gideon Boafo, who dove into the corner for a try on his professional debut.

The new set restart rules were working heavily in favour of the home side in the early stages, but the Cougars put in an outstanding defensive effort and it showed as they held Olsi Krasniqi up over the line.

A scrambling defensive effort from Taylor Prell denied Boafo a second try, but, the London attack finally broke through to double their advantage as they created a numbers advantage on the left edge that allowed Jacob Jones to race over to score unchallenged.

The Broncos would continue on the front foot in attack but blew a further two chances to score as James Meadows knocked on moments before Abbas Miski had an effort ruled out for a forward pass in the build-up.

Keighley though showed that they were not just in the Cup this year to make up the numbers and continued to throw everything they had at their hosts with some superb goal-line defence forcing errors out of their Championship opponents.

Feisty would then be the word used to describe the end to the first half as Robert Hicks was left no option but to send three players to the sinbin inside the space of two minutes.

A late challenge in the air by Robert Matamosi would see him sent for ten, with the resulting allocation seeing his opposite number Miski follow him to the sidelines for running in.

London were then temporarily reduced to 11-men after Paulos Latu committed a reckless challenge on Aaron Levy leaving the Keighley man requiring treatment, and the Tongan thankful the colour of the card issued wasn’t red.

A lull was expected at the start of the second half with both sides exchanging possession, before London struck first as Sam Davis managed to burrow his way over from dummy half.

The physical encounter was taken its toll on the bodies of players from both sides with the game being stopped regularly to allow running repairs to be carried out.

Great home defence denied Mo Agoro a consolation for Keighley, and from the restart the Broncos would go the length of the field and Romain Navarette took advantage by powering his way over from close range.

The Cougars would finish the game strongly and score two tries in the games closing stages.

Ryan Wright forced a knock-on, and from the resulting advantage played by the officials, Ben Stead and Prell linked-up superbly to work through the defensive line and send Agoro crashing over in the right-hand corner.

Parker then had his game ended early through a head knock, but as the hooter sounded as play restarted, debutant Brenden Santi powered his way over from the play the ball to touch down.