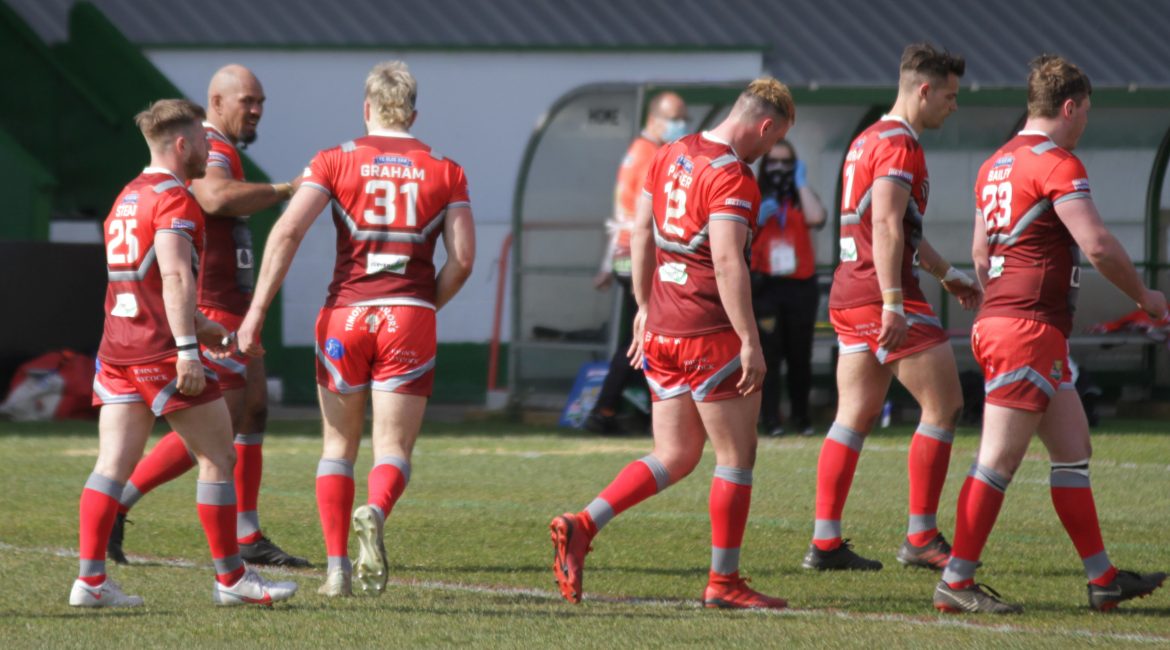 KEIGHLEY Cougars failed to back up their opening round victory as they fell to a sobering 40-18 defeat at the hands of the Barrow Raiders.

In truth, the Cougars were the creators of their own downfall on the day in Cumbria as an ill-disciplined and at times error filled performance allowed Barrow to get on the front foot and punish their visitors.

Rhys Lovegrove’s side came out the blocks firing, and despite losing Quentin Laulu-Togaga’e to injury after just four minutes, they came close to breaking the deadlock through Kieran Moran, but the forward couldn’t get the ball to ground.

The Raiders would then race into a two-score lead through a quickfire brace of tries.

They opened the score through Luke Cresswell, the full-back reacting quickest to a wicked bounce from a Jamie Dallimore kick, before Jarrad Stack doubled the advantage by powering his way over after Carl Forster was held up over the line.

Keighley couldn’t keep hold of possession and they would continue to be punished, Hakim Miloudi this time the beneficiary as he marked his debut with a try in the corner after Barrow worked the ball out wide.

Adam Walne spilt the ball underneath the posts as the Raiders onslaught continued with Jake Carter taking the two points on offer after the Cougars conceded another penalty.

The visitors finally registered their first points on the afternoon shortly before half-time as Brenden Santi crashed his way over from close range.

And the nightmare first half was capped off by Dallimore, the half-back burrowing his way over next to the posts as the hooter sounded.

However, the Cougars began the second half with signs of recovery as they worked their way back into the game.

Taylor Prell first had a try somewhat controversially ruled out, but from the restart Jake Webster exposed a gap in the defensive line to step through and touch down.

Then after Dallimore was sent to the sin-bin for a dangerous high tackle on Alfie Seeley, the visitors got back within one converted try after Scott Murrell fought his way over with a clever show and go.

The return of Dallimore from the bin turned the game back in Barrow’s favour and another penalty conversion from Carter put the home side back into the ascendancy despite Josh Lynam being held up on the line as the Cougars tried to force their way back into the contest.

But, with 12 minutes remaining, the result was put beyond all doubt as a high bombing kick from Ryan Johnston was plucked out of the air by Stack who landed over the line to score his second of the afternoon.

A third penalty conversion of the afternoon from Carter after Dallimore was taken off the ball extended the Raiders lead further.

Shane Toal would then be denied by last ditch defence from Webster but Barrow still found time to score one final try as veteran forward Ben Harrison powered his way over from close range to crash over.