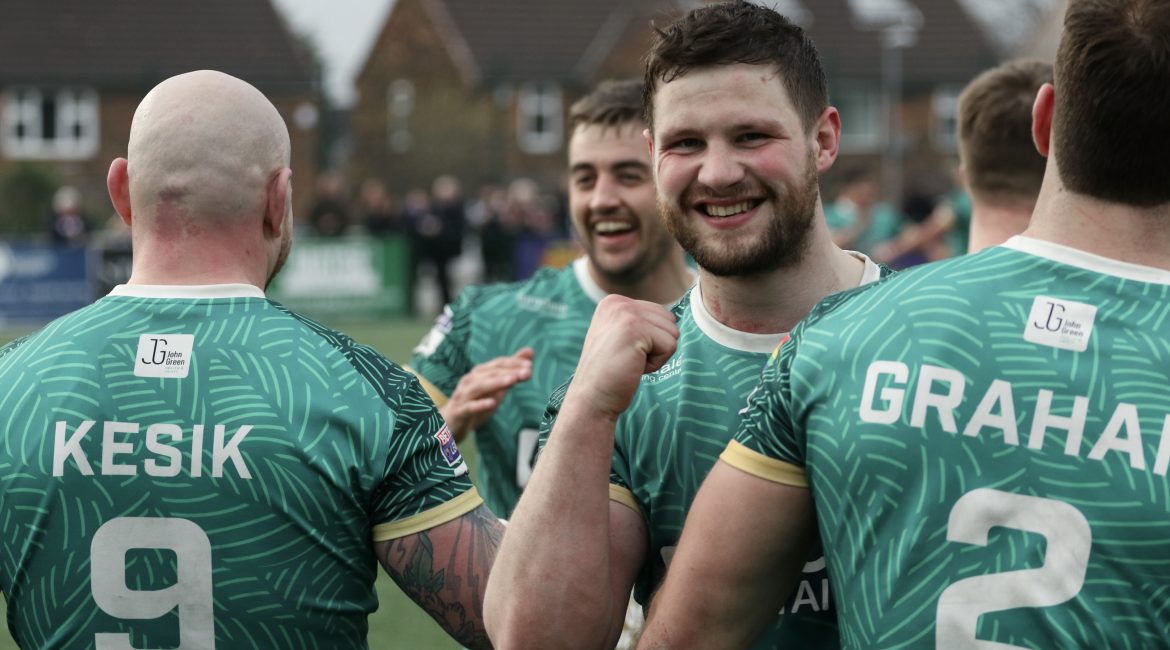 Next up in the hotseat, ahead of his 50th appearance for the club this weekend, Aaron Levy!

What attracted you to the club? The style of Rugby League – Fast, Attacking and Expansive

Favourite Memory as a Cougar? Finding out I was making my first team debut away at the Hemel Stags in 2018, I scored a try and was awarded Man of the Match.

Favourite player(s) past and/or present? Robbie Hunter-Paul in the past and Victor Radley in the present.

Longest in the shower? Mo Agoro

Which player wouldn’t you want to be stuck in an elevator with? Dalton Desmond-Walker

If you could invite any 3 people over for dinner, who would they be? Tom Brady, Lebron James, Andrew Johns

What 3 things would you take with you to a deserted island? Blow Up Dingy, Lighter, Rugby Ball

Tell us a joke? Did you hear about the cheese factory that exploded in France? There was nothing left but de Brie.