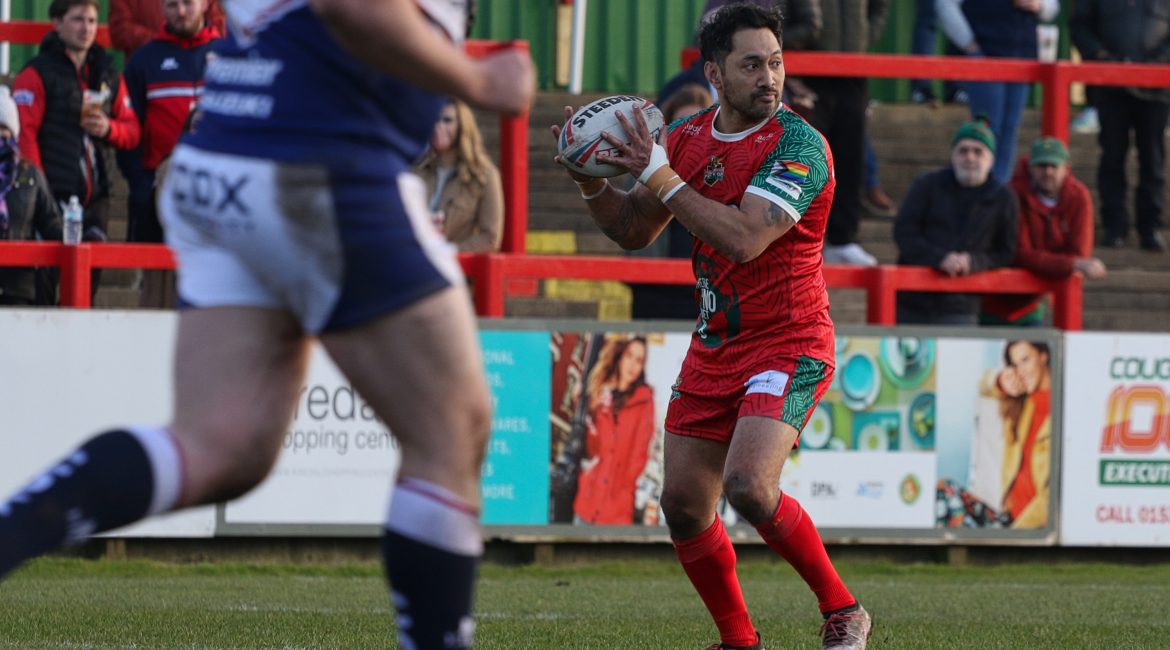 KEIGHLEY Cougars have today agreed to loan Quentin Laulu-Togaga’e to the Sheffield Eagles.

Quentin, who arrived at Cougar Park from the Newcastle Thunder in August 2020, has returned to his former club as injury cover for former Cougars full-back Josh Guzdek.

The deal between ourselves and the Betfred Championship club is for an initial period of 28 days and will be reviewed thereafter depending on the respective clubs situations at that point in time.

The full back will be unavailable for Sheffield’s Challenge Cup tie away at North Wales tomorrow, but, will be available for selection beginning with their trip to Whitehaven in the Championship next weekend.

Joining the club ahead of the 2021 season, ‘QLT’ quickly made headlines in Keighley colours after playing alongside his son Phoenix before the latter made the move to Super League side Hull Kingston Rovers.

Despite a knee injury that brought a premature end to his year, Laulu-Togaga’e would score 7 tries in 12 appearances as the Cougars secured a 4th place finish and their first play-offs appearances since 2015.

Everyone here at Cougar Park would like to wish Quentin all the best during his period away in South Yorkshire.