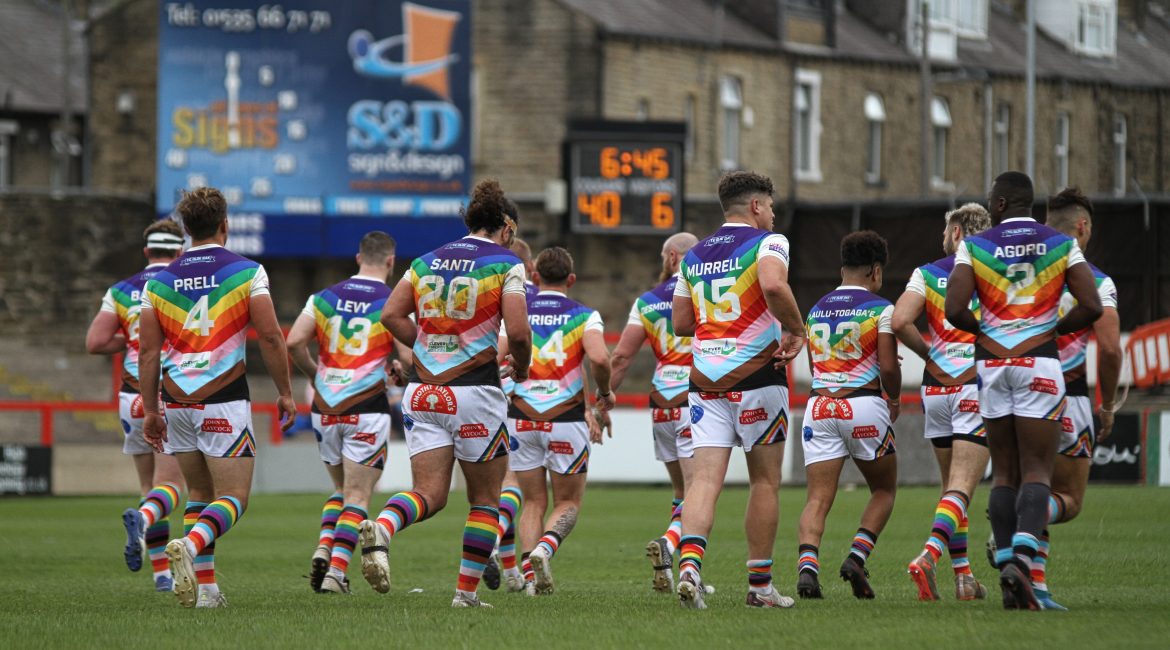 Keighley Cougars won a second consecutive game on the road as they grinded out a 14-34 victory away at the London Skolars.

The Cougars started the game brightest and broke the deadlock through a try from Aaron Levy.

The Skolars though would reply with ten unanswered points through a try from Jerome Yates and three conversions, two of which were penalties, from the boot of Neil Thorman.

However, the sinbinning of Jacob Ogden would turn the game as the Cougars finished the first with three unanswered tries.

Matthew Bailey reacted quickest to a dropped kick before two chips over the top from Kyle Kesik were touched down by Jack Arnold and Taylor Prell.

The Cougars began the second half in similar vain as Ryan Wright burrowed his way over from dummy half.

Prell then scored his second of the afternoon, crossing in the corner on the back of great link up play between James Feather and Dan Parker.

The Skolars would register the final points of the game as Paulos Latu forced his way over, but they finished the game a man down as Mike Greenhalgh was sent to the bin for punching.

The West Wales Raiders were defeated 50-18 away from home at the hands of the Coventry Bears.

In truth, the Raiders were in the game until the second half as reflected by the fact, they went into half-time level at 14 points each.

Hayden Freeman opened the scoring for the home side before West Wales took the lead through a reply from Jamie Murphy.

The lead then exchanged hands twice more as Reece Rance touched down for the Bears with Jack Uren restoring advantage for the Raiders.

And the topsy-turvy first half would continue in that vein as Kieran Sherratt put Coventry back into the lead, but the visitors would draw level on the hooter from an Aedan Coleman score.

The second forty would be a one-sided affair as the Bears blew their opposition off the park.

Kieran Hudson scored early in the half with a quickfire double from Nathan Hill putting Coventry out of sight of their opponents.

The sinbinning of David Evans would add to the Raiders woes, and in his absence, they would concede a further three tries.

Both Liam and Matt Welham touched down in the space of three minutes with Dave Scott rubbing salt into the wounds just as Evans was due to return to the field of play.

Evans though would make amends for his previous discretion, scoring a consolation try with four minutes remaining on the clock.

Head Coach Rhys Lovegrove has made five changes from the side that was victorious in the capital last weekend.

Dan Parker (Back) and Brenden Santi (Shoulder) are both ruled out through injury.

Ryan Wright is unavailable for selection as a result of his wedding whilst Taylor Prell is rested, and Spencer Darley is unable to travel because of his partner’s due date nearing.

James Feather will break Phil Stephenson’s appearance record this Saturday afternoon across the border as he plays his 344th game for the Cougars.

West Wales Raiders Head Coach Aaron Wood has brought a notable inclusion into his 21-man squad ahead of the visit of the Cougars this weekend.

Star signing Gavin Henson, who has not featured since being injury in March’s Challenge Cup defeat to Widnes, is back in the side for the first team in the League One season.

Wood also welcomes both Badham brothers back into his side following their respective suspensions that saw them miss last weekend’s loss to the Coventry Bears.

Rowland Kaye is also recalled into the squad following his return to the club after a spell with Carcassone in the French Elite Championship.

Aedan Coleman drops out of the side after featuring regularly since joining the Raiders mid-season from the All Golds in the Southern League.

KEIGHLEY COUGARS HEAD COACH RHYS LOVEGROVE: “Our goal for this week is to continue on from our performances against Coventry and London.

“So, we need to maintain that level of performance now at West Wales as we continue to build, and we get the results on the back of it.

“We need to also make sure that we improve also and continue this run of form heading into the play-offs.”

A Keighley Cougars side that lost a number of players just 48 hours prior to kick-off staved off any doubts with a convincing 70-12 victory over the West Wales Raiders at Cougar Park.

The game was over before half-time in truth as the Cougars came firing out of the blocks against their visitors.

Jake Webster opened the scoring in the 3rd minute before Dan Parker stepped through to touch down after a further two tries were disallowed inbetween.

The next two restarts would go out on the full and from the resulting penalties, both Taylor Prell and Jack Miller touched down after breaking the defensive line.

And the onslaught down the slope continued as both Josh Slingsby and Quentin Laulu-Togaga’e would score in quick succession.

West Wales finished the first half by finding some points, Jamie Murphy burrowing his way over.

The Raiders started the second half brightly, Sam Herron powering over to double the visitor’s scoreboard tally.

Parker moved out into the centre and completed his hat-trick with two quickfire tries.

Ewan Badham was then sent-off for West Wales, Kieran Moran being sinbinned for his role in the incident, Aaron Levy racing over from the resulting penalty.

Miller then sealed his brace on the back off a break from Slingsby and Kesik with the father-son duo of Quentin and Phoenix Laulu-Togaga’e linking up to send Quentin over for a second four pointer.

And then on the sound of the final hooter, Spencer Darley powered his way over to crash over.

Tickets are still on sale for Saturday’s game as the Cougars make the journey across the border to face the West Wales Raiders.

You can still purchase a ticket in advance of attending Stebonheath Park via the West Wales Raiders club website, with a pay on the day option also available for supporters yet to purchase their tickets.