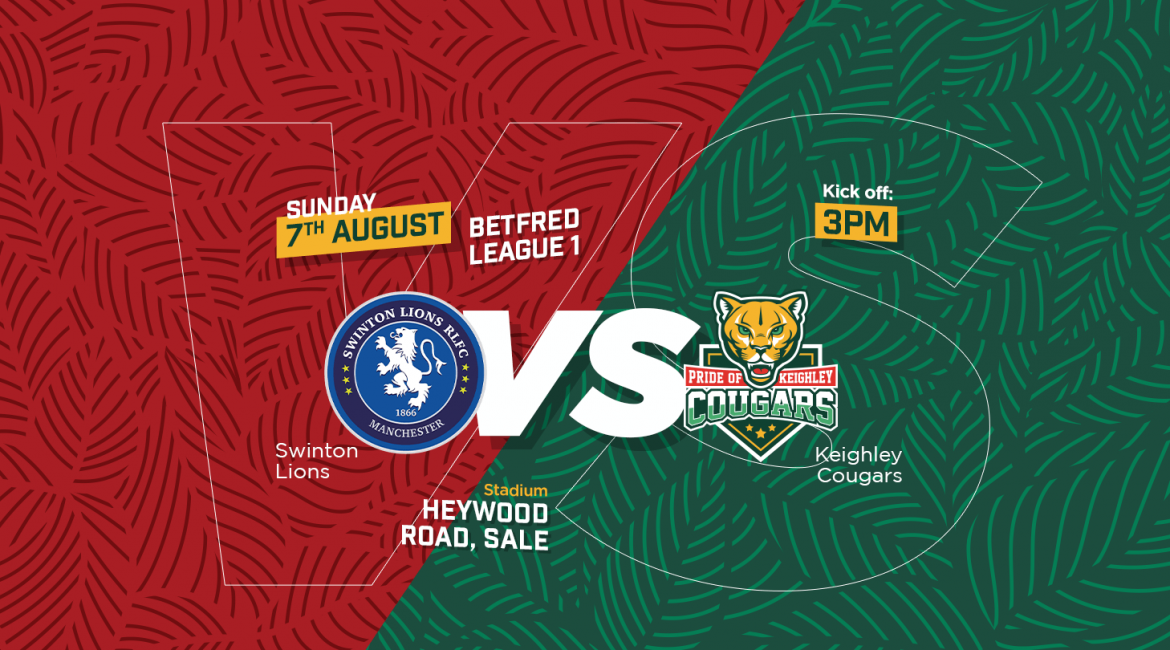 The Keighley Cougars made it 15 wins from 15 with a 6-54 victory on the road against the Midlands Hurricanes.

Cougars got off to a flying start, Aaron Levy scoring a brace either side of Mo Agoro crossing for the 12th consecutive match.

Toby Everett would step his way through the line to cross, but the Hurricanes had the final say of the first half as Chris Cullimore became the first man in 355 minutes to breach the Keighley defence.

The second half though would be all Keighley as they ran in 36 unanswered points to ease their way to another two points.

Jack Miller weaved his way over quickly followed by Everett crashing over on the back of a 40/20 from Dane Chisholm.

Alix Stephenson dove in at the corner on the back of a penalty before Miller wrapped up his hat-trick with a quickfire double, the latter of which came on the back of excellent play from Lewis Young.

And then with seconds remaining on the clock, Stephenson was in again at the corner to secure his double.

In a fiery derby clash, the Swinton Lions emerged 53-22 victors over the Rochdale Hornets.

Aiden Roden opened the scoring for Hornets, but a Gavin Bennion sin-bin swung the momentum in Swinton’s favour.

Dan Abram, George Roby, and Billy Brickhill all crossed whilst the Lions had the man advantage.

A further try from Jordan Case increased the lead and they would again have a man advantage as this time Zac Baker would be sent to the bin.

Max Roberts and Nick Gregson both scored during this time to give Swinton full control of the contest.

Rochdale threatened to come back into the contest through Lewis Sheridan and Ben O’Keefe, but a second Case try and further ill-discipline would again derail them.

Ben Forster was sent-off before 90 seconds later, Fuifui Moimoi was put in the bin.

The boots of Abram and Jack Hansen increased the lead further for Swinton, but the Hornets would score a consolation on the hooter through Cian Tyrer.

Head Coach Rhys Lovegrove has named an unchanged squad from the victory against the Midlands Hurricanes a fortnight ago.

Billy Gaylor, Matthew Bailey, and Nathan Roebuck are all back in contention after missing the Hurricanes game as injury precautions.

Dalton Desmond-Walker (Calf) and Bradley Ho (Calf) both returned to full training this week but the trip across the Pennines comes too soon for the pair.

Jake Webster (Leg) is again ruled out through injury.

Swinton Lions Head Coach Allan Coleman is doing it tough as a lengthy injury list means he has only been able to name an 18-man squad.

Lewis Hatton, Billy Brickhill, Jayden Hatton, Mike Butt, Luke Waterworth, and Lewis Charnock are all ruled out through injury whilst Brad Holroyd has been recalled by parent club Widnes Vikings.

Richard Lepori however does return from the treatment room with Max Kirkbright in line to debut following his loan move from Hull Kingston Rovers.

Will Hope also returns to the squad to help the side he once captained after retiring earlier in the year due to work commitments.

KEIGHLEY COUGARS HEAD COACH RHYS LOVEGROVE: “When I first arrived, there was a bit of a stigma around Keighley, and as soon as the name was mentioned, people laughed.

“We’ve worked hard to change that, set out goals and targets, and how we wanted to perform.

“It’s all about the process for me and us getting better each week.”

SWINTON LIONS CEO STEVE WILD: “With the exception of Luke, we’d had a reasonably fair run as far as injuries are concerned, but all of a sudden, we’ve been heavily affected.

“Obviously our Head Coach Allan Coleman would like to bring a player or two in, but in the current climate, and the lack of availability, it’s just not that simple.

“On Sunday we are now likely to have 7 players missing who would probably have been strong contenders for a starting place, but as they say one man’s misfortune is another man’s opportunity.

“The spirit in the camp is fantastic, as proven by recent performances, and I’m sure the lads who step up will do us proud.

“Hopefully over the next couple of weeks we’ll get some bodies back.

“In the meantime, I’m sure our supporters will understand where we’re at and will get behind the Lions as they did so brilliantly at Cornwall and Rochdale.”

His last appointment to a Keighley match came in May of this year when he oversaw the Cougars comprehensive 96-0 home victory against the London Skolars.

The Keighley Cougars continued their unbeaten start to the season in style, demolishing promotion rivals Swinton Lions 30-0 at Cougar Park.

A penalty conversion from Jack Miller in just the second minute of the game opened the scoring and the Cougars never looked back from that point onwards.

Dan Abram and Mike Butt would get caught out from a Scott Murrell kick to the corner, Lewis Young the quickest to react and touch down the loose ball.

And the lead would extend further, as the Cougars went the length from the restart and Jack Miller turned through a tackle to force his way to the line.

Shortly before half-time, Keighley would further add to their advantage as Mo Agoro went racing over from a scrum play.

Nick Gregson would be sin-binned for the Lions, and whilst he was off the field Charlie Graham stepped inside to leave four defenders for dead and race over.

Agoro dived over in the corner for his second of the afternoon for the game’s final score with the Lions again reduced to twelve shortly before full-time as Deane Meadows was binned for a professional foul.

Advanced tickets are on sale ahead of Sunday’s visit to Heywood Road.

You can buy tickets by clicking HERE

Pay on the day upon arrival at the ground is also available.