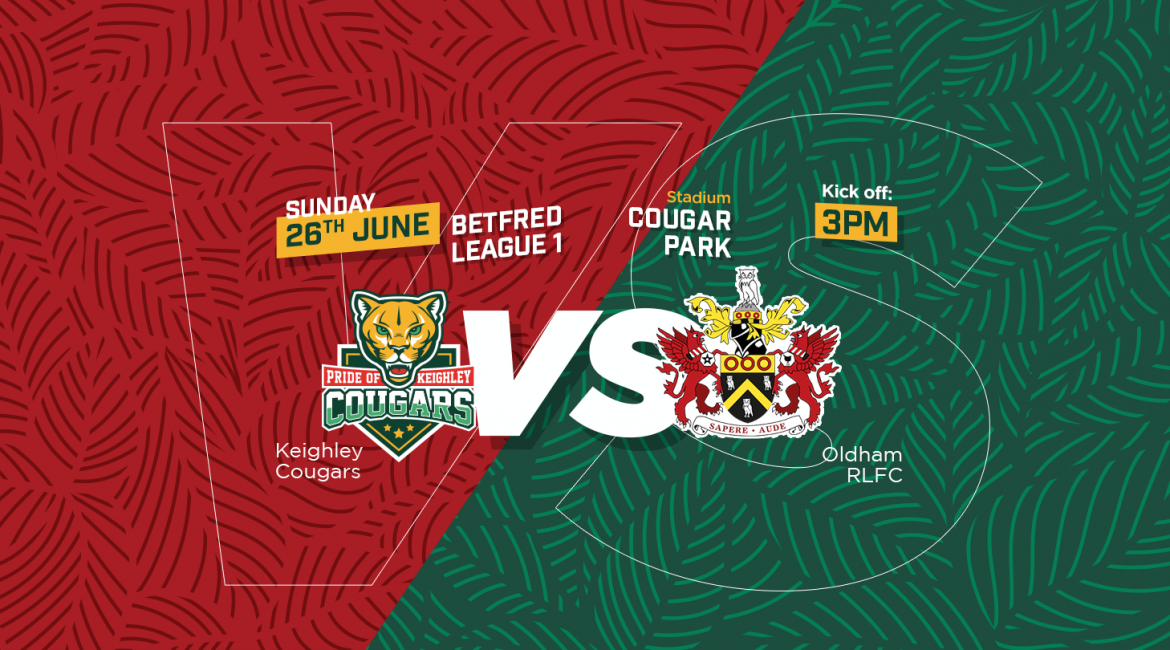 The Keighley Cougars maintained their unbeaten start to the league campaign with a 56-12 victory away from home against a spirited Cornwall outfit.

Dane Chisholm opened the scoring for the Cougars, but Cornwall kept their visitors at bay, bar an effort from Lewis Young, until Luke Collins was sin-binned for a late hit.

This allowed the floodgates to open for Rhys Lovegrove’s side as they ran in three more unanswered scores.

A brace from Charlie Graham, that saw him set a new club record for tries in consecutive matches, was complimented by a four pointer from Alix Stephenson.

Cornwall’s misery before the break was compounded by a red card for full-back Liam Whitton.

The home side though started the second half brightly and would score through Nathan Cullen.

However, the Cougars responded with five second half tries.

Chisholm would weave through for a second before Harvey Spence opened his account for the club on the back of a break from Young.

Mo Agoro then extended his tally to the season to 16, with two tries either side of Toby Everett crashing over for Keighley.

Cornwall though had the final say on the day, Aaron Jones-Bishop scoring after a kick was misjudged by the visiting defence.

Oldham RLFC kept themselves in the hunt for the play-off positions as they blew the Midlands Hurricanes off the park with a 66-0 victory at the Vestacare Stadium.

In truth, the Roughyeds were in full control of this match from the beginning and were rewarded with their finest performance of the season to date.

Owen Restall’s first half brace set them on their way as Stuart Littler’s side took a 26-0 lead into half-time.

They began the second half in similar vein, Connor Carr crossing twice in the early stages for a brace of his own.

Andrade then powered over for a second before another brace of tries followed shortly after through winger Joe Hartley.

And they would compound the Hurricanes misery with two tries in the game’s final three minutes.

Calvin Wellington crossed before the sound of the hooter brought with it a score from Martyn Ridyard.

Head Coach Rhys Lovegrove has made two changes to the side that won in the Duchy a fortnight ago.

Both new signings, Eddy Pettybourne and Junior Sa’u, are available and come straight into the squad.

Josh Lynam (Hand) is ruled out through an injury sustained at work and drops out of the squad alongside Anesu Mudoti.

Nathan Roebuck and Matthew Bailey, both rested at Cornwall as injury precautions, are both fit and available to play.

Dalton Desmond-Walker (Hand) returned to training this week, but the Roughyeds visit comes too soon for the forward.

Oldham Head Coach Stuart Littler will be without two players due to suspension.

Robbie Butterworth and Luke Nelmes are both sidelined for this fixture by the disciplinary panel following incidents in the defeat to Swinton earlier this month.

Dave Hewitt returns to the squad after not featuring last time out as does Billy Yarrow.

Jason Muranka returns from injury and is one of four former Cougars players set to feature this Sunday afternoon.

Sean Slater is the other player to miss out from the Hurricanes victory.

KEIGHLEY COUGARS HEAD COACH RHYS LOVEGROVE: “They were good performances against North Wales and Cornwall, and something we worked hard for.

“The boys took the opportunity to do their homework, and they executed when it mattered.

“I always say it’s too early for title talk.

“It’s all about the process for me and us getting better each week.

“Training went well this week, and the suspended players will be replaced by players who show up well in training this week.

“The number of blank weekends hadn’t helped up to now because a stop-go approach made it difficult to maintain momentum and consistency.”

“Keighley have spent a lot of money to get to where they are.

“And they are to be applauded for taking the club forward.”

This Sunday’s game will be officiated by Cameron Worsley of the Castleford & Featherstone RLRS.

Cameron is one of the professional games younger officials, having taken charge of his first game in Betfred League 1 at just 17 years of age.

He has since progressed to referee regularly in the Betfred Championship, also becoming a touch judge at Super League level, and was the man in the middle for the 2019 Women’s Challenge Cup Final in Bolton as Leeds defeated Castleford.

Cameron last took charge of a Keighley Cougars fixture in January of this year when he would produce three cards in a Challenge Cup Second Round defeat away at Hunslet.

The Keighley Cougars started their Betfred League 1 season off with a comprehensive 32-6 victory away at Oldham RLFC.

The Cougars flew out of the traps and raced into an early sixteen-point lead.

Alix Stephenson opened the scoring as he dived over in the corner before Aaron Levy crashed over from close range.

From the following restart, Lewis Young went over next to the uprights on the back of a break from Brenden Santi.

A bright start to the second half saw Rhys Lovegrove’s side extend their lead further as Nathan Roebuck took advantage of an overlap to score.

However, the Cougars would score a further two tries to seal the victory.

Levy would fend off three attempted tacklers to score his second before Roebuck sealed a brace of his own as he went over unchallenged on the back of a scrum near to the line.