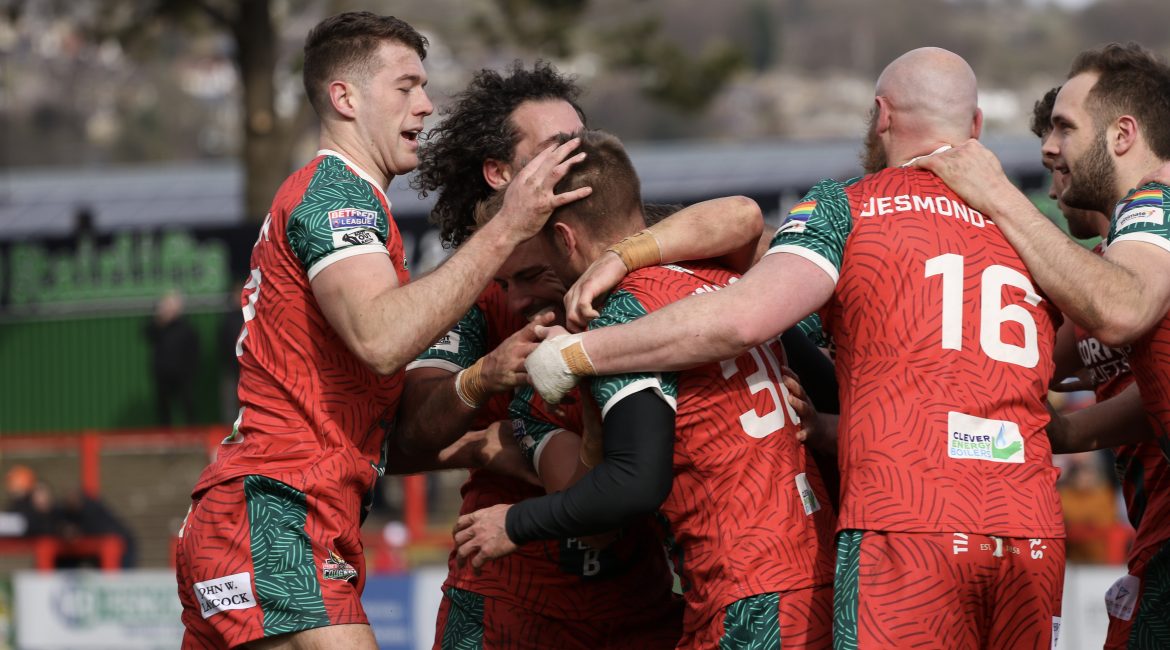 The Keighley Cougars made it two wins from two at the start of their Betfred League 1 season with a 26-6 home victory over Doncaster at Cougar Park.

Keighley opened the scoring through Alix Stephenson but would squander several chances to extend their lead.

However, they found another breakthrough shortly before the interval as Charlie Graham turned through a tackle to fight his way over from close range.

Outstanding Cougars defence kept Doncaster at arms-length, and they would kill the game off with two quickfire tries.

Lewis Young rounded the posts on the back of a Jack Miller short ball before Nathan Roebuck dived home in the corner.

Doncaster did make sure they avoided being nilled on the scoreboard as Ben Johnston went over from dummy half.

However, the final say went to the Cougars as Jake Webster crossed over on the back of a Mo Agoro break inside from his wing.

Despite a competitive first half hour, Hunslet were punished for ill-discipline as they fell to a 44-20 defeat away at the Rochdale Hornets.

Hunslet went into an early 8-0 lead through a penalty and try from Joe Sanderson.

Rochdale though would score in quick succession to take a 12-8 lead, before the Parksiders would regain the advantage when Jack Render rose highest to a kick.

The Hornets would take the lead, however a late challenge in the build-up would see Ethan O’Hanlon sin-binned and the momentum of the game fully swing in the favour of Rochdale.

A further two tries followed during this time and the home side would take a 26-14 lead into the interval.

Rochdale continued to turn the screw and would begin the second half with a further two tries after Matty Stableford was carried from the field injured.

Hunslet heads were down, and it was compounded by Jimmy Watson being sent to the bin for a shoulder charge before Kiedan Hartley was sent from the field for foul and abusive language towards the referee.

With the numbers game again in their favour, a further two Hornets tries would follow with Gregg McNally rolling back the years with a 90-metre effort.

However, the final say was that of Hunslet as Jimmy Watson scored on the sound of the final hooter.

Head Coach Rhys Lovegrove has made two changes to the 21-man squad he named for the victory over Doncaster a fortnight ago.

Taylor Prell returns for the first time since March’s friendly defeat to Oldham following a leave of absence with Josh Slingsby also recalled to the side.

They come into the side in place of Aidan Scully (Shoulder) who is ruled out through injury and Chris Cullimore drops out of the squad.

The trip to Hunslet is the final match of Dan Parker’s suspension.

Josh Lynam (Knee) is a long-term injury absentee but Anesu Mudoti (Knee) and Anthony Dyne (Hand) both returned to training this week.

Hunslet Head Coach Alan Kilshaw has been forced into a number of changes as his injury list continues to grow.

Connor Moore, Daniel Okoro, and Cole Oakley all go straight into the side after joining on loan from Hull Kingston Rovers and the Halifax Panthers respectively this week.

Jacob Beer and Aaron Jones-Bishop are also brought into the squad by Kilshaw ahead of the Cougars visit.

As does Matty Stableford (Knee), who is ruled out through injury and is set for a lengthy spell on the sidelines alongside Duane Straugheir (Groin), Joe Summers (Shoulder) and Dave Gibbons (Shoulder).

KEIGHLEY COUGARS HEAD COACH RHYS LOVEGROVE: “Our fixtures at the start of the season have been tough but you’ve got to play everyone home and away.

“But we are getting the balance right at the moment.

“It is going to be a long journey, a long year over the course of this season, and we are not getting ahead of ourselves.

“We’ve just got to keep taking each week and each game as it comes, working hard each session and getting better from there.”

“But for the momentum shift before half-time, the result could have gone the other way. And there were certainly positives; prop Kieran Moran went well on his debut, Joe Sanderson had a good game at stand-off, and Harvey Hallas was yet again outstanding in the front row.

“For all that the calls didn’t go our way, though, our outside defence could have been a lot better. We have to learn to defend after decisions go against us.

“Ultimately, we spent 40 minutes with only twelve men and that had to have an effect.

We’ll be addressing those issues in training ahead of the home game with Keighley on Good Friday evening, when our supporters can expect a reaction.”

This Friday evening’s referee is Kevin Moore of the Castleford and Featherstone Rugby League Referee Society.

Moore is a Grade 1 Referee with the Rugby Football League and has officiated the Cougars on a number of occasions over the past few seasons since being promoted to the professional game.

He refereed the Cougars on two separate occasions during the 2021 season, against the Rochdale Hornets at Cougar Park in May and the fixture against Coventry Bears at the Butts Park Arena in July.

Moore will be assisted by his touch judges, Ryan Stansfield (Preston) and Mackenzie Maddison (St Helens). The reserve referee is Douglas Martin (Castleford).

The Keighley Cougars 2022 season began with a Challenge Cup defeat away at Hunslet RL.

On a cold January’s afternoon in South Leeds, a game low on quality was won by the Parksiders as they made the most of errors and ill-discipline within the Keighley ranks.

Kiedan Hartley dived over in the corner to open the scoring for Hunslet, with their lead extended through the boot of Jordan Syme from a penalty conversion.

The Cougars though would draw level on the sound of the half-time hooter as Anesu Mudoti crashed over from close range on debut.

The second half would see Hunslet run in 16 unanswered points on their way to victory.

Jason Mossop was first on the scoreboard in the second forty, evading touch to fight his way over.

Keighley would find themselves down to 10-men when after Dan Parker was sin-binned, both Spencer Darley and Kyle Kesik were shown red cards in quick succession.

The numbers advantage would catch up with the visitors as Harvey Whiteley would score a brace of tries from dummy half before Jack Mallinson rounded up the victory with a penalty conversion.

Tickets for Friday’s game at the South Leeds Stadium are on sale NOW and available to buy online.

To purchase your tickets in advance of arriving on Friday, please click HERE