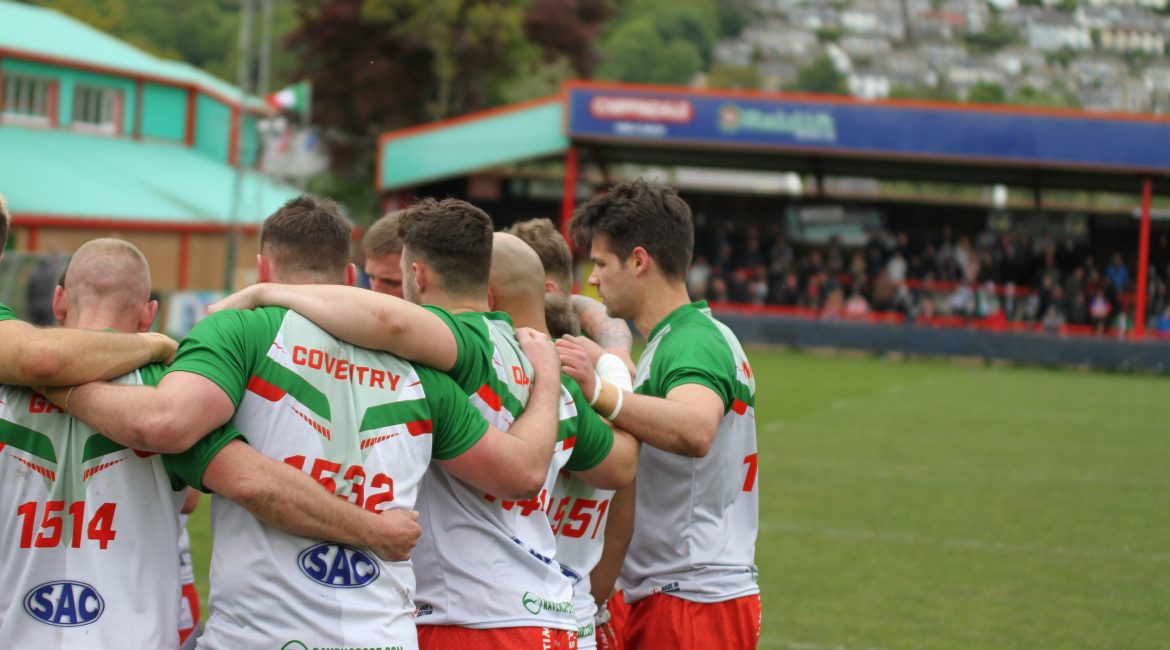 The Keighley Cougars fell to second consecutive defeat after falling to a 36-43 loss at home to the Rochdale Hornets.

Tries from Lewis Galbraith and Ryan Forshaw cancelled out an earlier Jack Miller penalty, but Keighley would take the lead through two tries of their own courtesy of Alfie Seeley and Scott Murrell.

A topsy-turvy first half though would see Rochdale head into the half-time interval with a 21-10 advantage as Gavin Bennion and Shaun Ainscough would cross for tries prior to an audacious drop goal attempt from Rob Fairclough.

Fairclough would open the scoring in the second half as he took advantage of a wicked bounce of the ball before Fuifui Moimoi and Josh Jordan-Roberts powered their way over to put the Hornets in the ascendency.

The Cougars then threatened a sensational comeback though with three tries in the space of five minutes as Aaron Levy, Charlie Graham, and Miller all scored.

However, an error from the restart saw the Hornets kill the comeback and secure the win through a Shaun Ainscough dive to the corner.

Hunslet RL gave their all but were defeated 6-29 by the Barrow Raiders at the South Leeds Stadium.

In truth, Hunslet were the better side for the opening hour with the scores level at 6-6 through Dom Brambani and Jake Carter tries, defences very much on top, with Hunslet unlucky not to lead through a disallowed Wayne Reittie effort.

But fatigue and injuries would catch up with Gary Thornton’s side as Barrow would score 23 unanswered points in the games final quarter to make sure they returned to Cumbria with the win.

Jamie Dallimore, Ryan Johnston, and a double from Tee Ritson, saw Barrow run in a quickfire 22-point turnaround to not only take the lead but put the game to bed.

Dallimore would then kick a drop goal after the sound of the final hooter to rub salt into the wounds for the undefeated Barrow side.

Head Coach Rhys Lovegrove has made four changes to his side following last weekend’s defeat to Rochdale.

Quentin Laulu-Togaga’e (Leg) and Dan Parker (Hamstring) both return from injury and are joined in the side by Dalton Desmond-Walker and Morgan Robinson, who are both named for the first time this season.

Billy Gaylor (Shoulder) is ruled out through the injury he sustained against the Hornets last Sunday and joins Zach Braham (Hamstring), Wellington Albert (Ankle), and Alix Stephenson (Leg) on the sidelines.

This weekend’s game comes too soon for Mo Agoro (Leg) as he continues his recovery from injury.

Jason Muranka, Dan Hawksworth, and Josh Lynam all drop out of the squad from last weekend.

Gary Thornton has named a 19-man squad for their short trip across West Yorkshire as injuries continue to make their mark on his side.

And they join an ever-growing injury list at the South Leeds Stadium with Jimmy Watson (Knee), Will Cooke (Leg), Anthony Bowman (Wrist), and Sion Jones (Ankle) also unavailable for selection.

Dave Gibbons Jnr, Curtis Davies, and Ben Tibbs, all go straight into the side after joining on loan this week with Niall Walker and Jack Norfolk dropping out from the squad that lost to the Raiders on Sunday.

Former Cougars Nathan Conroy, Harvey Hallas, and Lewis Wray, have all been named for a return to Cougar Park.

KEIGHLEY COUGARS ASSISTANT COACH DEAN MUIR: “We’ve got to make sure that we are ready for Hunslet.

“We’ve had lots of sleepless nights going into this one looking at a lot of video and the lads have really worked hard in training this week looking to right a few wrongs.

“Hopefully we will put in a performance that will set the story right from the weekend and we will be ready to go come kick-off.

“I’ve never seen a non-competitive game between the two clubs and both sides always give it their best shot in this fixture so hopefully it will be the same come Sunday.”

HUNSLET RL HEAD COACH GARY THORNTON: “The players have been suffering from fatigue in the closing stages of games, by comparison with their opponents, and there’s a reason for that.

“Our pre-season preparations have been limited, partly because of limited access to the council-owned South Leeds Stadium during the Covid-19 pandemic, while most other teams own their own grounds and haven’t had that problem.

“We could hold only one training session a week initially, through the high cost of adhering to Covid-19 protocols, and we’ve unavoidably been behind schedule in our preparations.

“Last year, when we’d started well and were finishing strongly in games, we’d enjoyed 42 sessions pre-season. This year we had twelve, which says everything. We’re undercooked, until we get a few games under our belts, it’s a simple fact.

“But what we’re going to take heart from is that, despite not having played well, we had Barrow for the taking midway through the second half.

“They are League 1’s big spenders but we’d kept them at bay with what was nothing short of heroic defence on our own line.

“That tells me that when we do reach full fitness and hit top form we will, as last year, be a force to be reckoned with in this section.”

This is the first meeting between the two clubs since the now infamous meeting at Cougar Park in August 2019.

On an awful evening in Keighley, the cold temperatures did nothing to prevent tempers flaring as six cards were brandished throughout the game as Hunslet came out of the battle with a 32-10 victory.

Hunslet took an 8-0 lead through a Zach Braham try and Joe Sanderson penalty, but the Cougars came back into the contest just before half-time through a Davey Dixon score.

The first signs of trouble in the game then flickered when Kieran Moran was sin-binned before a punch on Louis Sheriff sparked ugly scenes in the tunnel at half-time.

Jason Muranka scored early in the second half to give Keighley the lead, but Hunslet would then score 24 unanswered points to win a stop-start contest that made headlines for all the wrong reasons.

Hunslet turned the screw to get on the front foot with Jordan Andrade, Duane Straugheir, and Tom Ashton, all scoring in quick succession to give the visitors an unassailable lead.

Ugly scenes would mar the game as Taylor Prell and Straugheir were both sin-binned before a brawl at full-time resulted in red cards for Dan Parker, Josh Tonks, and Bloomfield.