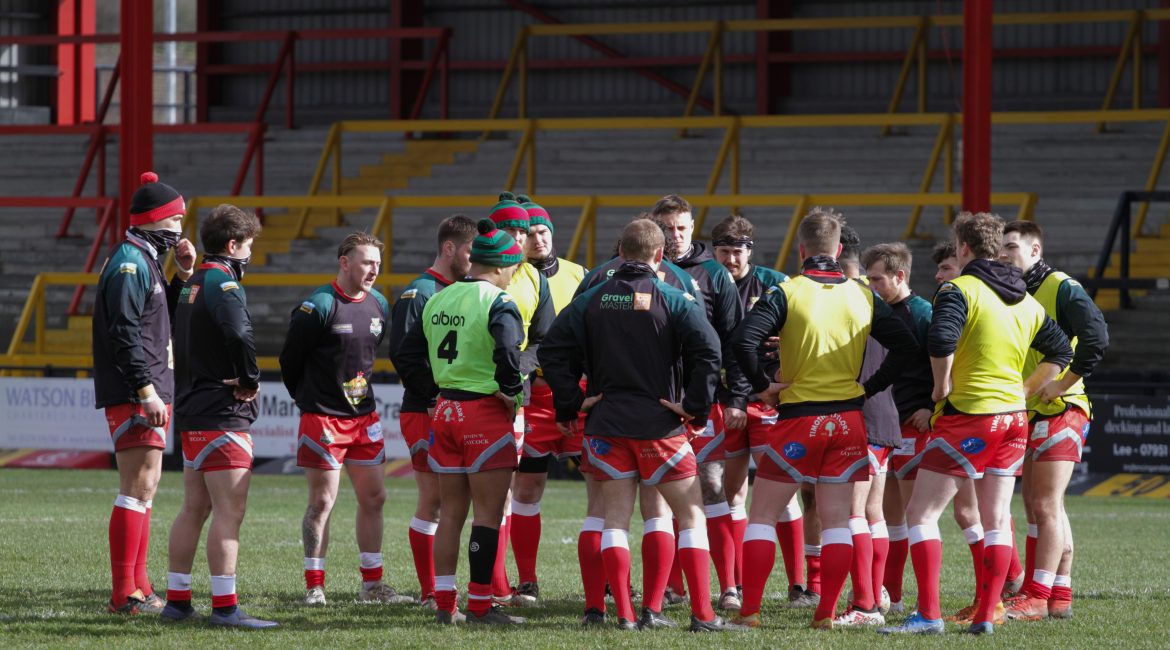 This is the first time in a month that the Keighley Cougars have taken to the field following the 24-10 defeat to London Broncos in the First Round of this season’s Betfred Challenge Cup.

London showed the difference between a full-time Championship and part-time League One side in patches as they did the small things better to work their way into a 24-0 lead.

Tries either side of half-time from Gideon Boafao, Jacob Jones, Sam Davis, and Romain Navarette

Late in the first half, a pair of late challenges would result in Robert Matamosi, Abbas Miski, and Paulos Latu all being sent for ten-minute breathers in the sin bin.

The Cougars would have the final say on the afternoon though as they scored two tries in reply as a reward for their phenomenal efforts against full-time opposition.

Mo Agoro got over for his long awaited first try for the club after great work from Taylor Prell and Ben Stead to send the Jamaica international in at the corner.

Then on the final hooter, Brenden Santi managed to power away for a try on debut from close range.

Tomorrow’s game will see the Coventry Bears in action for the first time since the 8th of March last year when they were defeated 50-6 on the road at the Barrow Raiders.

It was a first half to forget in Cumbria for the Bears, Barrow raced into a 36-0 lead as a hapless Coventry had no response to the ruthless Raiders in driving rain.

Liam Welham would cross for the visitors only score on the afternoon, Brad Clavering adding the extras.

Barrow would then have a man sent to the sin bin which allowed a mans advantage to get Coventry back into the game, but they couldn’t add to their tally.

Once back to a full complement, the Raiders would put another three tries past Richard Squires men to secure a comfortable home victory.

Head Coach Rhys Lovegrove has named all 29 players available within the first-team squad for tomorrow’s final runout before the start of the Betfred League One season in a fortnight’s time.

Scott Murrell, Jake Webster, and Spencer Darley are all in line to feature for the first time in the 2021 season after missing the Bradford and London game through their respective absences.

Wellington Albert (Ankle) and Alix Stephenson (Leg) are long term absentees, and they are joined on the sidelines by Morgan Robinson (Concussion) and Phoenix Laulu-Togaga’e (Exams).

Richard Squires has named 11 of his new recruits for the 2021 Betfred League One season in his squad for Saturday’s trip to Cougar Park.

Bradley Ho also goes straight in after arriving at the Butts Park Arena last week on a season long loan from the Bradford Bulls.

The final of the new signings to feature is Matt Welham, who is one of three former Cougars in the Bears squad alongside his brother Liam and hooker Christopher Cullimore.

KEIGHLEY COUGARS HEAD COACH RHYS LOVEGROVE: “Coventry are obviously part of that group of developing sides down south, but they have a good coach, who I enjoy speaking to, and some talented players.

“It’s important to enjoy the game in the right spirit, and a chance to put some plays on them and defend against what they have.

“Those two games against Bradford and London, we won’t be playing them again this season, but Coventry we will.

“This is a good chance for us to see what the referee wants with the new rules (like six again and play the ball) too, our first time looking at the whole perspective of the game, and how we do on both sides of the ball.

“We’ll be looking at the specifics of how we play, and I expect us to look like Keighley Cougars, as I feel we have a very unique style.”

COVENTRY BEARS PLAYER/ASSISTANT COACH DAVE SCOTT: “The last year has been really tough without regular rugby league. Naturally, everyone at the club is really excited about this pre-season friendly.

“Keighley have made their intentions clear this year and will be aiming to contend for the league title and promotion.

“We know we have a big challenge on our hands and it’s a great opportunity for us to see where we’re at. The most important thing for us is to see if we’re able to transfer what we’ve been practicing in training onto the field come match day.

“It’s a really important step in our preparation for the start of the new season. Training has had its challenges with the restrictions which have come into play, but we’re really lucky to have such a hard-working group of backroom staff who have been able to help us overcome these and get back onto the training field.”

Saturday’s friendly between the two will be the first meeting of the Cougars and the Bears since Josh Lynam’s Testimonial Match in January 2020.

The Cougars had a comfortable afternoon, easing their way to a 68-10 victory at Cougar Park.

Jack Miller was the star of the show with four tries on the afternoon in a Man of the Match performance on an afternoon dedicated to the service of Keighley’s longest serving player.

Coventry would respond with two consolation tries through Jonny Allen and Zak Fellows.

Supporters can still purchase the stream for tomorrow’s game through #CougarsTV.

The game is available to purchase at the price of £5 until shortly before kick-off tomorrow afternoon.

To buy the stream for tomorrow’s game, please follow this link: https://live.keighleycougars.uk/