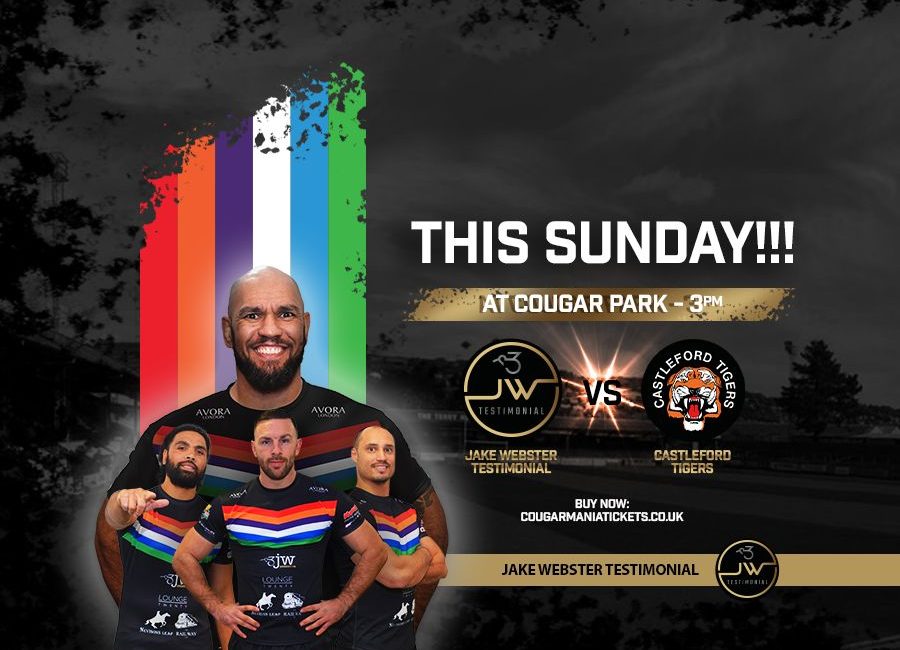 The Keighley Cougars began their pre-season campaign with a 12-24 victory away at fellow Championship side Newcastle Thunder.

In a drab first half, Evan Lawther’s score would be the only one as Newcastle took a four-point lead into the half-time interval.

The early exchanges of the second half would see the two sides exchange the lead as they looked to get a foothold in the game.

Robbie Storey would cross for the Cougars, before Thunder re-took the lead through a Brad Gallagher effort.

With the game ebbing and flowing, the visitors would edge in front as Alix Stephenson weaved through next to the uprights.

And Keighley extended their advantage as Robbie Storey raced 50 metres to round the posts.

Newcastle threatened a grandstand finish through Connor Bailey, but Mark Ioane put the result beyond doubt for the Cougars.

A youthful Castleford Tigers side showed great heart and desire but eventually went down 26-10 away at the Featherstone Rovers.

The Rovers took a two score lead early in the contest with Brad Day and Gareth Gale finding their way over the line for Sean Long’s side.

The Tigers though would pull level through Elliot Wallis and Jacob Broadbent, the tries coming either side of sinbins for Cain Robb and Josh Hardcastle following a bit of biff.

Featherstone through would head into the break in front as Craig Kopczak crashed over from close range.

After the interval, the Rovers would score two unanswered tries to make sure they took the victory on New Year’s Eve.

Thomas Lacans and Gale both crossing early into the second forty on the back of Riley Dean grubbers.

Castleford would push for a score to get themselves back into the contest, but Featherstone kept the young Fords out to take victory on the final day of 2022.

Jake Webster is included for his testimonial fixture with Luke Gale to feature for the Cougars for the first time following his suspension.

Mo Agoro returns following concussion however Alix Stephenson is ruled out through a leg injury.

Josh Lynam and Anesu Mudoti both drop out of the squad with Thomas Doyle still suspended and the pair of Brad Walker (Shoulder) and Lloyd Roby (Knee) still rehabbing.

Castleford Tigers Head Coach Lee Radford has named a 26-man squad ahead of their trip to Cougar Park.

Radford has given opportunities to the youngsters who featured at Featherstone whilst also giving first hit outs of 2023 to a number of his first team regulars and new signings.

Senior players such as Liam Watts, George Griffin, Nathan Massey, Adam Milner, and Jordan Turner, will feature for the first time with debutants in the form of Albert Vete.

Niall Evalds, Kieran Hudson, and Danny Richardson are out through injury with Jacob Miller, Joe Westerman, and Gareth Widdop not included.

This Sunday’s game will be officiated by Mike Smaill of the Leigh Referee’s Society.

Originally from New Zealand, Mike began refereeing Rugby Union in his homeland before switching codes to Rugby League after moving to Australia.

Impressing in his new home, he was awarded the New South Wales referee’s association rookie of the year award and as a result got to officiate a 2017 international friendly between Malta and the Philippines.

Relocating to the United Kingdom ahead of the 2018 season, Smaill would quickly rise through the ranks to a Grade 1 official which saw him promoted from the community game to Championship and League 1 towards the back end of that year.

Remaining a regular in the second and third tiers ever since, the Kiwi referee works for the RFL on a full-time basis as the Match Officials Business Manager.

Sunday’s game will be the first meeting between the two sides since the Tigers defeated the Cougars 64-20 at Cougar Park in a Challenge Cup tie way back in 2009.

On a warm spring afternoon, a Rangi Chase inspired Castleford would overcome a resilient Cougars side to blow them off the park in the second half and progress to the Fifth Round.

Chase would record a hat-trick of tries in a blistering 11-minute spell which saw the Tigers register four tries to put the result beyond doubt.

Dixon would also add ten conversions from the boot on the afternoon.

The Cougars though were valiant and responded with a brace from Lee Mapals and further tries from Karl Gunney and Jonny Presley.

Tickets are ON SALE ahead of the Jake Webster Testimonial game at Cougar Park this Sunday.