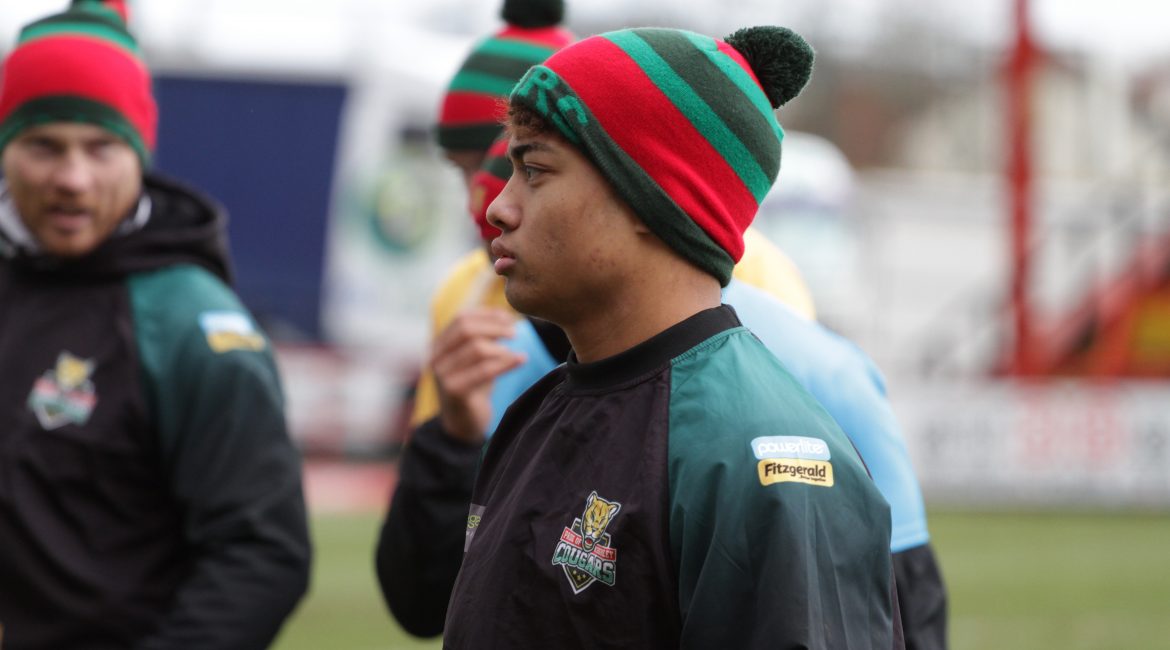 KEIGHLEY Cougars are this evening delighted to announce the signing of Phoenix Laulu-Togaga’e on a one-year deal.

The 17-year-old, who has been on trial with the club since Christmas, made Keighley Cougars club history this past Saturday when he took to the field alongside his father, Quentin Laulu-Togaga’e against the Bradford Bulls.

And his performances in both training and the Joe Phillips Memorial Trophy have impressed Head Coach Rhys Lovegrove enough to hand ‘PLT’ a permanent deal at Cougar Park.

“Phoenix is a talented young man as shown by the fact he was on the books of a premier Rugby Union club in the Leicester Tigers,” said Lovegrove.

“We were fortunate that due to the current situation with Covid, Leicester had to temporarily shut down their academy systems and it allowed Phoenix to become available to us.

“We brought Phoenix into our bubble to get some reps in on trial and he has really impressed since joining us after Christmas.

“He is a fast learner and as people will have caught a glimpse of against Bradford at the weekend, he is a very talented individual with great footwork and the ability to move the ball around the field.

“I think it is safe to say that Phe has got a very exciting future ahead of him.”

Born in Australia from Samoan heritage, Phoenix re-located to the United Kingdom as a 7-year-old in late 2010 when Quentin signed with the Sheffield Eagles.

Signing with the junior section at the Sheffield Hawks community club ahead of the 2011 season, the junior Laulu-Togaga’e would spend his entire junior career with the Hillsborough based club.

As well as featuring for the Hawks, Phoenix also spent time in the scholarship system at Super League club Wakefield Trinity before switching codes aged 16 to sign with the academy at the Leicester Tigers Rugby Union club.

Originally an outside centre, the highly touted youngster made the switch to full-back, following in Q’s footsteps, after beginning to play Union whilst in secondary school and has remained in the position ever since first in Rugby Union and also League now he’s made the transition back across the codes.

Phoenix has been allocated the number 33 jersey for the 2021 season and has been kindly sponsored for the season by A1 Stairlifts.

We would like to thank Simon Harrison and the team at A1 for their continued support and sponsorship of the club.