Matamosi Released As Pair Loaned Out 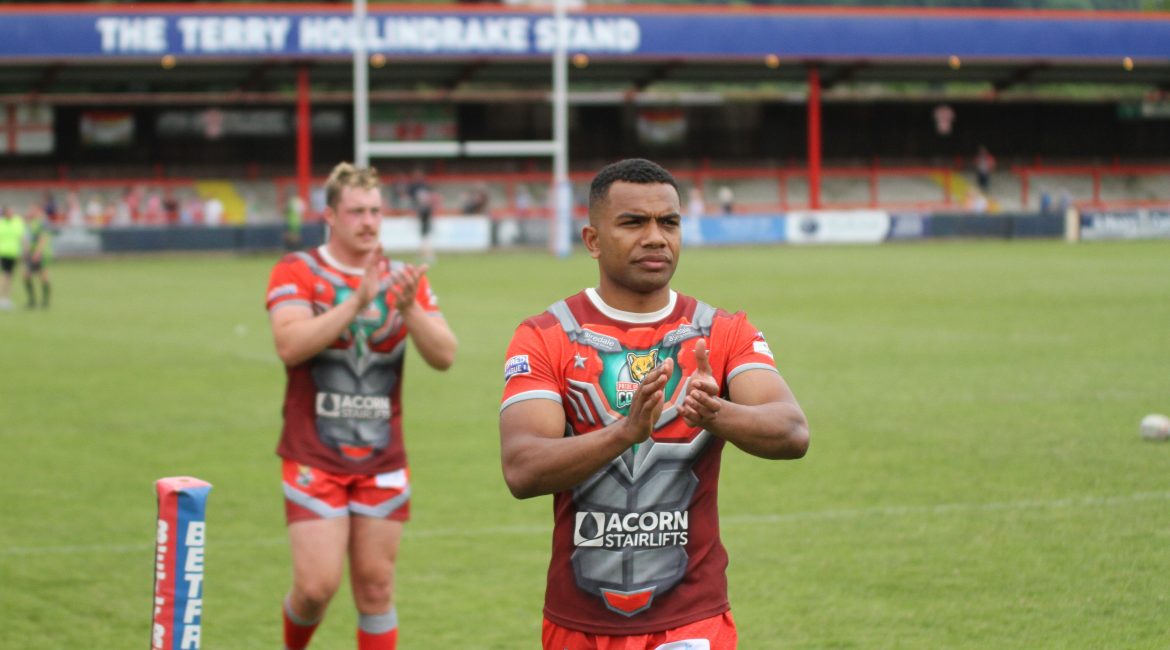 KEIGHLEY Cougars can today confirm that three players have departed the club, two on loan and one permanently.

Chris Cullimore has joined the Midlands Hurricanes on a season-long loan.

The hooker re-joined the Cougars, from the Hurricanes, for a third spell over the off-season and featured in January’s Challenge Cup defeat to Hunslet.

However, he has since struggled to break into Rhys Lovegrove’s side and has now returned to the Midlands for the remainder of the season.

Also departing on loan is Myles Tate, who joins teammates Kian Fisher and Keenan Dyer-Dixon on a season-long loan at the West Wales Raiders.

Joining ahead of this season from the Warrington Wolves, the prop forward suffered an injury in pre-season and only returned to training late last month.

The youngster heads to Llanelli for the remainder of the season in order to gain gametime and match fitness.

Keighley Cougars retain a 24-hour recall option on both players following the initial 14-day period of the loan deals.

The club have also agreed Robert Matamosi from the remainder of his contract.

Matamosi, a current serving member of the armed forces, has requested his release due to an increase in his work commitments.

Joining the club ahead of the 2021 season from the West Wales Raiders, the Fijian born winger made three appearances during his time at Cougar Park.

We would like to thank Robert for his time with the Cougars and wish him the best in his future endeavours.