Pickard Hardware Stay With The Pride For 2023 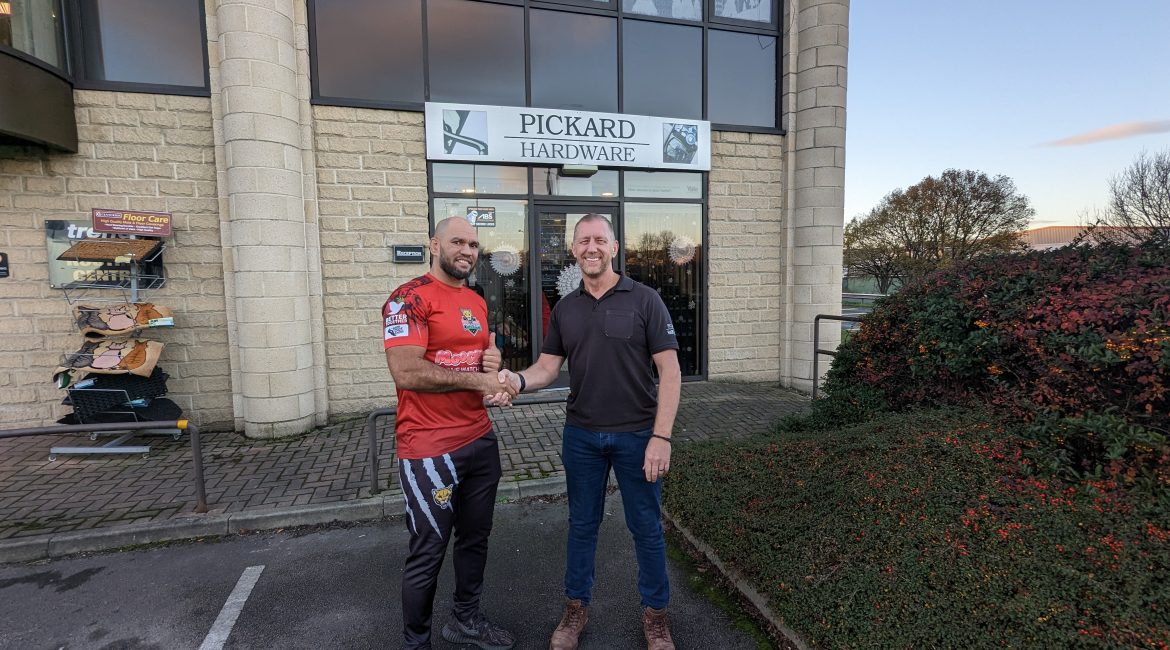 A Keighley business success story has for many years advertised in the Cougars matchday programmes.

However, we are pleased to announce that this local hardware distributor has decided to invest in more sponsorship for the upcoming season.

Pickard Hardware, based on Airedale Road, will be increasing their sponsorship of Keighley Cougars for the 2023 season as they recognise the benefits it has had for their business and the local community.

This means that next year they will be paying for their logo on our training tops and some pitch-side hoardings alongside their regular advertisements in the programme.

Pickard Hardware are known locally as a friendly family firm but this year they were independently recognised at the Bradford Means Business awards by winning the Exporter of the Year prize.

2022 has been a significant year for the business as it was their 40th anniversary of trading but it has also been the year that the Pickard family lost their figurehead and the business’ founder, John Pickard.

Now headed up by local lad and rugby league fan, Dale Spencer, Pickard Hardware is hoping to have at least another 40 successful years operating in our hometown and are excited to be part of the pride.

As Dale said: “Following previously sponsoring the programme and key player, Jake Webster, we saw further opportunities for promoting our brand, so made the decision to give it a try by sponsoring the kit and some advertising boards.

“The reason being is that, despite us being major exporters and distributing door and window hardware across the UK and beyond, we realised that many Keighley folk don’t know we’re here or think that we’re trade only.

“By sponsoring the Cougars, we hope to raise our profile in the local area and increase awareness about what we do and where we are.”

As they are true experts offering exclusive products and unrivalled expertise, their products are popular across the World with 100s of orders leaving Keighley and being shipped as far as the Caribbean!

Their large warehouse on Airedale Road sits alongside the A650 and is familiar to many thanks to their famous dinosaur, Maurice.

The warehouse houses their head office as well as a store and access to their huge range. They are open to the public 6 days a week.

Dale continues: “It’s great to support such a fantastic club that gives so much back to the community and, as rugby fans, we love helping our local team.”

Keighley Cougars are hugely appreciative of the sponsorship provided by local firms like Pickard Hardware and hope that their investment proves fruitful for both parties.

For more information on Pickard Hardware, their products and services, please visit them at their large store on Airedale Road, call 01535 665765 or visit their website, pickardhardware.com