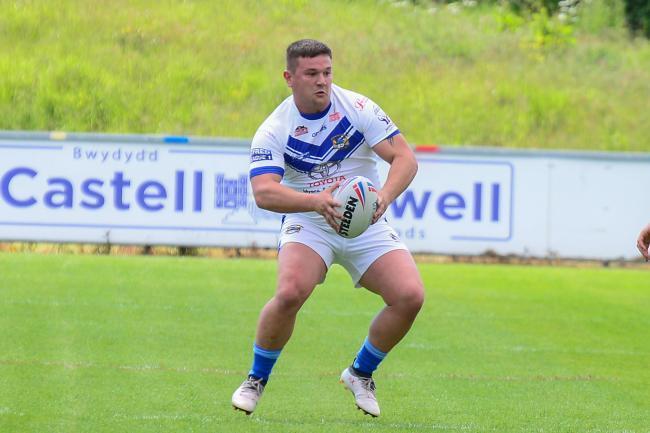 We move on to the next edition of the ‘Ones To Watch’ series with Sunday’s opponents at Derwent Park, Workington Town.

Standing at 6 foot and 6 inches, and weighing in at over 16 stone, the figure and presence of Alex Young is unmissable and undeniable on the Workington wing.

A dominating figure on the edge, since arriving at Derwent Park the winger has excelled as shown by his performances for the club to date.

Beginning his career in the junior system at local community club Oulton Raiders, his performances caught the eye of the Leeds Rhinos who signed Alex for their scholarship system for a two-year basis.

During his time at Headingley, Young would feature for the England academy in a side that would also include his now Workington teammates, Dec O’Donnell, and Caine Barnes.

Departing the Rhinos to sign with the Huddersfield Giants in 2017, the winger would make his professional debut for the Giants against his now current club before departing the John Smith’s Stadium to pursue a law degree at Northumbria University.

Dropping out of the professional game, Alex would continue his career in the student game as a member of the dominating Northumbria side that would win the National Cup in both 2018 and 2019.

However, his interest to return to the professional game would catch the interests of Chris Thorman and after being alerted to his availability by Conor Fitzsimmons, Thorman acted quickly to secure Young on firstly a trial basis before making the move permanent following his debut against Whitehaven.