Ones To Watch – London Skolars 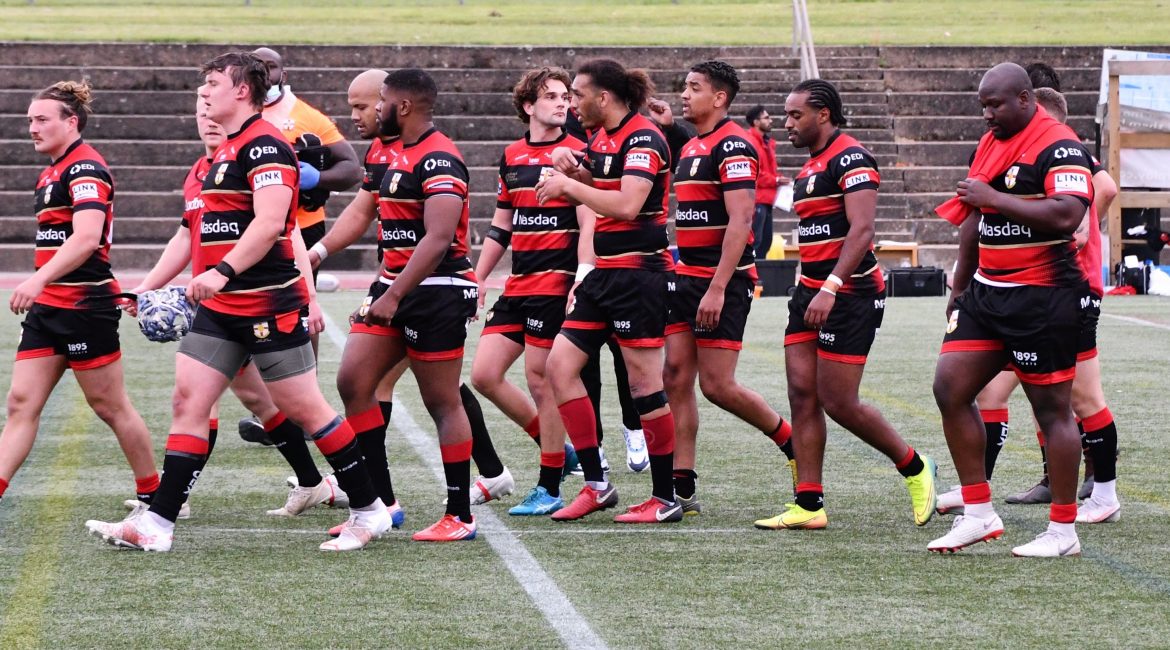 We move on to the next edition of the ‘Ones To Watch’ series with Saturday’s opponents at the New River Stadium, the London Skolars.

Now into his sixth season at the New River Stadium, Lameck Juma poses a massive threat in both attack and defence for the Skolars.

A perfect mixture of size, speed, skill, and power, Juma has become a mainstay of Jermaine Coleman’s side and offers plenty whether he be playing in the centres or in the back row.

Popular amongst his teammates and supporters alike, the versatile player is edging ever close to 100 appearances for the club.

Prior to the Covid-19 pandemic hitting, Juma had scored 23 tries in 63 appearances and will be looking to continue his form as the capital club look to push on this season.

Geordie-born Neil Thorman is a veteran of the game who offers the Skolars leadership, experience, and plenty of points from the boot.

Now in the twilight years of his career at 37 years of age, Thorman has shown no signs of slowing down and has become a key member of the Skolars side since returning to the club prior to the 2018 season.

An ultimate utility player who can play in, and cover, a number of positions across the park, Neil has shown how crucial his versatility can be and was man of the match during the Cougars 18-18 draw against the Skolars in March 2019.

Beginning his career with his hometown club, the Gateshead Thunder, Thorman would be in and out of the side as the club pushed for promotion to the Championship and would depart to head south for a first spell with the Skolars in 2009.

Establishing himself as a point scoring back at the New River Stadium, his performances for the Skolars would catch eyes both at home and abroad, and he would depart to purse an opportunity in Australia.

But Thorman would return home the UK during the 2013 season and join Whitehaven as the Cumbrian outfit avoided relegation from the Championship.

After departing the Recreation Ground, he headed back down under to play first as a player-coach with the Young Cherrypickers in Canberra before moving to Sydney to have a spell with the Coogee Dolphins.

Following three years back in Australia, Neil returned to the Skolars prior to the 2018 season via a brief spell in NARL competition with the New York Knights.

Since returning to the New River Stadium, he has played a number of positions for Head Coach Jermaine Coleman but has cemented himself as not only a regular starter but a regular at the top of the conversions and point scorers table in the division.

He goes into Saturday’s game needing 10 points to reach 500 for the club.

The London Skolars captain, Iliess Macani leads the side from the front despite being found regularly at the back whether it be at full-back or out on the wing.

After having a spell on dual-registration in 2014, and on loan in 2018, Tottenham-born Macani would sign wit the Skolars permanently ahead of the 2019 campaign after departing his previous club, the Sheffield Eagles.

A product of the London Skolars academy, the outside back would be picked up by the London Broncos and go on to make his professional debut, and a try scoring one at that, during the 2013 season against the St Helens.

Going to the Skolars on dual registration at the start of 2014, he would return to Broncos during their relegation season but stole the show on a number of occasions including a televised Man of the Match performance against the Leeds Rhinos before signing a new two-year deal.

With the Broncos now in the Championship, Macani would continue to impress and signed with the Bradford Bulls ahead of the 2017 season.

However, financial troubles once again at Odsal would put his future up in the air but he made the decision to re-sign with the newly re-formed Bradford Bulls and spent a year with the club before departing to sign with the Sheffield Eagles following the Bulls relegation to League One.

Initially a regular in the Eagles side, towards the back end of the season he would join the Skolars on loan before signing a permanent deal ahead of 2019.

Now back home at the club that produced, Macani became a key figure for the Skolars both on and off the field and was rewarded by Jermaine Coleman with the captaincy of the club.

The Jamaica international winger is into his fourth season at the New River Stadium since returning home to the capital ahead of the 2018 season.

Adding experience, speed, and size to the Skolars edges, Caro has become a pivotal figure for the club since making the decision to head back south and team up with his international coach Jermaine Coleman at the Skolars.

Coming through the London Broncos youth set-up, the winger broke into the first team in the capital and impressed during his debut season to earn a move north to sign with the Hull Kingston Rovers.

Whilst at Craven Park, his performances and try record would continue to impress as he scored 20 tries in 26 appearances for the Robins whilst also scoring a further 12 tries whilst on dual registration with the Newcastle Thunder.

However, with an influx of new talent arriving following the appointment of James Webster, Caro would find chances limited and move to Odsal and sign with the Bradford Bulls following their relegation from the Super League as looked to help them earn an immediate return to the topflight.

Joining the Bulls ahead of their Super Eights campaign that year, the winger immediately found form with five tries in his first handful of appearances for the club, but they missed out on promotion after being defeated by Wakefield in the Million Pound Game.

He would carry his impressive form into the following season as Bradford missed out on a top four finish but would go on to lift the Championship Shield with victory against the Sheffield Eagles, Omari’s form earning him a new deal with the club.

However, financial strife would hit the Odsal club and lead to the liquidation and reforming of the Bulls.

He though would remain with the new club during their relegation to the third division but would leave Bradford and join the Skolars, we has remained ever since.

A product of the old Keighley Cougars scholarship system, the prop is an established member of the London Skolars squad after initially joining Jermaine Coleman’s side prior to the 2018 season.

After featuring for both the Cougars reserves and scholarship sides, Ross would make a name for himself in the student’s game as he became an England Students international and his performances on that stage earned him a deal with the Hemel Stags.

Following an impressive spell at Pennine Way, where he would become teammates once again with a number of his fellow Cougars scholarship graduates, Matt returned north and would re-join the Cougars for the 2018 season after impressing then Head Coach Craig Lingard on trial during pre-season prior to that campaign.

Despite not featuring for the Cougars, Ross would initially join the London Skolars on loan and would impress enough to earn a permanent deal at the New River Stadium for the following season.

In the two seasons that followed, he established himself as a regular in the side and his impressive performances caught the eye of Toulouse Olympique who moved during the Covid pandemic to bring Matt across the channel to feature for their reserves in the French Elite Championship.

Despite the Broncos side not winning the Championship, he would feature regularly and has now re-joined the Skolars for the remainder of 2021 after returning from France.