Ones To Watch – Doncaster RL 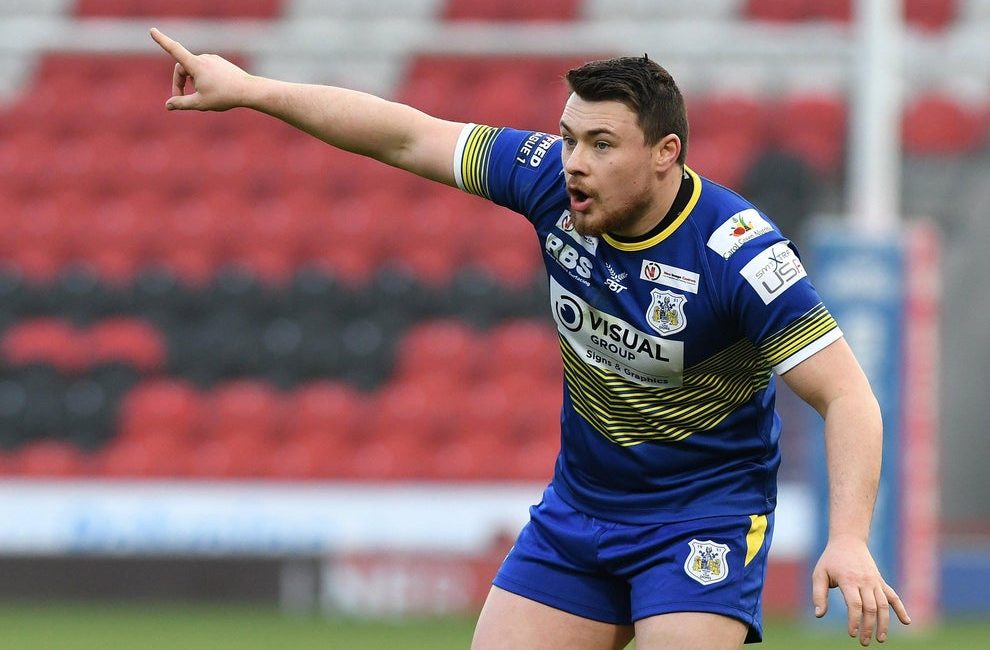 We move on to the next edition of the ‘Ones To Watch’ series with Sunday’s opponents at Cougar Park, Doncaster RLFC.

Papua New Guinea international half-back Watson Boas has returned to South Yorkshire just in time for the start of the 2021 Betfred League One season.

As a result of the travel restrictions in place through the Covid-19 pandemic, Boas has had a head start in terms of getting back out on the field and playing Rugby League.

Unable to return to the United Kingdom until last week, the half-back has spent the early part of the 2021 season on loan at the PNG Hunters in Australia’s Queensland Cup.

Watson played five games in this season’s Queensland Cup prior to his return to the UK just 14 days ago.

Prior to that the versatile international, who can play in the halves, hooker, or at full-back, had originally arrived at the Keepmoat midway through the 2019 season after a brief spell with the Featherstone Rovers.

Unable to cement a regular spot in the promotion hunting Rovers side, Watson decided to test the waters and join the Dons on loan midway through the season.

A series of impressive performances and breath-taking tries would follow suit and Boas finished the 2019 season strong, helping the Dons to the League One play-offs before both playing and scoring in Papua New Guinea’s famous victory over Great Britain in Port Moresby.

These performances on the field prompted Carl Hall to act quickly and secure his services on a permanent basis ahead of the curtailed 2020 season.

A new face to the Dons for this season, Ben Johnston arrives in South Yorkshire on the back of building a reputation as one of the Championship’s standout halves.

Produced by the Castleford youth system, the Ireland international first broke onto the scene in the second tier with an outstanding 2012 season at the York City Knights.

12 tries in 17 appearances caught the eye of the Halifax Panthers, who were quick to snap Johnston up once he became available.

Once arrived at The Shay, he formed a half-back partnership with current Cougar Scott Murrell, and they would carry the Panthers under Richard Marshall’s stewardship to two top four Championship finishes and a Challenge Cup semi-final.

After 49 tries and 123 appearances during his six seasons, the try-scoring back returned to York but did not make a single appearance as a result of the Covid-19 pandemic before making the decision to join Doncaster.

Originally joining Doncaster in 2015, his impressive performances earned a move to Dewsbury before he returned to the Keepmoat via Hunslet after two years away.

His first year back in South Yorkshire was a real standout from a personal point of view and saw him land the Man of Steel award at the club’s end of season awards night following the conclusion of the 2019 season.

An extremely familiar face to Cougars fans, the tenacious Matty Beharrell will be looking to secure another victory against his former club come Sunday afternoon.

The half-back is well known for his aggression and ability to control a game from the middle of the park and will need to be stopped in his tracks by the Keighley defence early on to not allow him to dictate the pace and direction of the match.

After impressing as a youngster in the Hull Kingston Rovers academy, Beharrell would continue to make his name with both Newcastle and Swinton prior to arriving at Cougar Park ahead of the 2017 season.

Forming a formidable half-back partnership with Benn Hardcastle, only the money issues that troubled the club the following year would see Matty leave and head to Doncaster.

Impressing in his first full season at the Keepmoat, the half-back was rewarded with a place in the League One Team of the Year and a new two-year contract in South Yorkshire.

The highly rated young forward’s signing was seen as a real coup for Doncaster after signing for the Dons ahead of the 2019 season.

Breaking onto the scene at Super League level with the Castleford Tigers, Douglas made a handful appearances for the Tigers prior to departing following the expiration of his deal after a spell on loan at Halifax.

The prop forward, who has a reputation for big hits and big runs, was highly sought after, with offers coming his way from a number of Championship clubs but opted to head to the Keepmoat Stadium.

Douglas made an immediate impact in a Doncaster shirt with several eye-catching performances as he helped the Dons reach the play-off semi-finals.